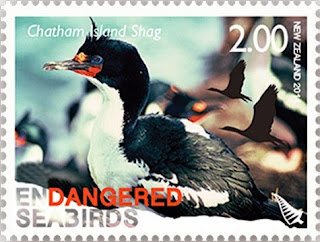 New Zealand Post will issue five excellent stamps and 1 miniature sheet which combines all 5 values on 3 September 2014 which depict attractive and interesting photographs of endangered seabirds of the New Zealand. The set was designed by New Zealand Post and lithographed by Southern Colour Print and is of great interest to collectors of "Birds" stamps as well as collectors in general:- 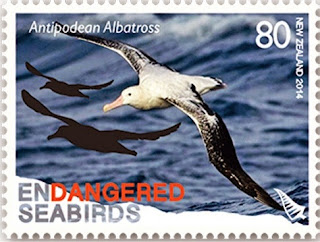 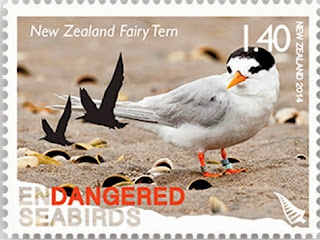 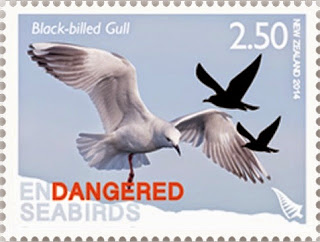 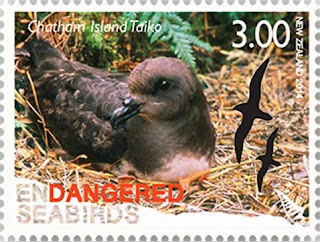 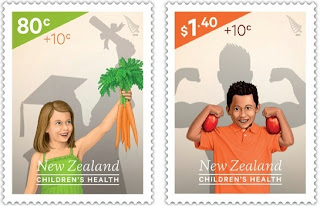 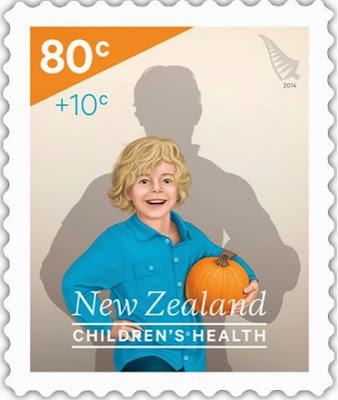 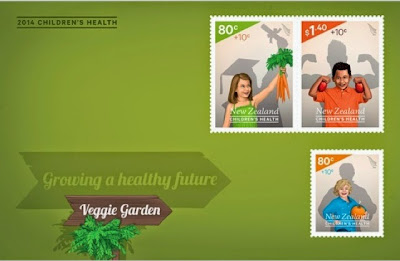 On 5 August 2014 Pakistan issued a single stamp which depicts a splendid cow to commemorate the centenary of the conservation of the Sahiwal breed of cattle:- 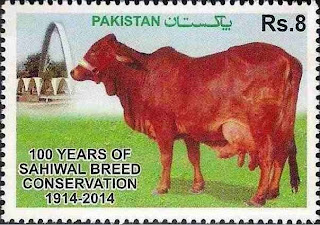 Tuvalu's latest issue is a set of 4 stamps produced as a se-tenant block within a sheetlet of 16 stamps on the subject of the Giant Pacific octopus. The set was issued on 5 August 2014 and is accompanied by a miniature sheet which contains a single stamp.
This issue is similar to several others released in 2014 by Tuvalu's New York-based agency on behalf of Guyana, Sierra Leone and Nevis as Worldwide Fund For Nature (WWF) stamps but notably does not bear the WWF symbol. I wondered why but a quick visit to Wikipedia revealed the reason why this issue is not acceptable as a WWF issue - the Giant Pacific octopus is NOT a species found in Tuvalu waters which would be a precondition for it being acceptable as a WWF issue. The Giant Pacific octopus, known also (and here's the clue) as the NORTH Pacific octopus, inhabits the waters along the coast of North America across to Japan. So why oh why has Tuvalu's philatelic agent produced stamps depicting an octopus not found around Tuvalu when there is such a wealth of marine wildlife in the South Pacific area which could have been depicted?
I do wish that philatelic agencies and postal administrations who make large amounts of money from selling thematic stamps to collectors could at least show a little respect to their customers by carrying out the most basic research on the designs which they produce so that those who buy these stamps can feel satisfied with the products they buy and do not feel as though they have been taken advantage of. Because of the irrelevance of the subject of this issue to the country whose name appears on the stamps, I shall NOT be adding this issue to my Tuvalu collection. 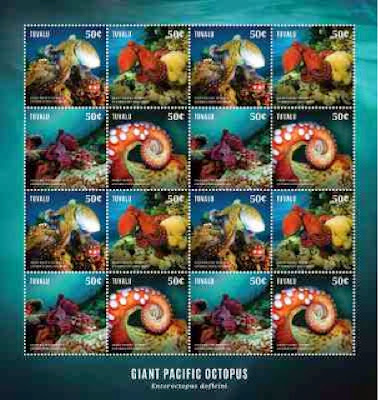 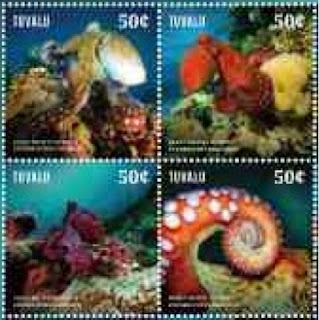 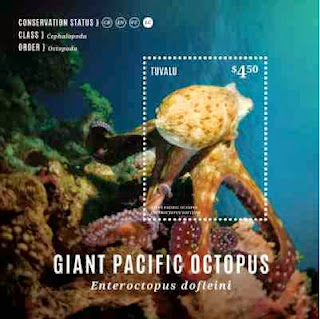 Zimbabwe's Zimpost issued 6 stamps on 3 June 2014 which had the subject of old methods of transportation in Zimbabwe. The set was lithographed by Natprint of Harare:- 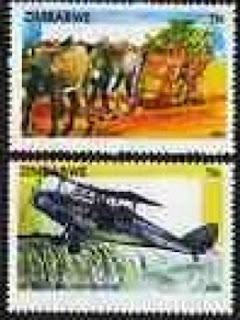 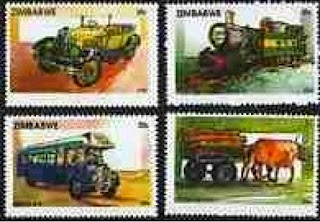