446. Malaysia Features Foul Smelling Fruit But No Scratch And Sniff.

Malaysia issued 4 stamps on 17 July 2014 which depict local fruit. The set was designed by Reign Design and printed in lithography by Percetaken Keselamasan Nasional. The 80 sen value depicts a durian fruit which gives off a spectacularly unpleasant smell when cut open - Wikipedia says that the smell "evokes reactions from deep appreciation to intense disgust, and has been described variously as rotten onions, turpentine and raw sewage. The persistence of its odour has led to the fruit's banishment from certain hotels and public transportation in Southeast Asia". Let us be grateful to Pos Malaysia that it has not chosen this particular issue to be one which has a "scratch and sniff" feature to it. On the other hand, perhaps Pos Malaysia missed the opportunity of producing one of the most memorable stamps in philatelic history. 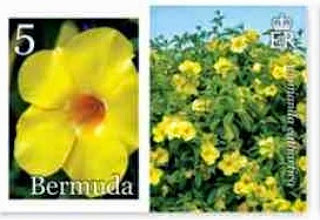 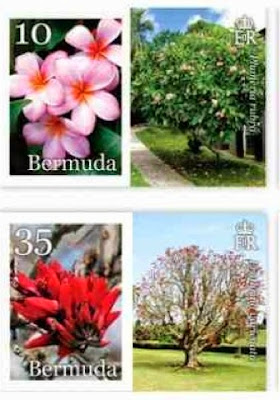 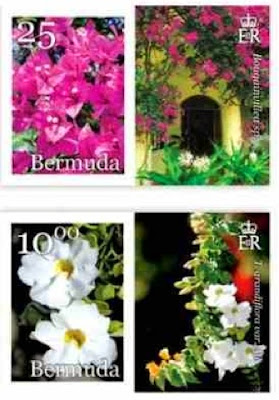 Cyprus surprisingly surcharged 3 of the "Four Seasons" stamps which were originally issued on 12 March 2014 and released them on 1 August 2014. Presumably these fulfill the role of provisional definitives to meet changed postal needs:- 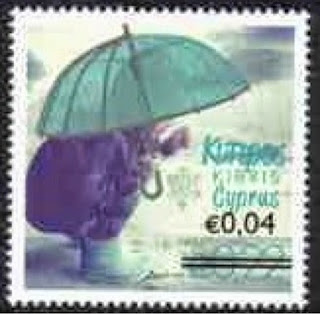 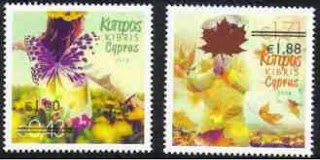 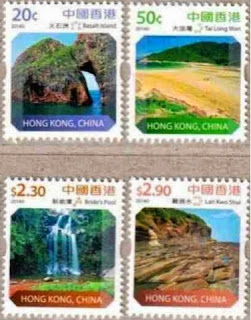 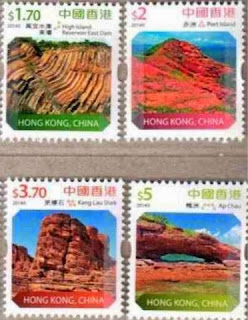 Singapore Post will issue a sheetlet of 15 different stamps and 1 accompanying miniature sheet on 4 August 2014 to commemorate the 49th anniversary of Independence:- 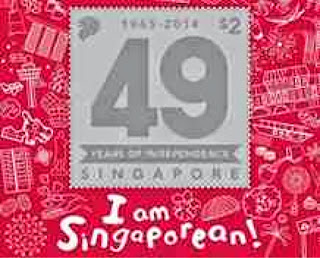 Canada Post has announced that it will issue a set of stamps in August or September 2014 to commemorate Canadian comedy performers. The first design to be released as publicity for the issue is a Permanent (85c) value which features Mike Myers and some of the film roles he played in "Wayne's World" and the "Austin Powers" series:- 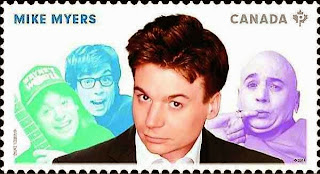 This week's issue from Australia Post commemorates siginicant national anniversaries in the form of the centenaries of the country's first military aircraft and submarine. The pair of stamps will be released on 5 August 2014 and were designed by Jamie and Leanne Tuffrey and lithographed by EGO.
The stamps specifically commemorate the first flight of an Australian military aircraft flown by Lt. Eric Harrison at Point Cook in Victoria and HMS AE1 and HMS AE2 which were commissioned by the Royal Australian Navy in February 1914. Both of the submarines took part in the occupation of Rabaul in German New Guinea during the First World War. On 14 September 1914 HMS AE1 was lost off the coast of New Britain with the loss of all hands whilst AE2 participated in the Gallipoli Campaign in 1915 but was damaged by a Turkish gunboat on 30 April 1915 and scuttled by its crew. A miniature sheet combining the 2 stamps will also be issued.

And so to the latest products released on behalf of a Commonwealth country by the agency which, like the poor, is with us always, Stamperija. This time the country whose name which appears on the products in question is Maldives. Ten issues have been produced with a stated release date of 3 July 2014 - one is a "special issue" which has been mentioned previously - the 2 sheetlets which commemorate the 2014 Football World Cup finals in Brazil (see Blog 422) - and the others are the usual sheetlets of 4 different "stamps" with accompanying miniature sheets. There are 9 sheetlets and 9 miniature sheets in all, this time on the overall subject of "Sport". The individual subjects are:- Cricket, Muhammed Ali, Horse racing, Table tennis, Chess, Judo, Golf, Rally racing and the 2014 Sochi Winter Olympic Games, the subject of which is about as relevant to The Maldive Islands as the recent Stamperija-produced set from Mozambique on the subject of polar bears (see Blog 436). 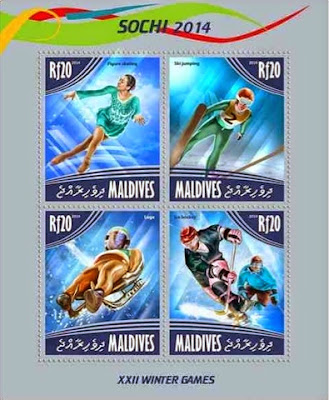 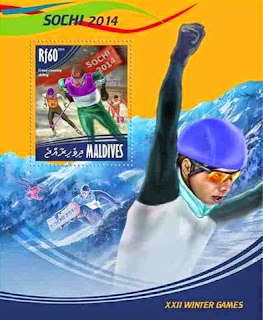 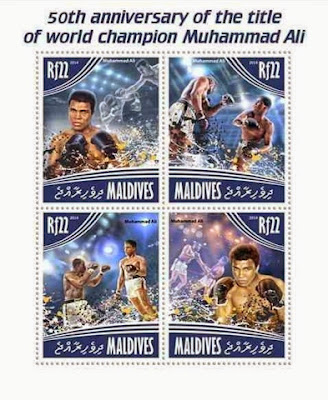 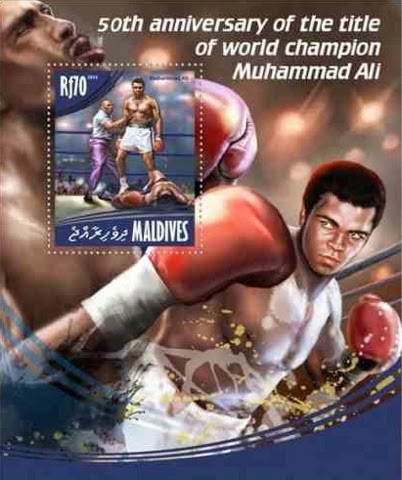 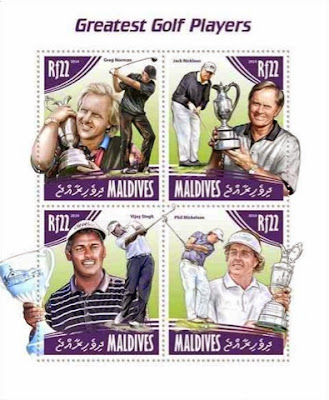 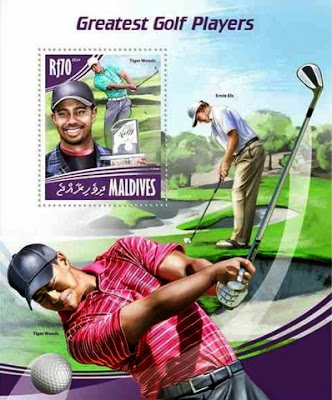 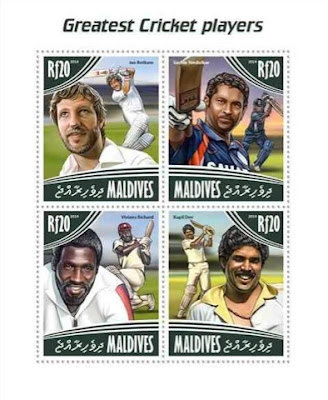 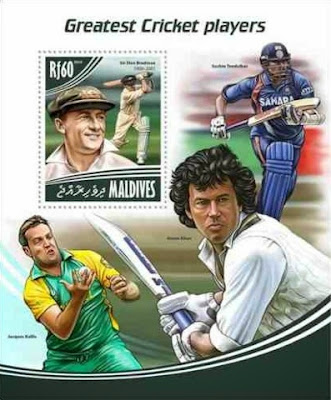 Thus, up until 3 July 2014, Maldives has had 234 "stamps" and 57 miniature sheets produced on its behalf by Stamperija during 2014 which makes a grand total of 291 philatelic items (this of course does not include the numerous imperforate varieties which have also been produced).