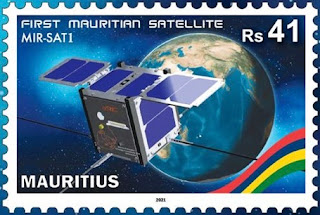 🇲🇺 The postal service of Mauritius will issue a single stamp on 7 October 2021 to commemorate the achievement of putting the country’s first satellite, MIR-SATI, into space. A colourful stamp commemorating a notable national achievement. Rating:- ****. 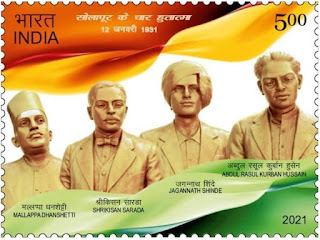 🇮🇳 India Post issued a single stamp on 2 October 2021 to commemorate the 90th anniversary of the Martyrs of Solapur. The four individuals named on the stamps had taken part in protests in Solapur against the arrest of Mahatma Gandhi in the face of marshall law which had been imposed by the British. The protests turned into rioting during which the British shot a number of the protesters and two British policemen were killed by the rioters, one being shot and the other burned alive. A number of the rioters were arrested and the four men featured on the stamp were sentenced to death for their participation in the protests and hanged on 12 January 1931. Subsequently they have been seen as martyrs for the cause of Indian independence. Rating:- ****.

🇵🇰 The postal service of Pakistan issued a single stamp on 30 September 2021 to commemorate the Pakistan Telecommunications Authority and the achievement of Pakistan having 100 million broadband subscribers. The issue was lithographed by National Security Printing Corporation Karachi and is perforated 13. Rating:- **. 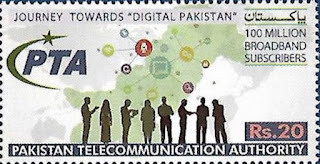 A second stamp was also issued on 30 September 2021 to commemorate the Inauguration of the 1100MW Karachi Nuclear Power Plant Unit 2 which took place on 21 May 2021. The printing details are the same as for the Digital Pakistan issue. Rating:- **. 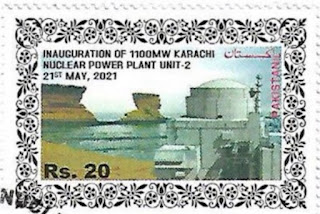 🇯🇲 We may expect Jamaica Post to release a new issue of stamps on or about 31 October 2021 to commemorate the 350th anniversary of the Jamaica Post Office. News of the stamps is awaited. 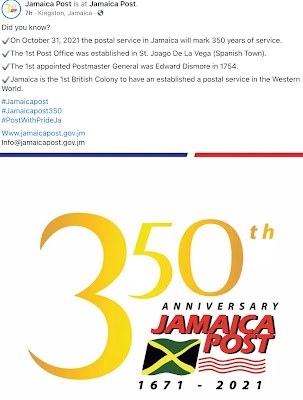 🇭🇰 The ten year-long series of miniature sheets released by Hong Kong Post which features World Heritage sites in China finally comes to an end on 12 October 2021 with the issue of the tenth sheet in the series as well as a miniature sheet containing the stamps from all 10 sheets in the series. The final single stamp miniature sheet depicts South China Karst and was designed by Kar-wai Cheng and was lithographed by Enschedé and is perforated 14. The 10 stamp miniature sheet was designed by the same designer and also lithographed by Enschedé and the stamps in the sheet have varying perforations. Interesting and colourful items but the scenes depicted are not local to Hong Kong itself. Rating:- **. 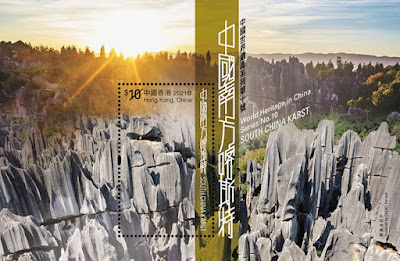 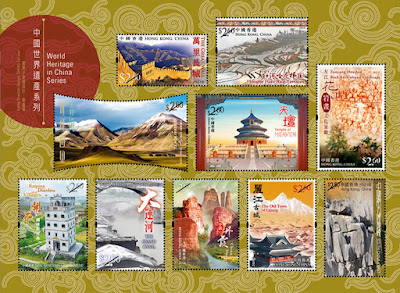