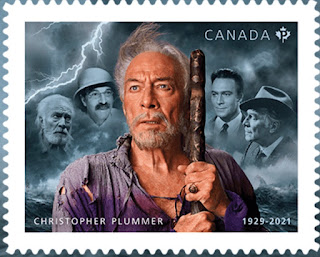 14 October 2021 - Commemoration of the actor, the late Christopher Plummer (1929-2021) who is most famous I suspect for his role of von Trapp in the movie of the musical Sound of Music. The single self-adhesive stamp which is issued in booklets of 10 also depicts Plummer in the roles of King Lear, Rudyard Kipling in the film The Man Who Would Be King and as John Barrymore in the movie Barrymore. The stamp was designed by Stephen Slipp and Spooky Pooka and is accompanied by a miniature sheet containing 6 of the stamps. Rating:- ****. 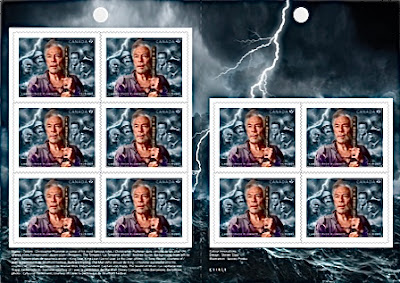 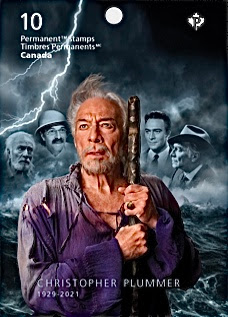 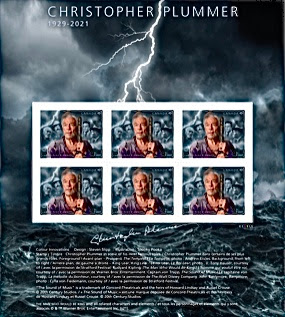 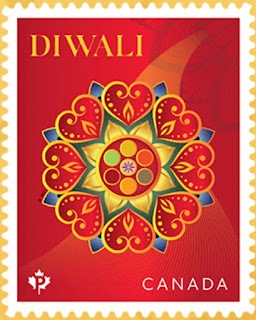 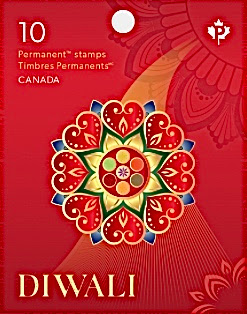 🇬🇬 Guernsey Post’s Post and Go kiosk GG02 located at Envoy House in St Peter Port will dispense strips of the Guernsey Flag stamps with an additional inscription to commemorate the Centenary of the Royal British Legion from 11 to 13 November 2021. The inscription will read, “RBL 100/1921-2021’ along with a Poppy icon.The day of issue coincides with Armistice Day.

🇬🇧 The Post and Go kiosk A002, situated at the Royal Navy Museum in Portsmouth and where Nelson’s flagship HMS Victory is located, will dispense strips of the Union Jack and Machin Head stamps with the additional inscription “Trafalgar Day” to commemorate the 216th anniversary of the British fleet’s defeat of the French at the glorious Battle of Trafalgar from 21 to 31 October 2021.