🇯🇪 Jersey Post will issue 8 stamps and 2 miniature sheets on 18 June 2018 to commemorate the Bicentenary of the publication of the Mary Shelley's novel, Frankenstein. I can not find any link between the authoress and her work and Jersey and so this seems like a remarkably lavish issue for a subject of no local relevance (total face value is £20.62p). Nevertheless this is an eye-catching issue with the designs apparently based on staged photographs. The issue was designed by So Design and lithographed by Cartor with the £3 miniature sheet being printed in 'CMYK' on lenticular gummed paper. It's lack of local relevance and high price makes me rate it - **. 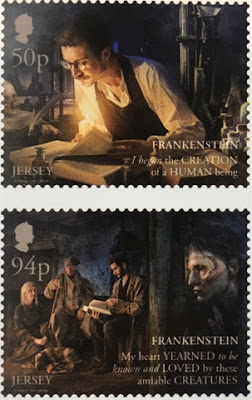 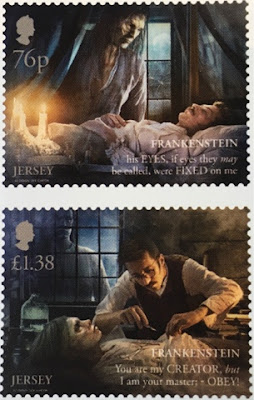 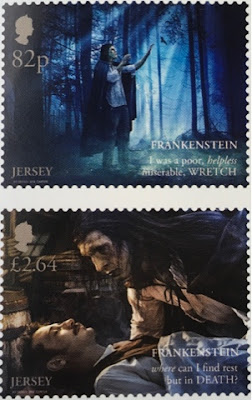 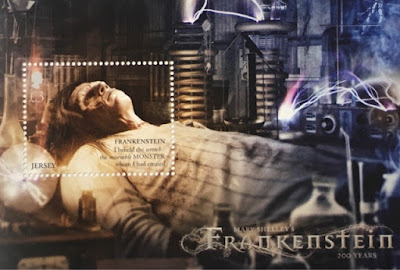 In Blog 1204 I waxed lyrical about Jersey Post's new set of stamps which will commemorate the 150th anniversary of the Jersey Society for the Prevention of Cruelty to Animals. I now include an illustration of the delightful accompanying miniature sheet:- 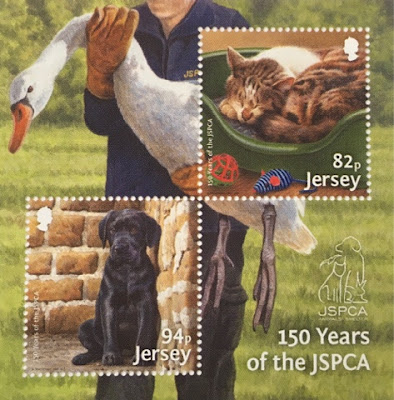 🇿🇼 Zim Post, the postal service of Zimbabwe was due to issue a set of 4 stamps on 18 July 2018 as part of its ongoing 'National heroes' series. This set was eventually released on 5 February 2018. The designs are dull and lacking in imagination but at least the total face value of the set is reasonable. Rating:- **. 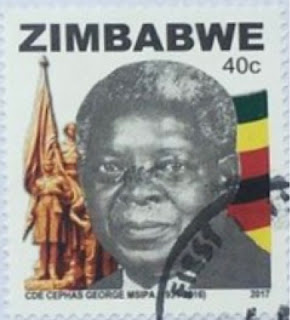 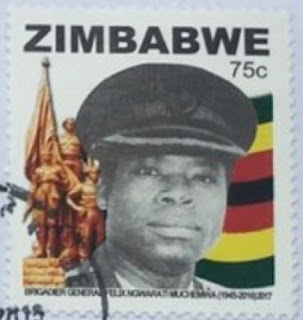 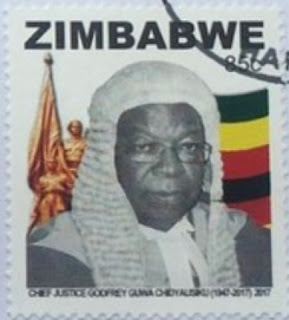 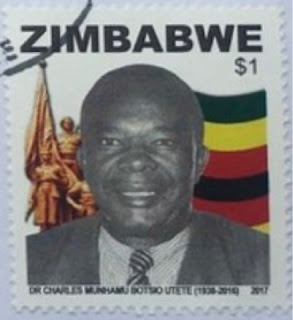 🇭🇰 Hong Kong Post will issue 6 stamps, 1 miniature sheet and 1 Prestige booklet on 8 May 2018 to commemorate the 150th anniversary of the Hong Kong Fire Services Department. The issue was designed by Yuen Kam-shing and lithographed by Cartor and perforated 14 x 14.5. Rating:- ***. 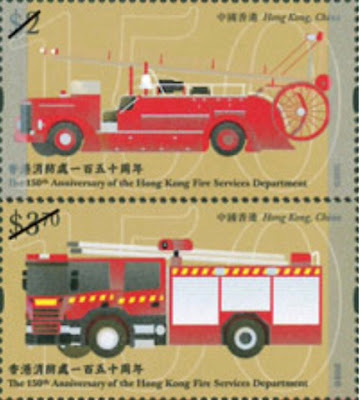 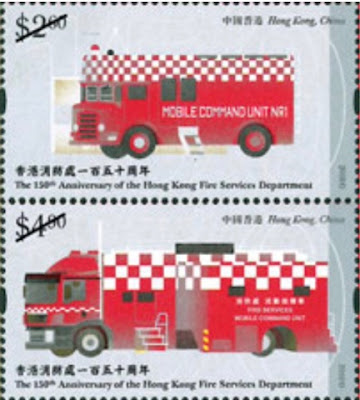 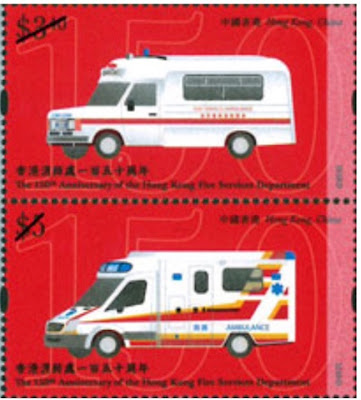 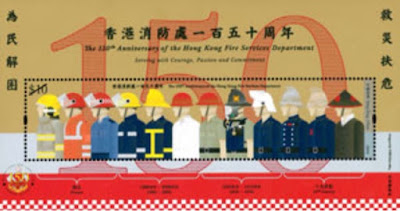 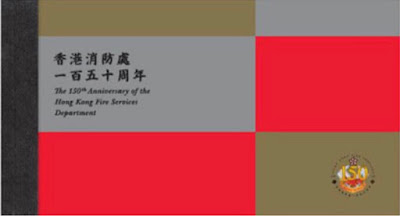