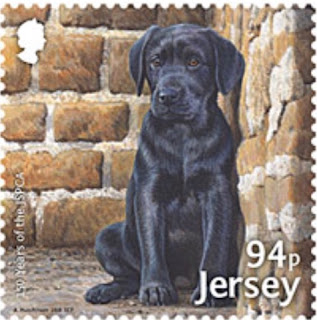 🇯🇪 Jersey Post has won me over completely to the new issue it plans to release on 25 May 2018 to commemorate the 150th anniversary of the Jersey Society For The Prevention Of Cruelty To Animals. How can I resist 2 of the set of 8 which show wonderful portraits of a black Labrador pup and an elderly, slightly chubby brown Labrador? The other designs, by Andrew Hutchinson, are also excellent with a couple more appealing dogs featured along with a beautiful cat, a guinea pig full of character, an owlet (everyone seems to want to put owls on their stamps this year) and a boa constrictor.
This is a beautifully designed set which commemorates an important local anniversary on a subject with a lot of appeal. I shall buy 2 sets - one for my Jersey collection and the other for my 'Labradors on stamps' collection. Well done Jersey Post! Rating:- *****. 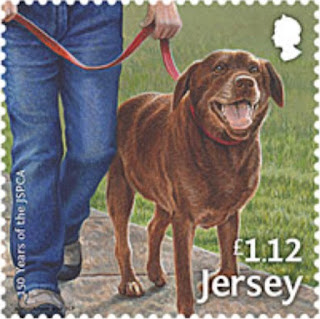 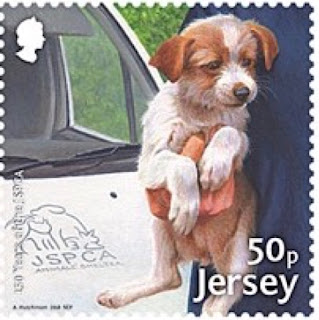 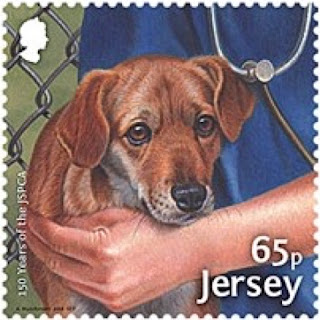 🇨🇾 Cyprus Post released 2 single-stamp issues on 28 March 2018 - one on the subject of the production of halloumi cheese and the second to commemorate the holding of the 2018 FIFA Football World Cup Championship Finals in Russia. I very much like the stamp on the subject of cheese making - rating:- **** - and the football stamp presents its subject in an interesting and unusual way - rating:- **** - so I shall be happy to add these modest issues to my Cyprus collection. 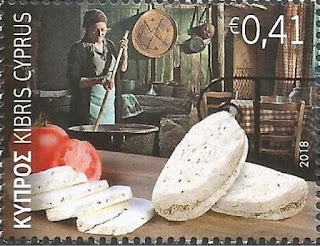 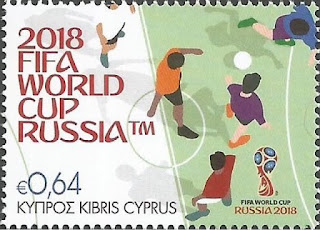 🇯🇪 Back to Jersey Post which will issue a set of 6 stamps and 1 miniature sheet on 16 May 2018 to commemorate the 75th anniversary of the RAF raid on Ruhr dams in Germany during the Second World War carried out by 617 Squadron which earned the name 'The Dam Busters' as a result.
The issue features some spectacular scenes in artwork by Interabang and Jersey Post states that the island has its links with the Dam Busters Squadron through a Jerseyman who served with the unit during the war after the Ruhr dams raid piloting Avro Lancasters in many operations including the 'Tallboy' raid on Berchtesgaden in 1945.
This is another well designed set but as the Jerseyman did not actually take part in the raid and one can not help but feel that Jersey Post really does overdo the number of stamp issues it releases on military subjects I find it hard to understand why this issue is really necessary from the island. Rating:- ***. 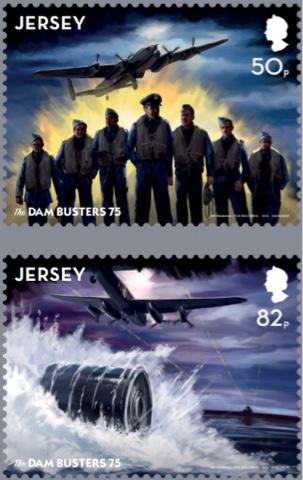 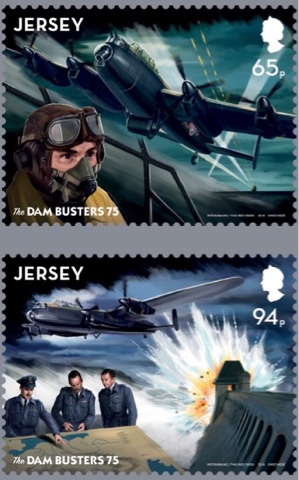 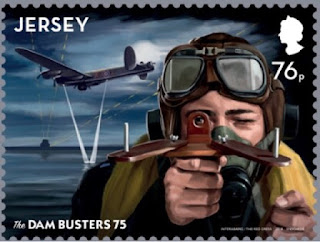 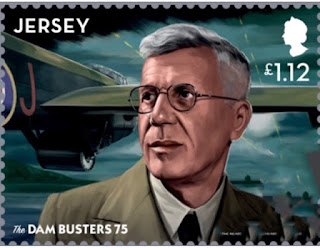 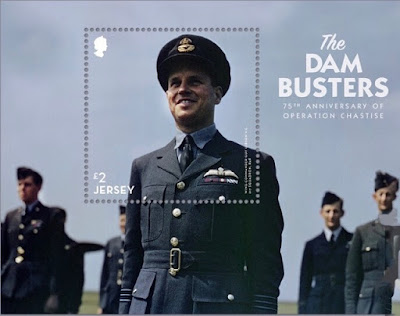