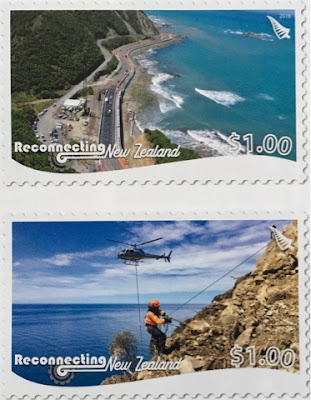 🇳🇿 New Zealand Post will issue a set of 6 stamps and 1 miniature sheet on 2 May 2018 to commemorate the engineering work which was necessary and carried out in New Zealand after the severe earthquake which took place on 16 November 2016 about 15kms north east of the town of Culverden in North Canterbury. The interesting set was designed by Saint Andrew Matautia and lithographed by Southern Colour Print and perforated 14 x 14.5. Rating:- ***. 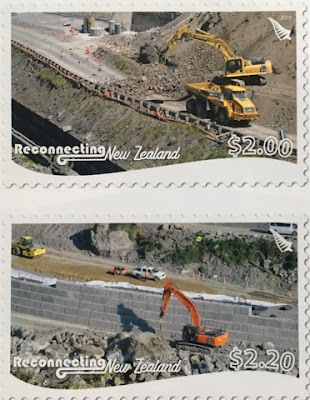 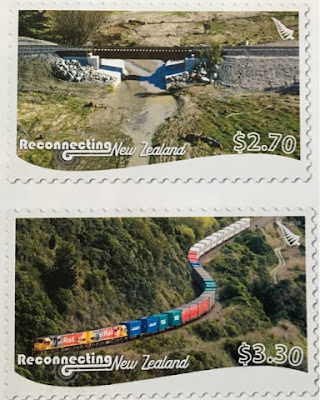 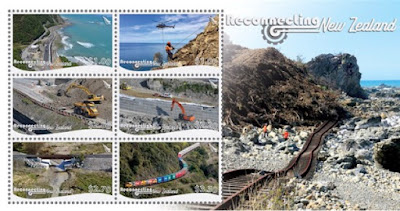 New Zealand Post will then issue 2 self-adhesive and 2 gummed stamps on 6 June 2018 featuring scenery around the country as definitives necessitated by a rise in various postage rates. An attractive enough set though doubtless the increased rates will not be at all attractive to users of the mail service. Rating:- **. 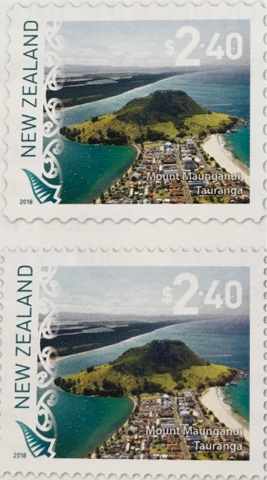 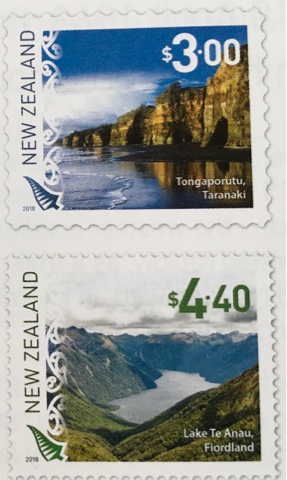 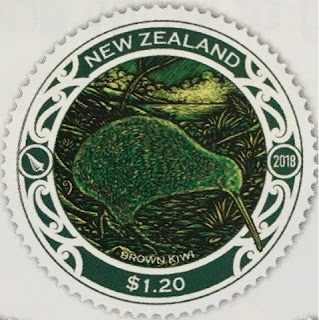 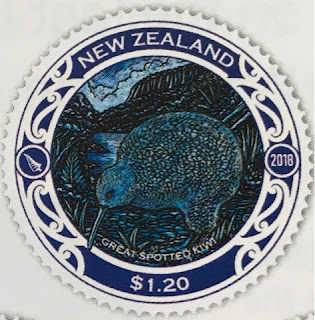 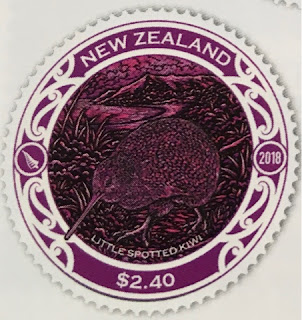 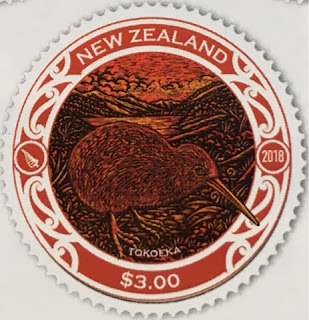 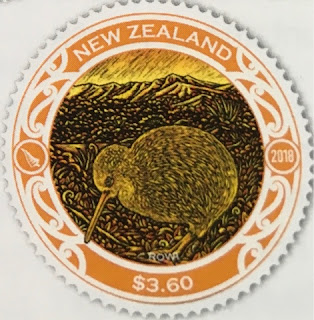 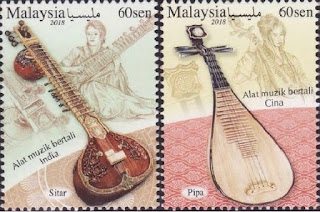 🇲🇾 Pos Malaysia issued 4 stamps and 1 miniature sheet on 10 May 2018 on the subject of Musical instruments of Malaysia and featuring stringed instruments. The delicate designs are very appealing. Rating:- ****. 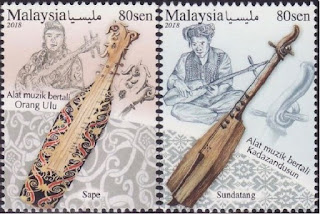 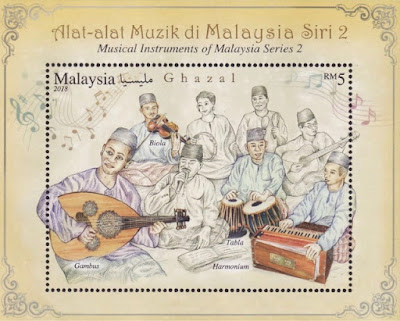 🇧🇼 Botswana Post issued 4 stamps and 1 miniature sheet on 15 March 2018 on the subject of Flamingos in Botswana. The issue was designed by Gwithie Kirby and lithographed. This is a colourful, original and interesting set of local interest. Rating:- *****. 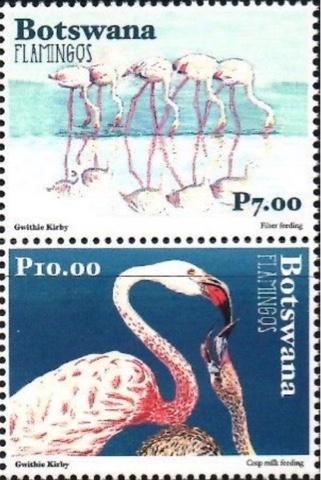 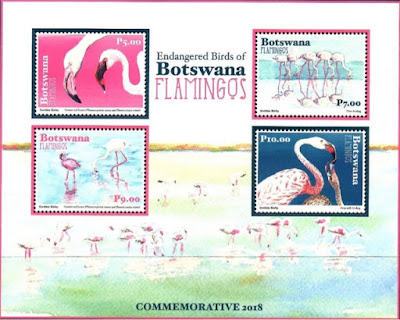 🇻🇨 I do like to include as many Commonwealth territory new issues as I am aware of in the this Blog but sometimes, with so many often very similar to each other, I overlook an issue. I think I have omitted an issue from the philatelic agency, IGPC, which has the name of St Vincent And The Grenadines printed on it which has a stated date of issue of 26 October 2018. The issue which commemorates the Platinum Wedding Anniversary of Queen Elizabeth II and The Duke of Edinburgh is made up of a sheetlet of 4 different stamps and 1 miniature sheet containing a single oval stamp. We must remember that The Queen is head of state of St Vincent And The Grenadines and therefore these products have some local relevance. Rating:- *. 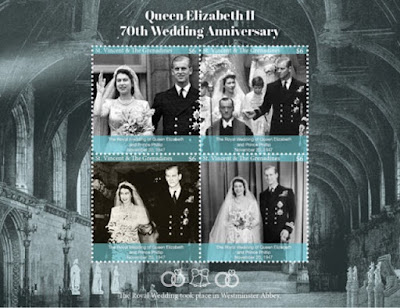 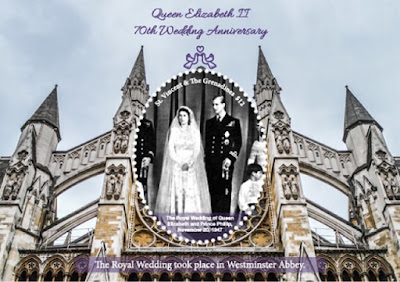 🇬🇧 Royal Mail will issue a set of 6 stamps (3 vertically se-tenant pairs) on 5 June 2018 to commemorate the 250th anniversary of the Royal Academy Of Arts in Burlington House in London. The subject is illustrated by depicting paintings by prominent contemporary artists some of whom are not generally appreciated it may be said, and with good reason, by much of the British public.
The works depicted in this issue are by Grayson Perry, Fiona Rae, Norman Ackroyd who specialises in aquatint work and likes to present dramatic paintings of subjects such as St Kilda (depicted on this stamp) in that medium, Barbara Rae whose work is usually extremely colourful, Yinka Shenibare who seems to specialise more in contemporary sculpture and Tracey Emin who needs no introduction.
In a way, I quite like this set which exposes the public to the sort of art in which Britain is leading the world - that is - it would expose the public to it if anyone ever bought commemorative stamps for their Mail any more. As soon as I can provide better reproductions, I will but it may be that this art looks better when the pictures are slightly blurred. Rating:- ***. 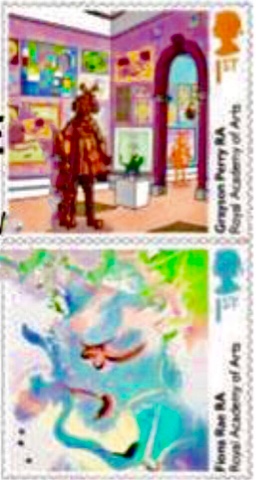 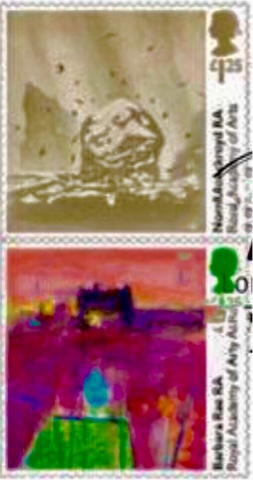 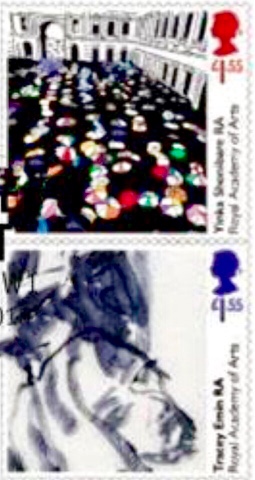