🇬🇧 The editor of the Stanley Gibbons Stamp Catalogues has revealed that he has created a 'Supplementary Appendix' in the new 4th edition of Stanley Gibbons East Africa Catalogue to accommodate stamps which were originally placed in the Appendix section of the catalogue but have subsequently been found, sometimes years after their original issue date, to have actually been sold in post offices and to have received genuine postal usage.

Mr Jefferies states that, "The listing uses temporary numbers and is unpriced as we are sure that there will be a great many more stamps to add to it".
It's a difficult problem for the editor. He mentions that, "In recent weeks I have heard that Antigua And Gibraltar, to name but two, do not sell anything but definitives in their post offices" and questions whether or not "we should cease to list all their special issues". In reply to that one, I say that if the stamps are not being sold with the primary intention of their being used on mail, then they are 'Collectables' first and foremost and not true 'postage stamps' and therefore should be listed in the Appendix, so that collectors know that they exist but do not feel pressured to buy them just because they have a catalogue number.
In all events, the status of new issues seems to have taken a very complicated turn when one now has 3 sections of a catalogue - main list with numbers, appendix and a supplementary appendix. I think it emphasises the point that 'completion', 'one of everything', is impossible in this modern day and age and wouldn't make for a very nice collection even if one did  have the inclination and money to pursue such a goal. Collectors should ensure that they know what they're collecting and make it clear in their mind about what they want to get out of a collection and not feel as though they have to follow a catalogue listing which is generally based on someone else's opinion and nothing more. That way leads to being able to derive maximum pleasure from one's collection and not to gloom which is associated with a collection full of stuff one's not interested in nor doesn't like. 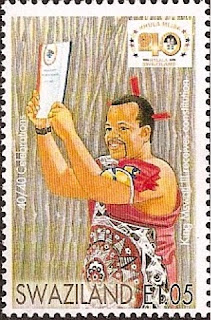 🇸🇿 King Mswati III, the absolute ruler of what up to now has been known as Swaziland, declared on 18 April 2018 that thenceforth the country would be known by a new name - The Kingdom Of eSwatini. Presumably this will have philatelic consequences, possibly an overprint of the new name on the current definitive series which depicts Trees and dates back to as long ago as 2007 so e-Swatini's postal service may wish to release a completely new definitive series without bothering with overprints. Presumably too all future stamp issues will be inscribed with the new country name including the set due on 6 September 2018 to commemorate the 50th anniversary of the country's achievement of Independence. Time will tell. 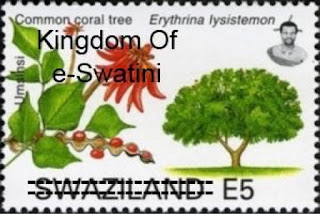 🇹🇷 The postal service of The Turkish Republic Of Northern Cyprus released its first stamp issue of 2018 on 6 April in the form of 2 values from the 'Struggle against Cancer' set of 2015 with surcharges applied to them. Rating:- **. 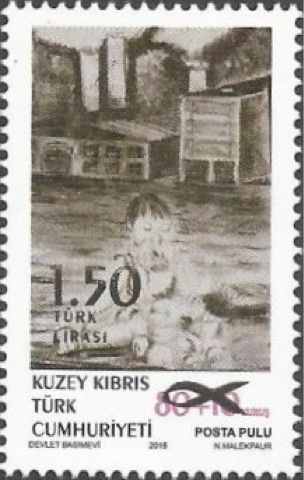 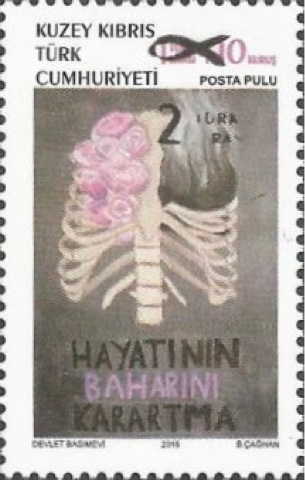 🇬🇧 Royal Mail has commemorated the celebrations in Stratford upon Avon which mark the anniversary of the playwright's birth which take place this weekend by adorning a postbox in the town with quotations from some of Shakespeare's works. It's interesting for tourists to see and doesn't cost stamp collectors a penny. A free commemorative you might say. 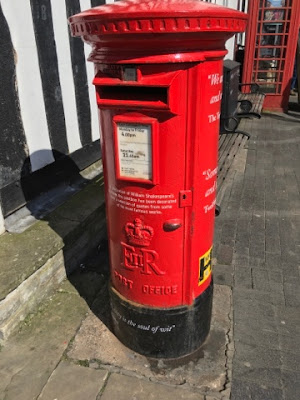 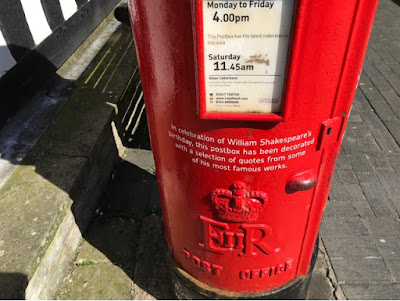 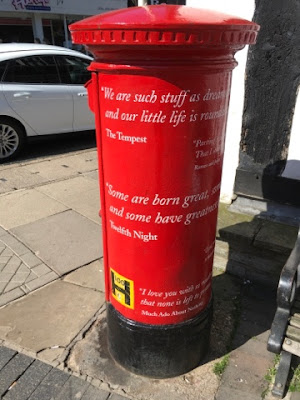