1208. 🇦🇺🇬🇧 Commonwealth Games Handed On From Gold Coast To Birmingham. 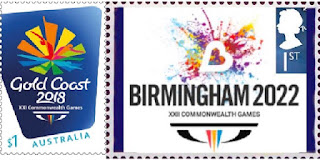 🇦🇺🇬🇧 After a memorable closing ceremony in Gold Coast, Australia, the 21st Commonwealth Games has ended and the Commonwealth Games flag has been passed on to Birmingham, The United Kingdom's second biggest city and awarded the Games as the representative city of England. We look forward to future stamp issues to commemorate Birmingham's hosting of the Games which is the third biggest sporting event in the world with 71 nations and territories having participated in Gold Coast. Royal Mail has issued previously several stamps depicting views and buildings in the centre of Birmingham:- 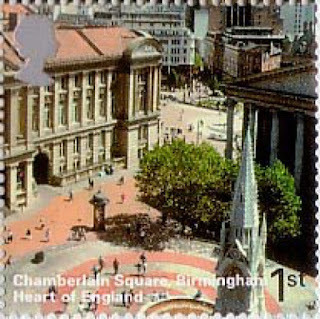 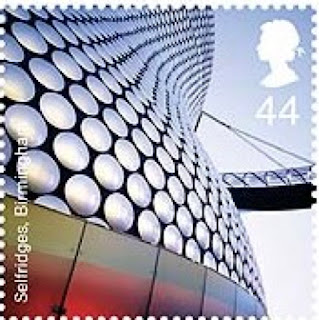 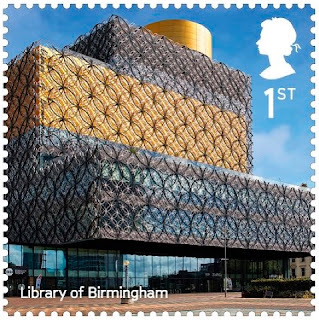 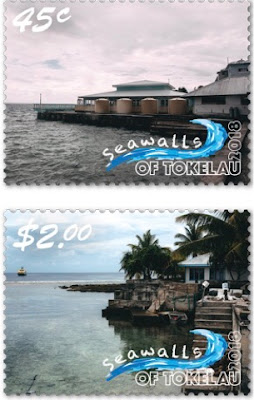 🇹🇰 The postal service of Tokelau will issue a set of 4 stamps and 1 miniature sheet on 2 May 2018 on the subject of Sea walls of Tokelau. The issue serves to emphasise the role of these constructions in protecting Tokelau in the face of rising sea levels associated with climate change. This very interesting issue was designed by Saint Andrew Matautia and lithographed by Collectables and Solutions Centre in Whanganui and perforated 13.5. Rating:- ****. 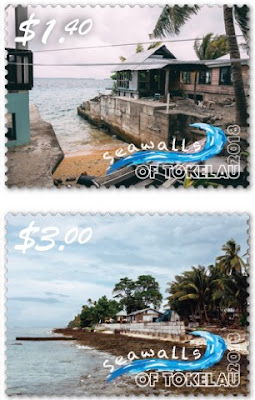 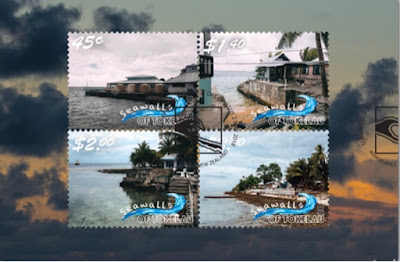 🇹🇷 The postal service of Turkish Republic Of Northern Cyprus is planning to release the following issues during 2018:-

🇫🇯 Fiji Post has released 2 issues so far in 2018. I do not have satisfactory illustrations of either yet but those provided give an idea of what has appeared.
Fijian local newspapers reported that a se-tenant block of 4 stamps was issued on 28 February 2018 as a joint venture with The People's Republic Of China on the subject of Chinese New Year, Year of the Dog. The stamps have a distinctly Chinese influence in their design and to me have little merit. The best photograph that I could find is illustrated below but the picture of the stamps is obscured by Isaac Mow, the Acting Chief Executive officer of Fiji Post. We must not be too surprised that an official gets more prominence in the publicity for this issue as it often happens now in various countries that the local official or politician is after their own publicity rather than passing on useful information to the people who might like to see the stamps themselves. Rating:- 0. 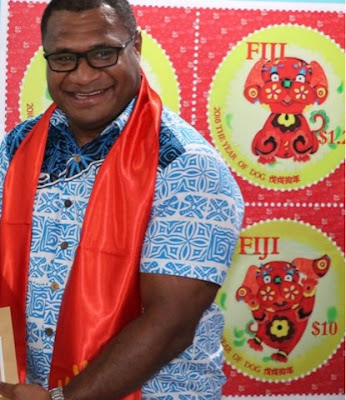 Having co-operated with China in the production of the above stamp issue, Fiji Post then turned to an issue which commemorates the 50th anniversary of the arrival of the United States Peace Corps voluntary service in Fiji. Perhaps it's wise for a small country to look both ways at the same time especially if you can get both sides to provide you with a stamp issue to sell to support your Post Office's funding.
The stamps, issued on 28 March 2018, trace the history of the Peace Corps in Fiji over the previous 50 years and aren't exactly the most exciting of designs but at least they are relevant locally. Again it's hard to find a good illustration of this issue so far - as with the Chinese new year issue publicity photographs concentrate on featuring Fijian and American officials rather than the stamps themselves. Rating:- **. 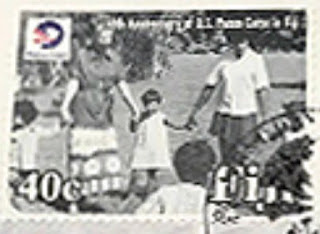 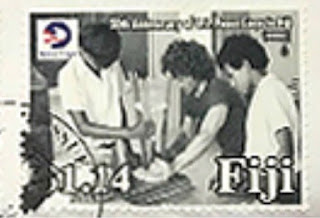 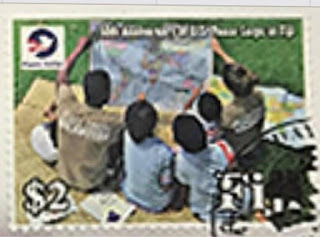 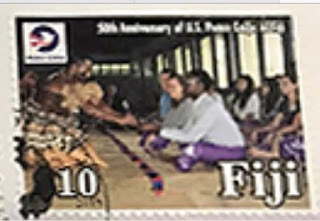 🇳🇦 Nam Post, the postal service of Namibia, issued 3 stamps on 12 March 2018 on the subject 'Ox cart to Airplane' which illustrates domestic transport in Namibia through the ages. The issue was designed by Elke Le Roux and is interesting but not very colourful. Rating:- ***. 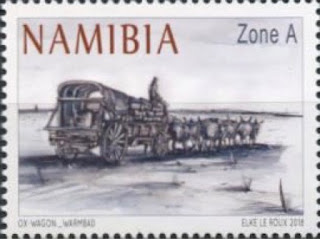 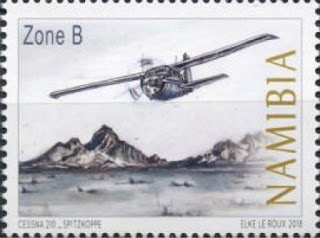 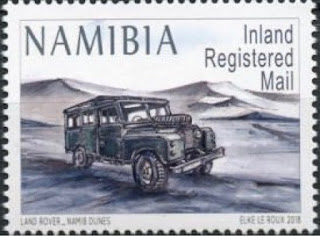