🇬🇧 Royal Mail will issue a large number of items on 23 January 2018 on the subject of the television programme Game Of Thrones which is largely filmed in Northern Ireland. The issue will include a set of stamps, a miniature sheet, a retail booklet, a Prestige booklet, a Collectors Sheet and some Post and Go items.
In Blog 796 I described the 10 'Smilers' stamps produced by a collaboration between Royal Mail and Tourism Ireland which were produced in a 10 stamp Collectors sheet. The stamps were the 1st Class Northern Ireland regional definitive with labels attached which depicted motifs from the television programme.
I am at a disadvantage here as I still have never seen this programme but I realise that it is immensely popular and suppose, therefore, that Royal Mail has a winner on their hands with this issue with potentially very large sales of these items.
I'm sure that details of this mega-issue will emerge over the next few days. 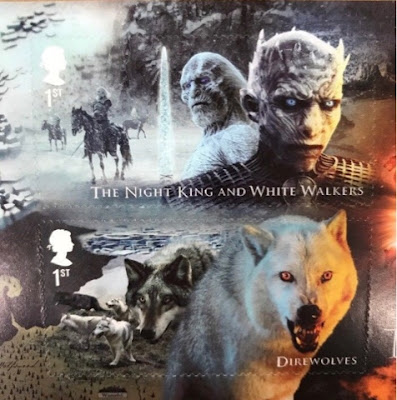 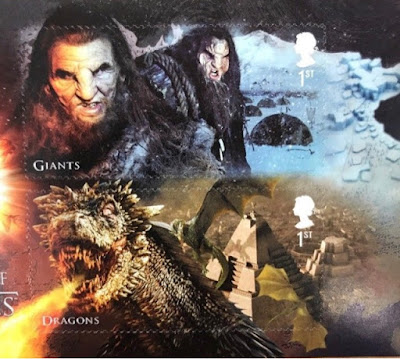 🇧🇹 Bhutan Post issued a sheetlet of 8 different stamps and 1 accompanying miniature sheet on 30 November 2017 on the subject of 'Peaks of Bhutan'. This is another attractive issue which gives the collector a view of the country as all recent issues have done. Rating:- ****.
The 'Bhutan pheasants' issue featured in Blog 1146 was also issued on 30 November 2017. 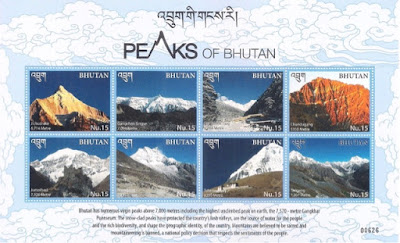 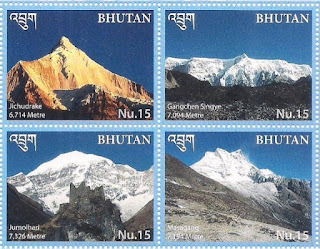 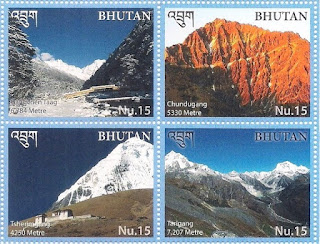 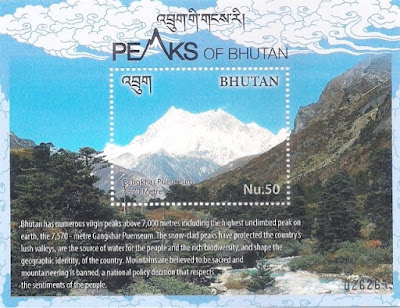