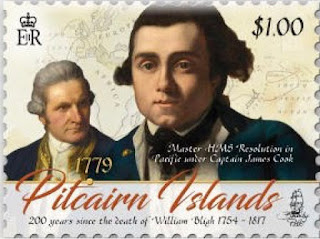 🇵🇳 Bounty Post, the postal service of Pitcairn Islands, issued a set of 4 stamps on 7 December 2017 to commemorate the Bicentenary of the death of William Bligh whose casting adrift by the mutinous crew of HMS Bounty proved to be a pivotal moment in the history of Pitcairn. The issue reminds us that Bligh should not just be remembered for the Bounty mutiny but that he served under the explorer, Captain James Cook, fought in the Battle of Copenhagen under Admiral Nelson and served as the Governor of New South Wales. Another excellent set from Pitcairn but it has been a busy philatelic year from this minuscule territory - 8 new issues - which might be considered to be more issues than we really want to see it releasing in a single year. Nevertheless, for this issue, Rating:- *****.
The issue was designed by Denise Durkin and lithographed by Southern Colour Print and perforated 13.5. 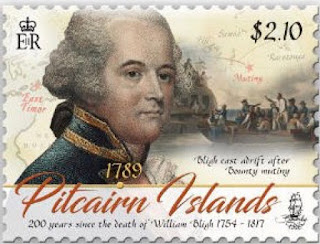 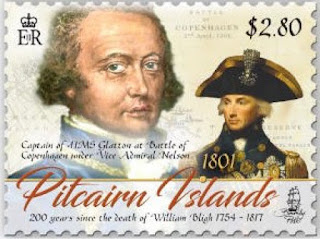 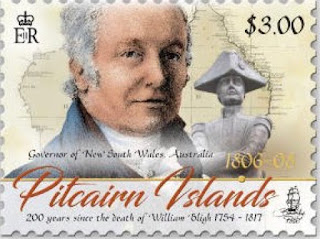 🇦🇺 Australia Post's new issue programme for the first 2 months of 2018 is reminiscent of Stamperija on steroids. And that isn't a compliment. 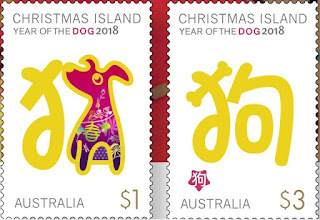 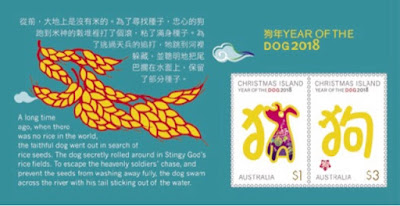 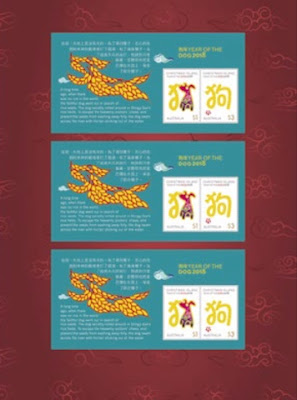 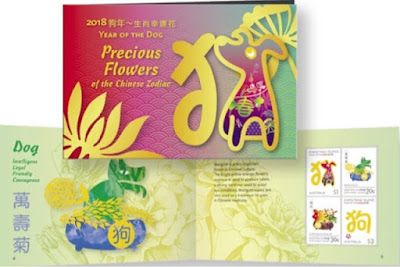 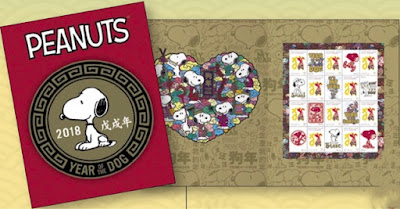 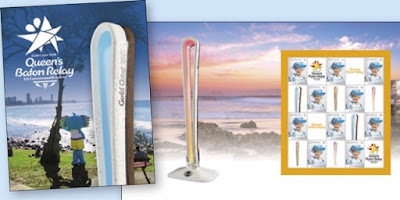 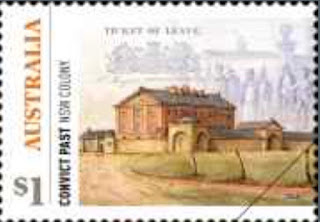 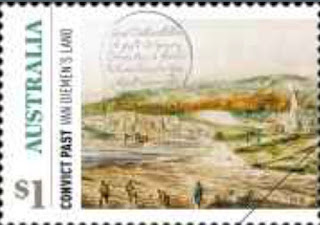 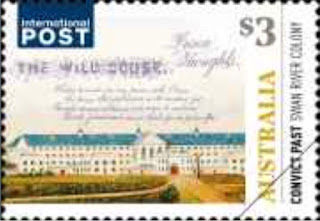 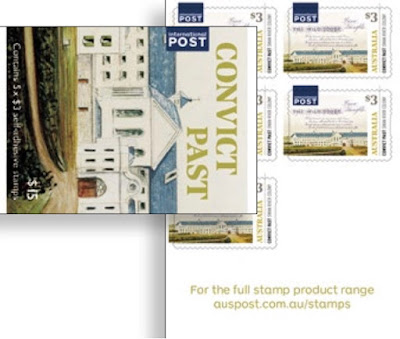 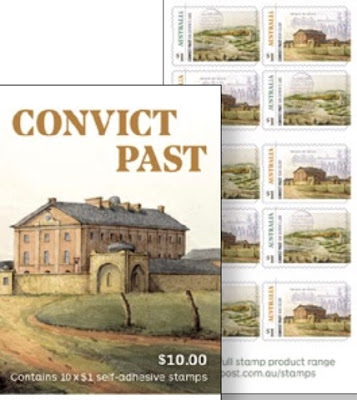 Yet more "Collectors' packs, presumably also to be issued during January 2018. The emphasis of these 3 is on providing items for children. The first is titled 'Down on the Farm' and depicts appealing farm animals on labels attached to 10 Greetings stamps. The second is on the subject of 'Snow White'  and contains a pane of 10 x $1 'Snow White' labels attached to 10 'Heart of roses' Greetings stamps. The third pack contains a pane of 10 Greetings stamps with attached labels featuring Dinosaurs and commemorates the 25th anniversary of the American movie, 'Jurassic Park'. Each of these packs are sold for $12. Rating:- 0. 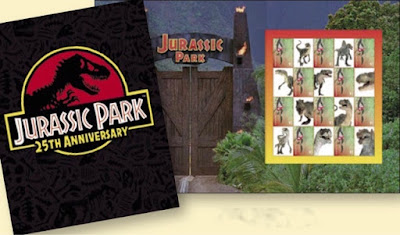 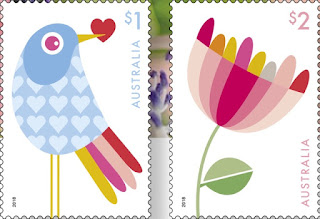 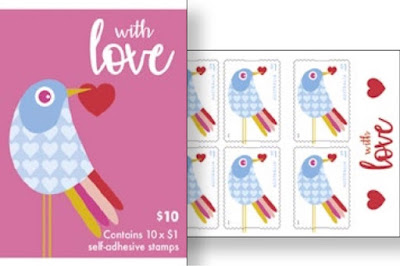 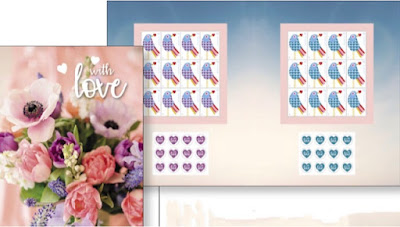 Due to be released on 28 November 2017 is a set of gummed stamps (total face value $4), 1 gummed miniature sheet ($4) and 4 self-adhesive stamps (sold in booklets of 20 at a price of $20) on the subject of the fascinating plants known as Banksias. An interesting and attractive set but put in the context of all the other philatelic items being flooded on to the market, hardly necessary. Rating:- **.
The issue was designed by Celia Rosser and Jo Muré and lithographed by RA Printing and perforated 14.4 x 14. 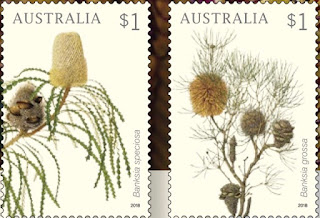 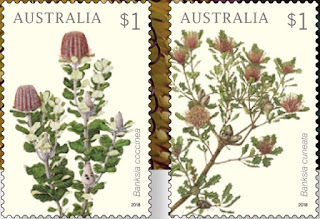 🇳🇫  A $5 miniature sheet inscribed 'Norfolk Island' will be released by Australia Post on 27 February 2018 on the subject of Golf in Norfolk Island. This is an attractive item bound to be of interest to golf players and was designed by Neil Walker and lithographed by EGO and perforated 14.5 x 14. Rating:- ***. 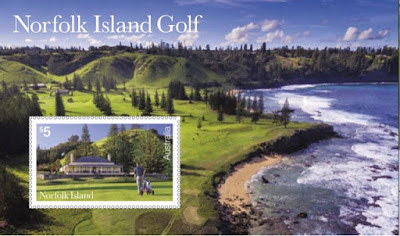