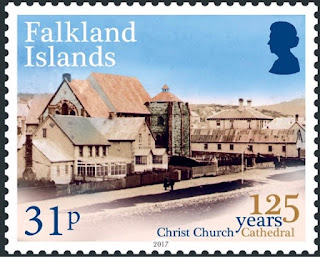 🇫🇰 The next issue from the postal service of the Falkland Islands will be a set of four to be released on 18 December 2017 to commemorate the 125th of the founding of Christ Church Cathedral in Port Stanley. This is an excellent set and was designed by Bee Design and lithographed by Cartor and perforated 13 x 13.5. Rating:- *****. 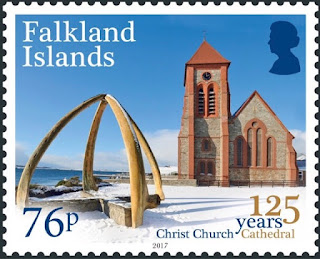 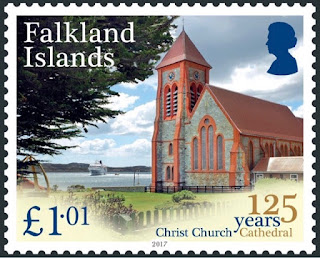 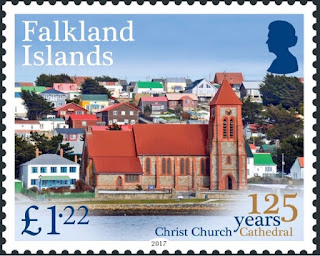 🇲🇹 MaltaPost has issued a new type of variable value stamp which is dispensed from a postal kiosk. The stamps bears a Malta Post logo as depicted below. These are real stamps, obtained from machines not humans, which serve a genuine postal role. Rating:- *****. 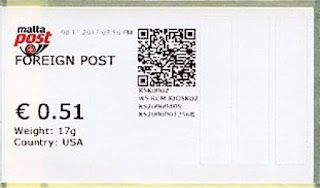 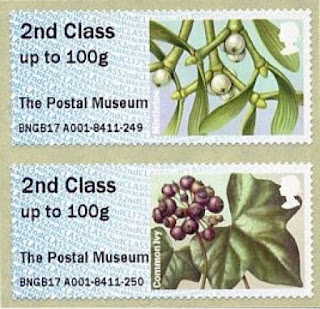 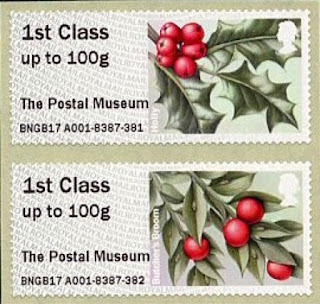 🇯🇪 Jersey Post will issue 1 stamp and 1 miniature sheet on 5 January 2018 to commemorate the lunar new year which this time is to be the Year of the Dog. The issue was designed by Wang Huming of China. Rating:- *. 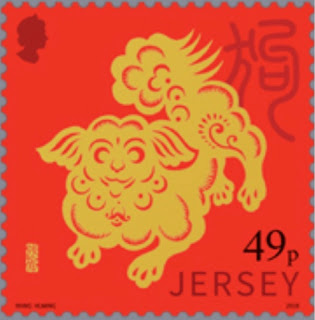 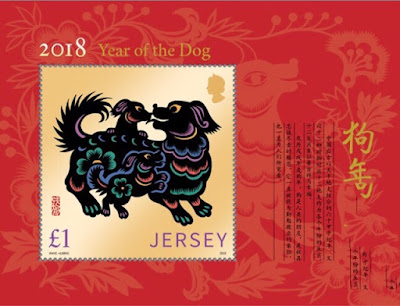 🇧🇿 During the course of 2017 the Belize postal service has released 2 values from its long running current definitive set with revised date inscriptions '2017'. Rating:- ***. 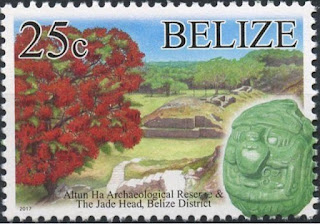 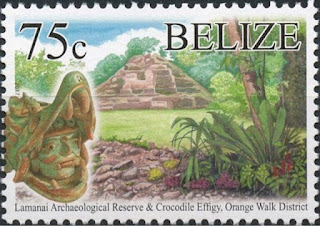 🇦🇺🇨🇽 Having mentioned and complained about similar items from New Zealand Post, I feel it is only fair to mention this product from Australia Post which is inscribed 'Christmas Island Australia'. The product takes the form of a "999.9% (sic) pure gold" (according to the Australia Post Stamps and Coin Collectables website) miniature sheet sold in a perspex stand and commemorates Lunar new year, The Year of the Dog. No date of issue is specified. With a face value of $4 it is being sold for $99 - not really something you'd want to use to send a letter to your aunt in Perth, I think. Rating:- 0. 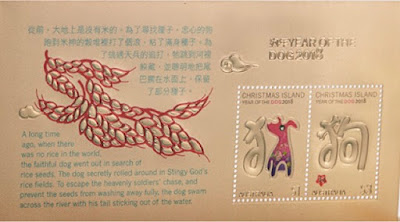 🇮🇲 Isle Of Man Stamps and Coins releases so much material on to the stamp market that it's easy to overlook what is being put out. Take, for instance the following little gems. The 6 stamps which commemorate Dr. John Taylor, of whom I would think hardly anyone has ever heard and which were issued on 13 September 2017, were accompanied by the subsequent release of a prestige booklet, cost £15.16p and a "self-adhesive pane" taken from, but sold separately from, the booklet and costing another £7.58p. I have only just noticed that these items have been released. My collection will be none the worse for their absence from it. Rating:- 0. 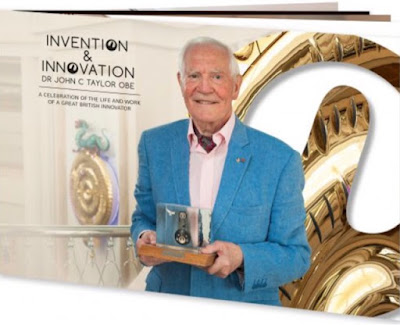 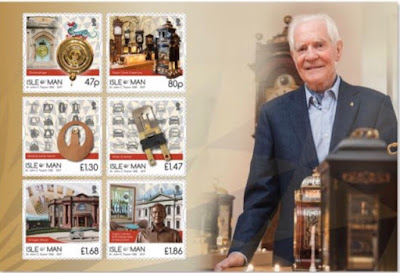