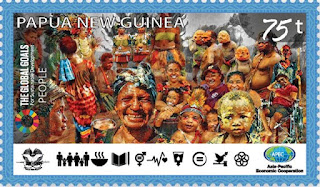 🇵🇬 Post PNG, the postal service of Papua New Guinea, has announced another new issue which was released on 4 December 2017 to commemorate the assumption of the Chairmanship of the Asia Pacific Economic Cooperation group of nations by Papua New Guinea. The issue is made up of 6 stamps and 3 miniature sheets and marks an important role for the country worthy of philatelic commemoration.
The exciting designs are by Billy John Telek and the issue was lithographed by Southern Colour Print. Rating:- *****. 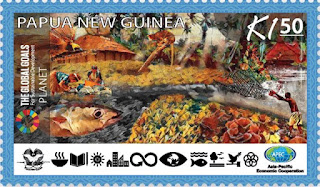 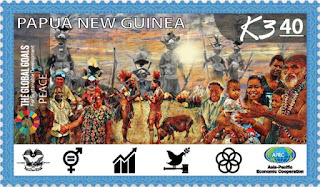 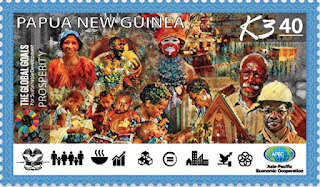 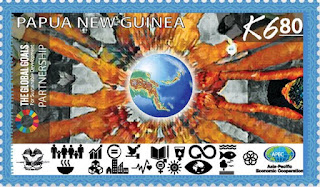 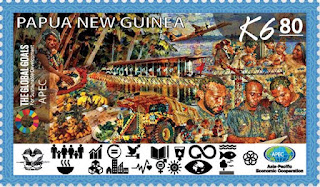 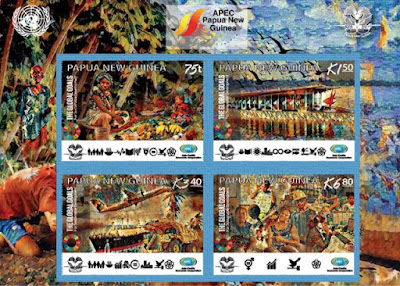 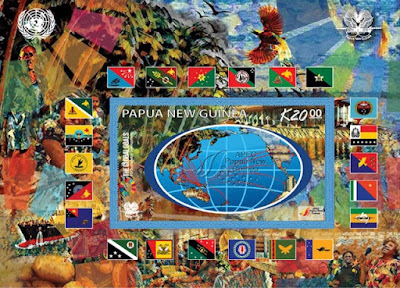 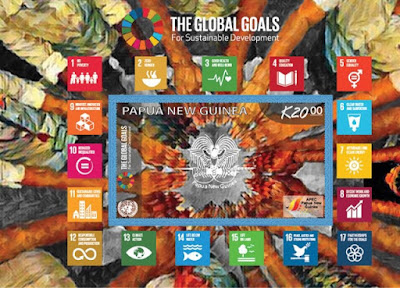 🇳🇺 The Niue postal service issued a set of 4 stamps and 1 miniature sheet on 6 December 2017 to commemorate Christmas. The issue depicts Christmas wreaths made from local flowers and is very attractive being designed by Saint Andrew Matutaea and lithographed by Collectables and Solutions Centre in Whanganui and perforated 13.5. Rating:- *****. 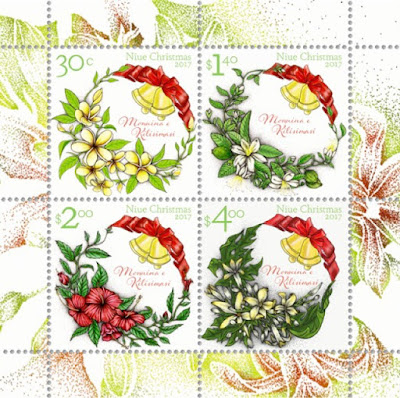 🇹🇰 Similarly the postal service of Tokelau also issued a set of 4 stamps and 1 miniature sheet on 6 December 2017 to commemorate Christmas. Again, this is a reasonably attractive set but I think that the designs should have used depictions of the shepherds, Mary and the Angel not as characters with Western European or North American features but with the faces and looks of Polynesian people, those of the people of Tokelau. This issue was also designed by Saint Andrew Marutaea and lithographed by Collectables and Solutions Centre in Whanganui and perforated 13.5. Rating:- ***. 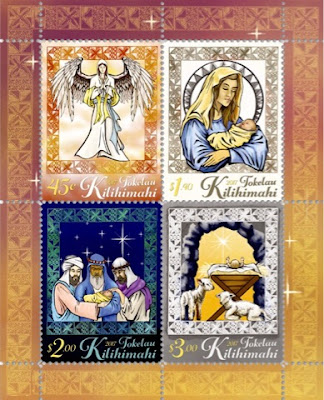 🇫🇯 Bombay Stamps has added a set of 8 stamps from Fiji Post to its latest Worldwide stamp issue list.  The stamps included are various surcharges on the 44c Purple swamphen which date from 2016 and 2017 and I have depicted some of them in previous Blogs (but not all).
The definitive news on these Fiji surcharges is best sought on Stampboards where lesbootman has provided detailed updates on these issues and numerous varieties of them for a number of years.

Simply, as far as I can see, the following items were issued as outlined below:-

The complete set is being sold by Bombay stamps for $1.05c. 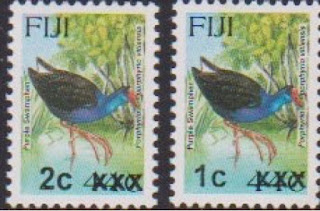 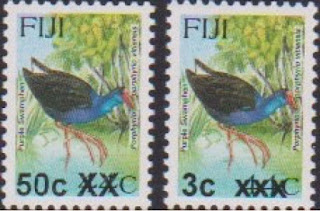 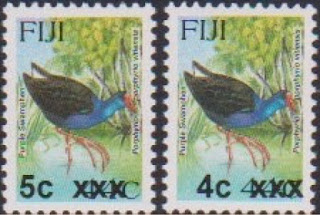 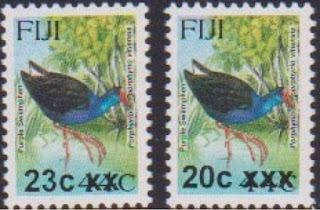