🇬🇧 Royal Mail has provoked a lot of head scratching among seasoned collectors of its stamps by making them wait to find out what the subject of the large issue due for 23 January 2018 was all about. Serious Blogs, led by Norvic Philatelic Blog, have been unable to report on the nature of the issue because all news was embargoed by Royal Mail and Norvic's contract with Royal Mail prevented Ian Billings from breaking the embargo. Even though he knew what the subject of the issue was all about he could not write anything that would give the nature of the subject away.
Then it all became clear that the first issue of the year from Royal Mail would be about the internationally highly popular television programme 'Game Of Thrones' and the revelation resulted in an enormous amount of interest in the issue. Cleverly played, Royal Mail. The more collectors were denied knowledge of what the issue was, the more they wanted to find out and hence the resulting interest was increased to higher levels than it otherwise would have been. But this interest will be mainly limited to stamp collecting circles until Royal Mail's big launch of the issue in the national press when, no doubt, members of the non-collecting general public will also become interested in the stamps and other products.
Ten stamps (2 se-tenant strips of 5) make up the basic issue and feature characters from the series and a self-adhesive miniature sheet will also be released and will contain 5 stamps as depicted in Blog 1151. Other products include a retail booklet, a Prestige booklet, a 'Collectors' sheet and Post and Go stamps.
Some collectors are irritated by the nature of this issue but I welcome it. Firstly there are few Royal Mail issues which are relevant particularly to Northern Ireland and this issue is a philatelic showcase for the country as the series is made there. Secondly it is bound to be popular with the public and will sell well and who knows when non-collectors buy these stamps they may just ponder going into stamp collecting as a hobby. 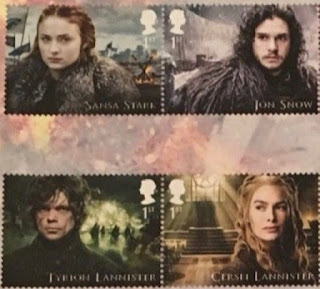 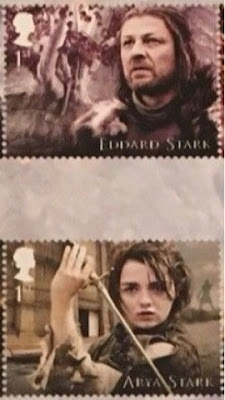 I think Royal Mail is really doing a very good job in helping to save stamp collecting. Yes, one or two issues have been unwelcome and there are far too many stamps being issued along with all the other items that accompany the basic stamps but I believe that Royal Mail has got the right idea and is recognising a potential big seller when it sees one and featuring it on stamps when the subject is at or near to its peak of general public popularity. And if the public knows about stamps and buys some on a subject that appeals to it then it might just buy other stamps and begin a collection. This populist stamp subject policy might just be the way to save stamp collecting in Britain at least.
Fantasy and science fiction subjects seem to be the way to open the door to the general public's heart and there's no doubt that stamps featuring veteran popular musicians also fit into this approach.
In 2004 Royal Mail issued 10 stamps to commemorate the 50th anniversary of the publication of the first two part's of Tolkein's trilogy, The Lord Of The Rings. At the time the books had caught the public's imagination because of the release of spectacular movies based on the books. Scenes from the movies were used on stamps from New Zealand Post so Royal Mail used an approach which meant that original art in the books was used as the basis for the stamps' designs. This was an approach to issuing stamps which would appeal to the public who were enthused by a current entertainment fad. It would probably have been more successful if Royal Mail had been able to use scenes from the Lord of The Rings films but it signalled the route to the production of more populist stamps as a means of achieving greater sales and interesting a wider range of people. 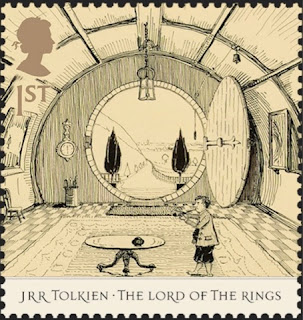 It seemed a good idea to cash in on the everlasting and widespread popularity of Britain's most important modern popular music group - The Beatles - and so, in 2007 such a set was issued along with a miniature sheet and this issue did prove popular and not just to established stamp collectors. 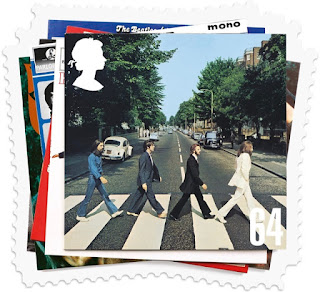 What other contemporarily popular subjects could be featured on stamps at the time of their maximum popularity? Well in 2007, nothing was more popular than the Harry Potter books and films. Again there was a set of stamps and a miniature sheet. The set depicted covers from JK Rowling's books and the result was a set of stamps with very crowded designs; the miniature sheet was awful - drab and wholly unexciting. How much more exciting again would a set depicting scenes from the movies have been. Nevertheless there was some interest in the Harry Potter stamps - Royal Mail issued them at the height of the popularity of the character and was able to make an impact on both collectors and the general public.
Later, in 2011, a set of stamps titled "Magical Realms" included 2 'Harry Potter' stamps. The stamps had much more appeal as they depicted the cinematic realisation of Dumbledore and Voldemort and perhaps if the whole set had been devoted to Harry Potter characters it would have proven to have been a massively popular set. 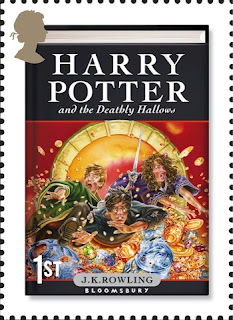 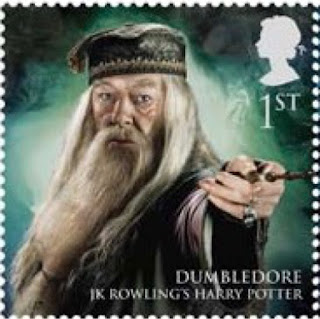 The approach of depicting book covers was used again in 2008 to illustrate another potentially popular theme - James Bond - and again, whilst being clever in concept, the result was a set of very crowded designs with far less appeal than a set of stamps which might have depicted scenes from the movies especially designs which featured portraits of the various actors who had played Bond.

Perhaps the real breakthrough was the set and various other philatelic products which were released in 2013 to commemorate the 50th anniversary of the BBC television programme, Dr Who. The set of 11 stamps gave us a different Doctor Who featured on each stamp, all the way from William Hartnell (1963) to Matt Smith (2013) as well as his alien enemies which appeared on the miniature sheet. The set was issued with great popular publicity and was a real hit. The general public couldn't really miss this set especially as Dr Who's 50th anniversary episode was viewed as a great cultural event. The most popular recent Doctor Who was played by the actor, David Tennant, and he was immensely popular still at the time of this stamp issue. Indeed his portrait in the role of Hamlet had been used to boost the saleability of a set released in 2011 to commemorate the 50th anniversary of the Royal Shakespeare Company. It's a pity that Royal Mail did not repeat this approach in 2016 when it issued 10 beautifully conceived and well executed stamps to commemorate the Quatercentenary of Shakespeare's death but which ultimately proved to be rather dull and did little to boost the general public's interest both in Shakespeare and in stamps. 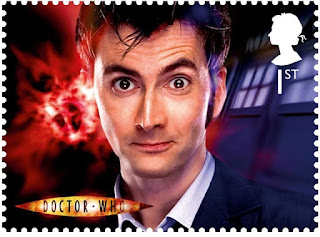 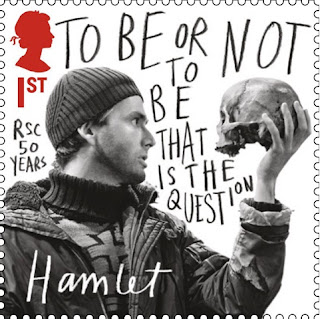 But the Dr Who stamps had now provided a template for Royal Mail's approach to producing what we may call 'Mega-stamp issues'.  The release of a set and multiple products to commemorate the large British role in the making of the Star Wars was a master stroke and garnered an enormous amount of general interest and no doubt profits for Royal Mail probably more from Star Wars enthusiasts than from stamp collectors. A second Star Wars issue in 2017 seemed less acceptable and more exploitational and certainly far less necessary. 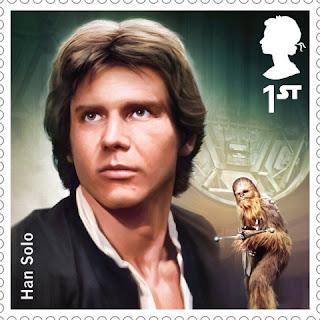 Mixed with mega-issues featuring science fiction and fantasy genre television and cinema subjects was a revival of the nostalgic veteran popular musicians stamps. Several years after The Beatles stamps came first an issue commemorating the veteran group, Pink Floyd, in 2016 and then an issue in 2017 which commemorated the late David Bowie. These issues were accompanied by an increasingly large number of special sheetlets sold at prices well in excess of the face value of the stamps contained in the sheets. Again these deluxe products were aimed more at enthusiasts of the various featured musicians than at stamp collectors but ultimately many stamp collectors could not resist obtaining these limited edition sheetlets and special Prestige booklets for their collections. 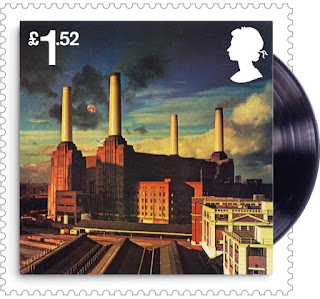 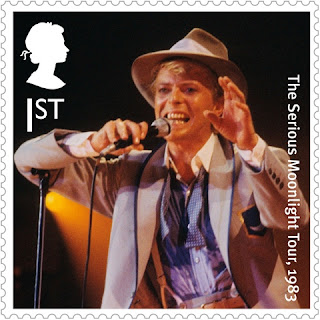 So, for the present, we have a mega-issue appearing on the market from Royal Mail once or twice per year. These items are intended to have a much broader appeal to non collectors in Britain and abroad and they seem to be highly successful in meeting this intention.
Some collectors may not like them but we would be wise to accept them as they really do extend the boundaries of appeal of stamp collecting. Royal Mail may well be doing more to save stamp collecting as a hobby in the 21st century than just about everybody else by the release of such issues. And if such mega-issues begin to lose their popular appeal Royal Mail always has an old favourite to fall back on again as a subject to boost its stamp revenue - The Royal Family.