🇯🇪 The Post and Go stamps to be issued by Jersey Post on 14 February 2018 were detailed in Blog 1157 and are depicted here. The designs, by Andrew Robertson, feature naval vessels which have visited Jersey. This is an attractive set. Rating:- ****.

🇸🇸 Currently for sale on E Bay are 3 more surcharged stamps which I have not previously reported from the postal service of South Sudan. (See Blogs 1134 and 1135). 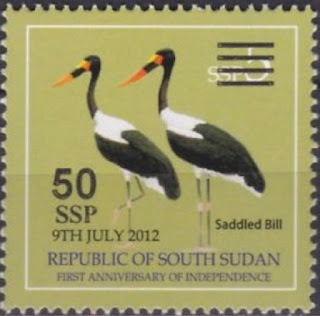 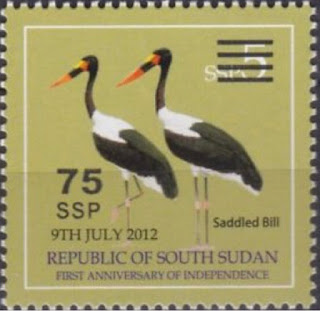 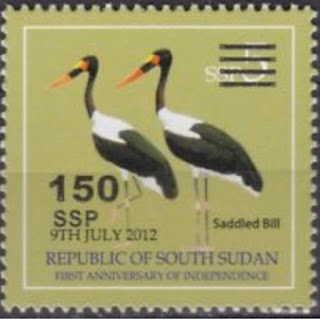 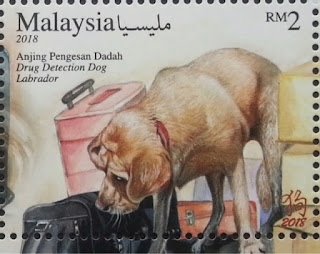 🇲🇾 Pos Malaysia issued a set of 3 stamps and 1 miniature sheet on 18 January 2018 on the subject of Working dogs to reflect this year's Chinese New Year which is the Year of The Dog. The featured breeds include a Golden retriever and Labrador (60 Sen), German Shepherd Dog (60 Sen) and Border Collie (60 Sen) with a splendid Labrador working as a drug detection dog and another German Shepherd featured on the stamps contained in the miniature sheet. Rating:- *****. 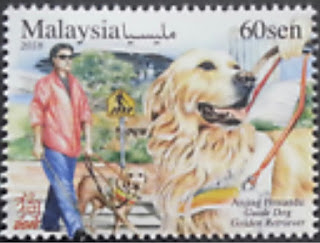 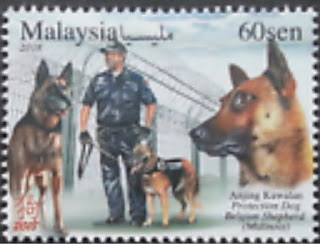 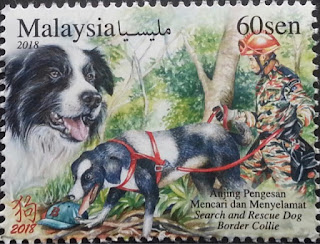 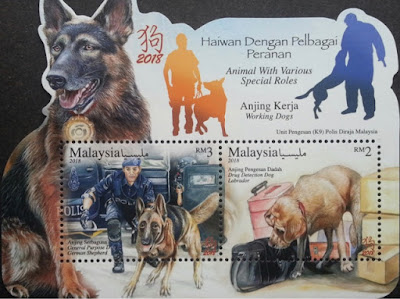 🇮🇳 India Post issued a single stamp on 16 January 2018 to commemorate the Defence Research and Development Organisation. Tanks, missile launchers, fighter aircraft, rockets - phew! Rating:- *.
THIS INFORMATION ABOUT THE INDIAN DEFENCE ISSUE IS ERRONEOUS FOR WHICH I APOLOGISE. SEE SNIPER'S COMMENT BELOW. 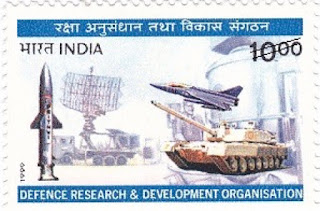