Notable Commonwealth events and anniversaries and philatelic events of 2017.

🇬🇲 21 January - After an armed invasion of The Gambia by neighbouring countries the tyrant Yahya Jammeh finally agrees to leave the country and allow democratically elected new President, Adama Barrow, to take up his post and bring a new era to the little country. Barrow vows that his country will rejoin The Commonwealth. 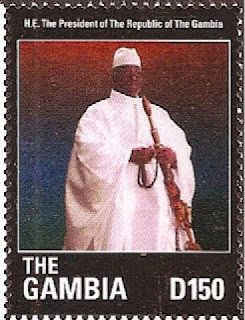 🇬🇧 6 February - 65th anniversary of the accession of Queen Elizabeth II. Royal Mail issues a £5 stamp in connection with the anniversary. 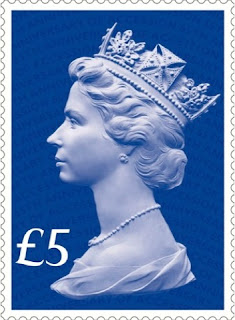 🇲🇲 17 March - The postal service of Myanmar issues a single stamp featuring the country's founding father, General Aung San. Ironically, as the year wears on, his daughter, Aung San Suu Kyi, by now Myanmar's de facto leader and heroine of the struggle for increased freedom in the country, faces growing international opprobrium for the way she has dealt with the flight of the Rohingya people from Myanmar. 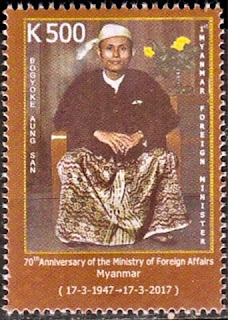 🇼🇸 31 March - Samoa Post, having dispensed with the services of the US-based philatelic agency, Philatelic Collector Inc. in December 2016, issues a set of 10 high face value stamps allegedly for use on its Parcel Post service. The total face value is WST870 or £257.61p. Not surprisingly perhaps, I have not yet seen any dealer offering these items for sale. 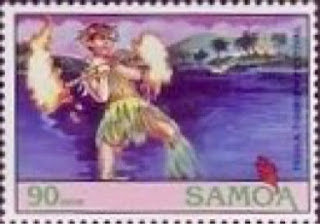 🇬🇬 21 April-24 August - Guernsey Post dispenses 26 multi-value strips of Post and Go stamps (156 stamps with a total face value of £104.12p plus £13 handling charge) from its temporary Post and Go kiosk situated in Smith Street post office for the use of cruise ship passengers visiting the island. 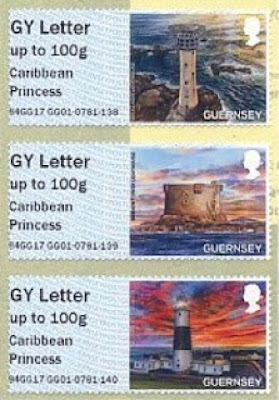 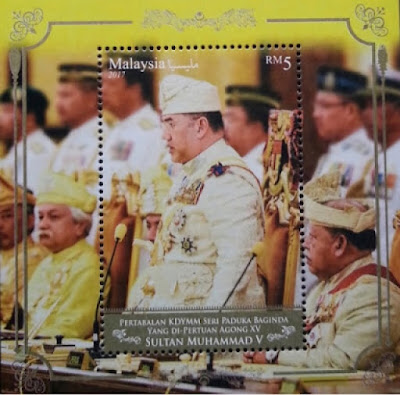 🇨🇦 1 June - Canada Post issues 10 stamps and a sheetlet containing all 10 stamps to commemorate the 150th anniversary of Canada. 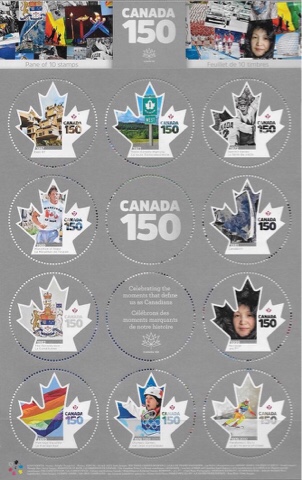 🇹🇹 June - A spate of new surcharges are released by T & T Post, the postal service of Trinidad And Tobago, with at least 11 new types being known to have been produced. 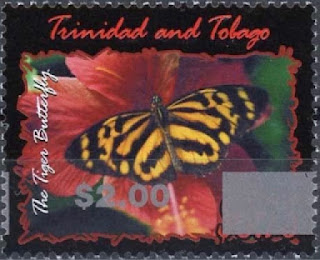 🇧🇩 10 July - Bangladesh Post releases a visually shocking and emotionally draining set of 71 stamps and 18 miniature sheets titled 'Genocide and War Crimes of the Pakistan Army and Local Collaborators of 1971'. There has never been a set of stamps like this issued by any country before. 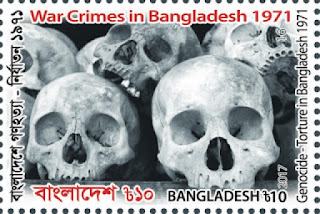 🇵🇰🇮🇳 14 and 15 August - 70th anniversary of Independence of Pakistan and India. There is no commemorative stamp released by Pakistan Post but India Post releases a miniature sheet containing 2 stamps which is titled 'Beautiful India'. 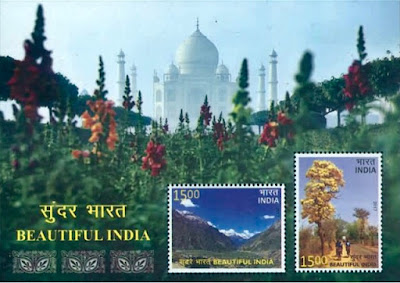 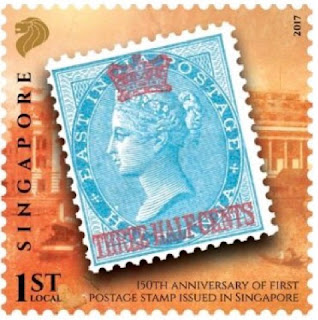 🇸🇸15 September - The postal service of South Sudan issues a number of surcharges on old stamps to deal with massive increases in postal rates associated with severe inflation in the country. 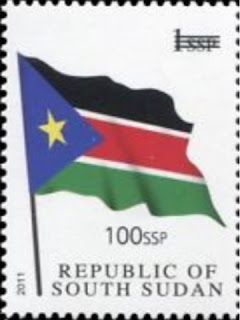 🇮🇪 5 October- An Post, the postal service of The Republic of Ireland, issues a single stamp of outstanding design which commemorates the 50th anniversary of the death of the Cuban revolutionary, Che Guevara, who had some Irish ancestry. The stamp sells out rapidly and has to be reprinted. 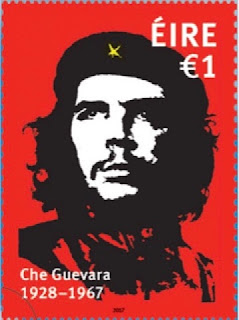 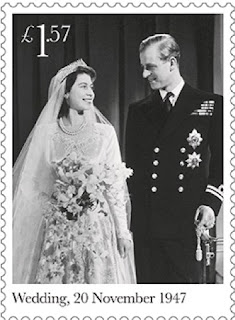 🇿🇼 22 November - For the second time in 2017 a tyrannical African leader who withdrew his country from membership of The Commonwealth, is forced to give up power. This time it is president of Zimbabwe, Robert Mugabe, who, strangely, had never been depicted on a Zimbabwean stamp. He is succeeded as President by Emmerson Mnangagwa who many fear may be as bad, if not worse, than his predecessor.

🇻🇺 1 December - A pair of stamps and 1 miniature sheet are released by Philatelic Collector Inc. with the name of Vanuatu printed on them heralding, possibly, the agency's increased involvement in the new stamp issues of the postal administration of yet another small Pacific state. The subject of the issue is the Year of The Dog. 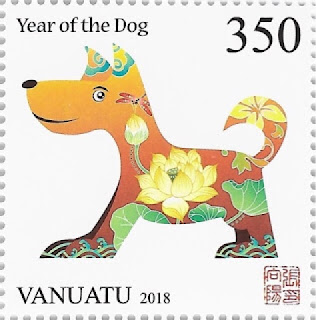 🇲🇺 11 December - Mauritius Post releases a set of 3 stamps one of which lays claim to the islands of the British Indian Ocean Territory as part of The Republic of Mauritius. 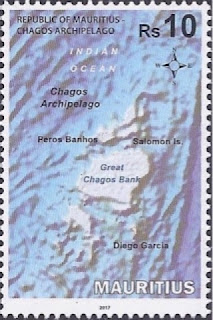 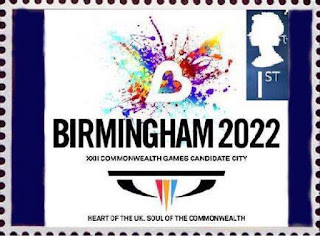