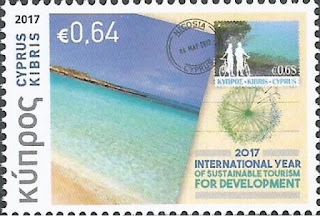 🇨🇾 More news from Cyprus Post. A single stamp was issued on 4 May 2017 to commemorate the United Nations International Year Of Sustainable Tourism For Development (catchy title or what?). The stamp was designed by Manolis Emmanouil and Barkev Mihranian and lithographed by Veridos Matsoukis SA of Greece. Rating:- ***.
In addition to the pair of Europa stamps mentioned in Blog 998, Cyprus Post also issued a booklet of 8 stamps on 4 May 2017 to complement the issue. The booklet, sold for €4.20c, contains 4 copies of each stamp. Rating:- ***.
I find it very hard to find information about Cyprus new issues from the Cyprus Post website itself but Cyprus Stamps provides excellent information on these issues and provides an excellent new issue service for the stamps of Cyprus and Turkish Cyprus and I usually buy such stamps from them. 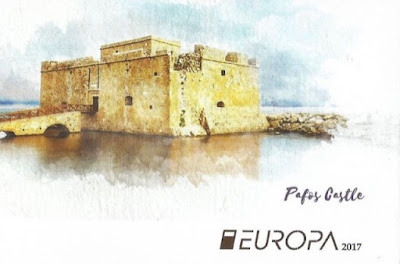 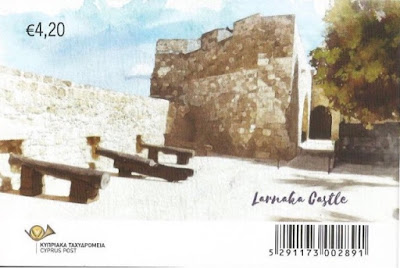 🇦🇺 Australia Post issued a set of stamps on 2 May 2017 on the subject of Caves of Australia. The issue was made up of 4 gummed stamps, 2 self-adhesive stamps from coils and 2 different $1 self-adhesive stamps from booklets of 20 stamps which cost $20. The issue was designed by Jo Mure and lithographed by RA Printing and Pemara (coil stamps) and the gummed stamps were perforated 14 x 14.5.
This is an attractive, and even interesting, issue but I shall not add it to my collection because there are far too many new stamps being released by Australia Post and I now just collect Australian new issues which commemorate a national anniversary or event of significance. This policy has saved me hundred of pounds and I still have a satisfying and pleasing collection of modern Australian stamps which tell me about the country and what is happening there. Rating:- **. 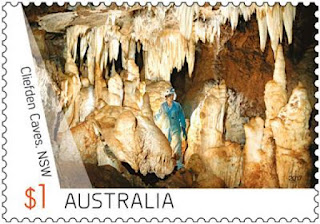 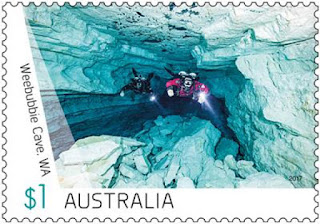 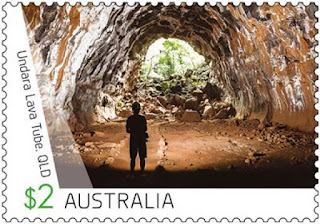 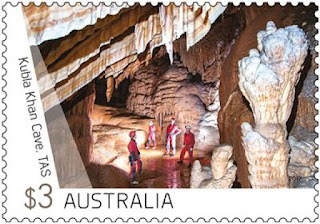 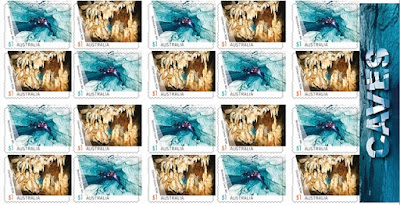 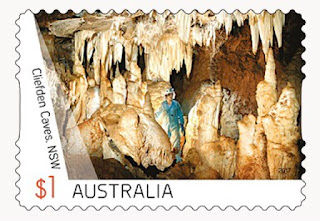 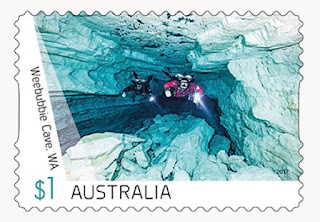 The above issue is mentioned in Blog 990 as is the issue to be released on 16 May 2017 which depicts street art in Australia. Again this is a very attractive and interesting set and it is illustrated below but there is not really any reason for its issue especially as there are so many other stamp issues planned for 2017 so sadly I shall not be adding it to my collection. Rating:- **. 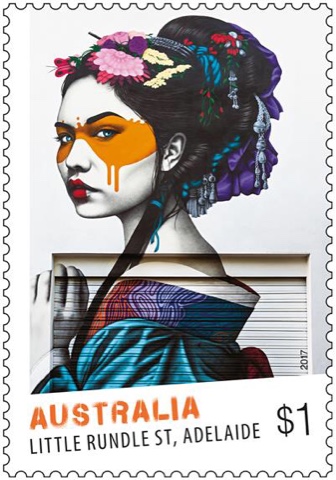 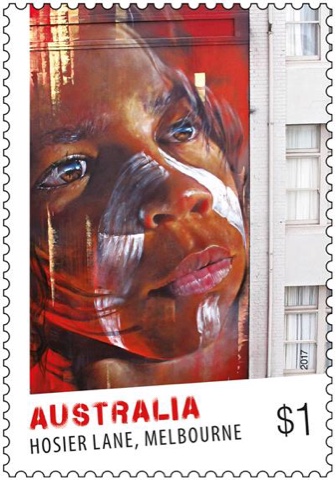 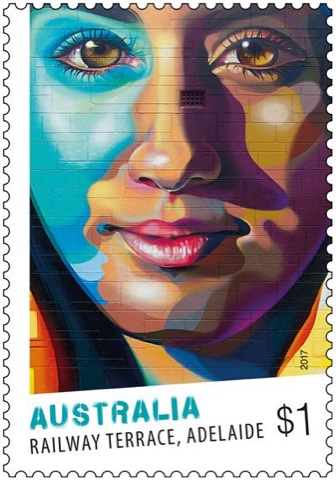 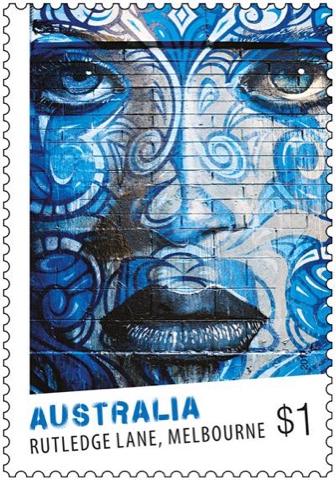 🇸🇱 And so to this weeks' products from Stamperija which this week are inscribed with the name of Sierra Leone. As usual there are 10 sheetlets each made up of 4 different stamps with 10 accompanying miniature sheets. The subsets generally have themes relating to transport or science and mainly have no direct relevance in subject matter to Sierra Leone apart from one subset which tastelessly attempts to cash in on the country's tragic experience with Ebola virus.
The subjects therefore are:- The Red Cross, Marie Curie, the Sinking of The Titanic, Fire engines, Steam trains, High speed trains, Amelia Earhart, 50th Anniversary of the death of Donald Campbell, Concorde and 75th Birthday of Stephen Hawking. The stated "first day of issue" was 28 April 2017. Rating:- 0. 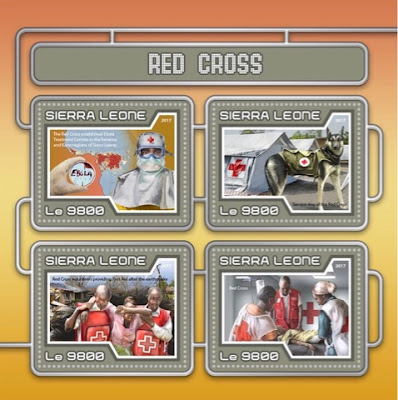 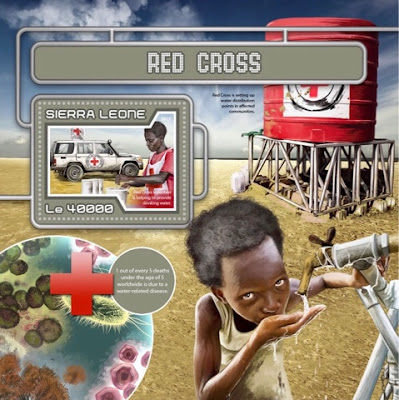 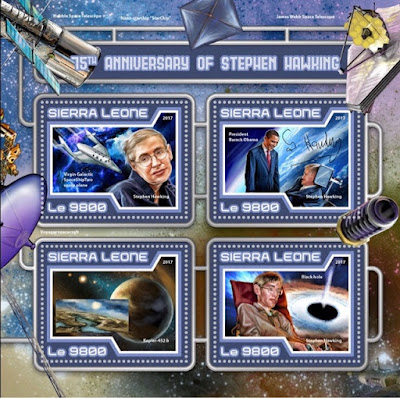 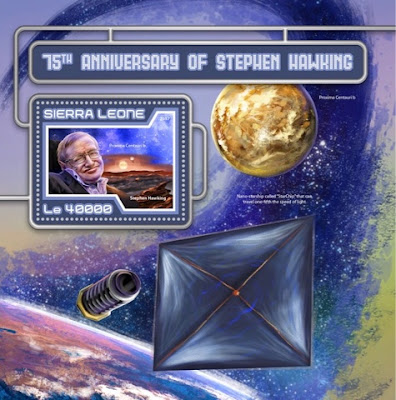