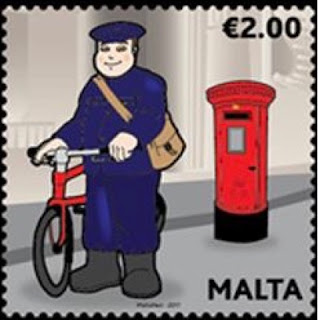 🇲🇹 Malta Post will issue a set of 4 stamps on the subject of Postal uniforms on 31 May 2017. The uniforms are depicted by the designers, Fabio Agius and Sean Cini, being "modelled" by MaltaPost's corporate mascot, Peppi Pustier, and lithographed by Printex and perforated 14. 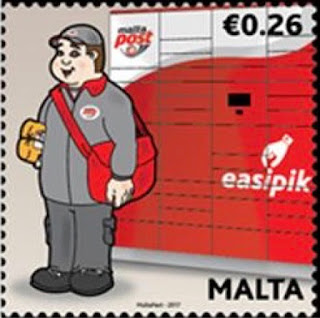 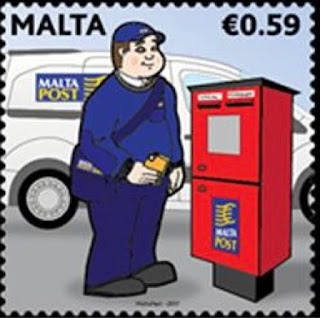 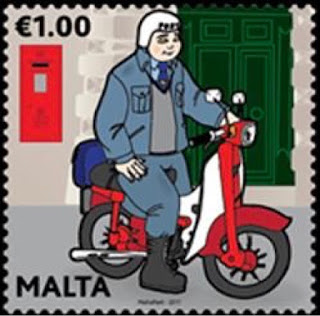 For those who cannot resist such a purchase, a soft toy of the Peppi Pustier figure is available to buy at the Malta Postal Museum. Am I the only person who finds Peppi to be that little bit sinister? 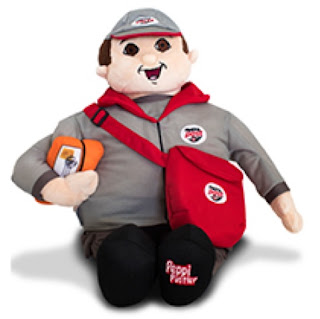 Personally, I prefer Postman Pat and "his black and white cat" who appeared on the "Classic Children's Television" stamps issued by Royal Mail in 2014 and who has been used as a publicity tool for postal services. 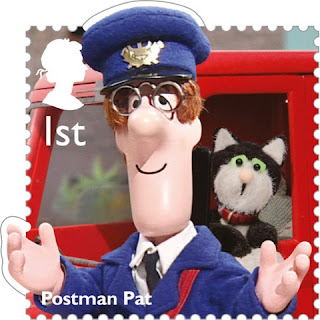 🇬🇮 The Royal Gibraltar Post Office issued a set of 7 stamps on 25 May 2017 on the subject of HMS Gibraltar and depicting various ships which have had that name. The issue was designed by Stephen Perera from art by John Batchelor and was lithographed by Cartor. The face value of the full set amounts to £6.90p. An interesting and attractive set but why has it been issued at this time? Rating:- **. 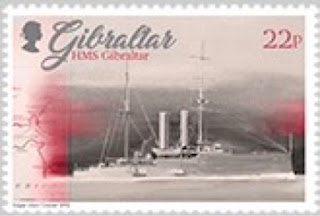 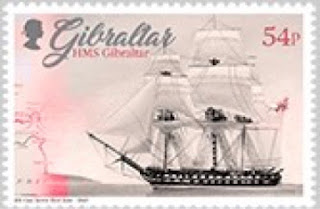 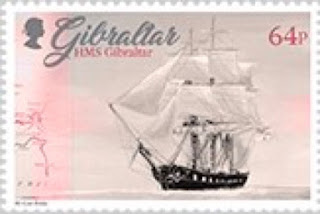 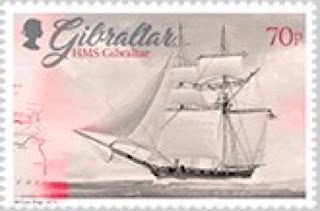 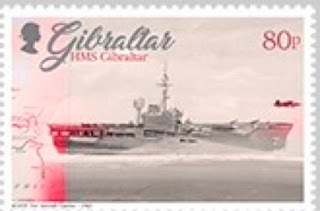 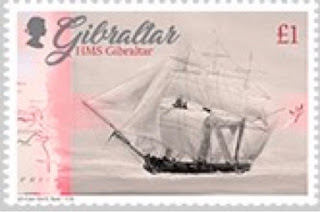 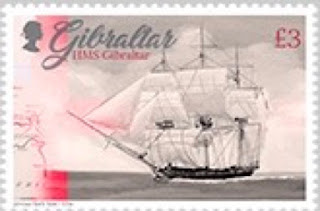 Gibraltar Post Office also attempts to add further income to its balance sheets by commemorating the 70th anniversary of the wedding of Queen Elizabeth II and The Duke of Edinburgh with an enormous set of 8 stamps and 1 miniature sheet issued several months before the actual date of the anniversary. The dull monochrome stamps were, as usual, designed by the somewhat unimaginative Stephen Perera and lithographed by Cartor. Rating:- *.
The total face value of this issue is £9.76p and its date of issue was also 25 May 2017. 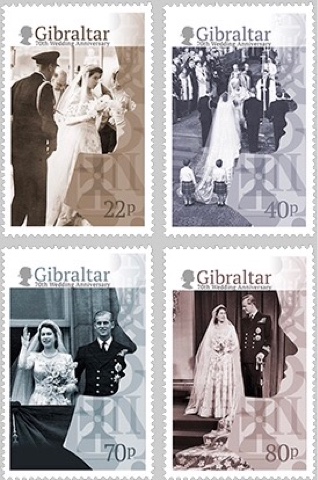 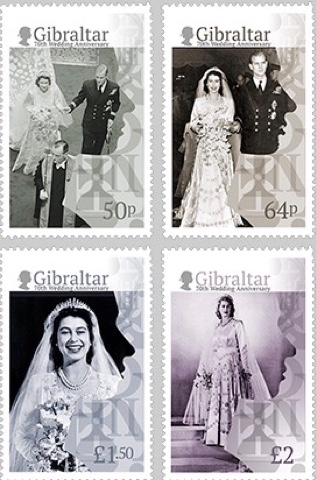 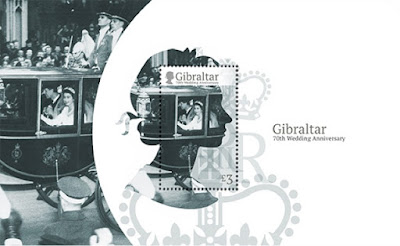