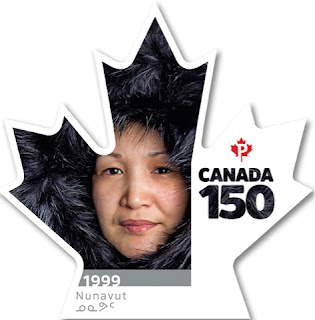 🇨🇦 The design of Canada Post's 7th stamp of the Canada 150 set of 10 stamps to be issued on 1 June 2017 was revealed by the premier of Nunavut at the Legislative Assembly of Nunavut in Iqaluit on 30 May. The stamp commemorates the creation of Canada's largest territory- Nunavut - on 1 April 1999. Despite its enormous size the territory has only 22000 inhabitants who are mainly Inuits. The design features d'Ejangiaq Kines, photographed by her partner Clare Kines, who live in Arctic Bay in Nunavut. The stamp will be issued in booklets of 10 stamps. Rating:- *****.

🇦🇺 Australia Post's annual "Legends" issue for 2017 was released on 29 May 2017 and is made up of just 3 self-adhesive stamps issued in booklets of 20 and 3 gummed stamps on the subject of Legendary Aboriginal Australians.
The depicted distinguished people are:- Gallarwuy Yunupingu (politician and land rights campaigner, Lowitja O'Donoghue (public servant) and Professor Thomas Edwin "Tom" Calma (Australian diplomat).
These are pretty straightforward photographic portrait designs - rating:- ***. 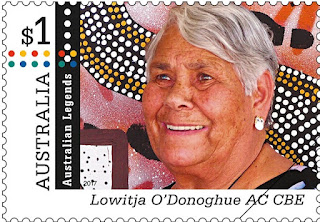 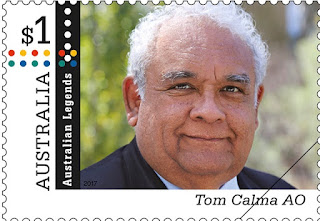 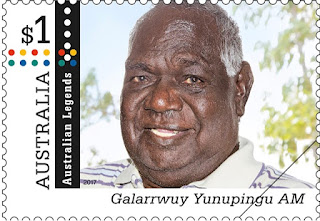 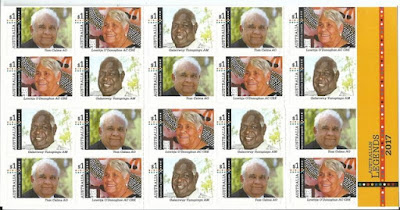 🇨🇨 Australia Post will also issue a set of 4 stamps and 1 miniature sheet on 30 May 2017 on the subject of "Garden fruits" with the inscription "Cocos (Keeling) Islands Australia". This attractive little set was designed by Anita Xhafer and lithographed by EGO and perforated 14 x 14.5.. Rating:- ***. 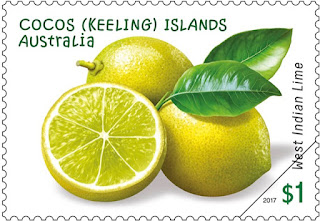 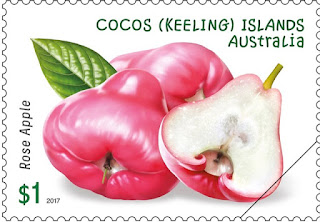 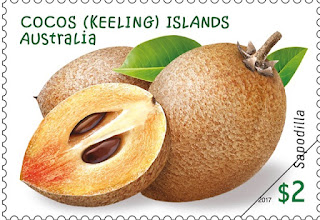 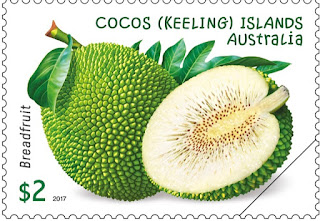 Australia Post also issued a single stamp in a sheetlet of 10 to commemorate the 50th anniversary of the national referendum which was held on constitutional questions regarding the status of Aborigine and Torres Straits Islanders Australians as well as the balance of representation in the Senate and The House of Representatives. The issue was designed by Rachael Sarra and lithographed by RA Print and perforated 14.5 x 14. Rating:- **.