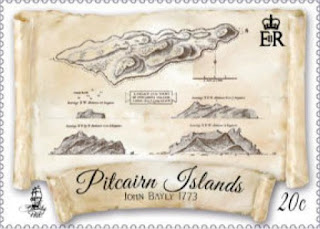 🇵🇳 Bounty Post, the postal service of Pitcairn Island, will issue an interesting set of 4 stamps on 17 May 2017 on the subject of Maps of Pitcairn through the centuries. The issue was designed by Denise Durkin and lithographed by Southern Colour Print and perforated 14.5. The maps depicted date to 1773, 1825, 1961 and 2005. Rating:- *****. 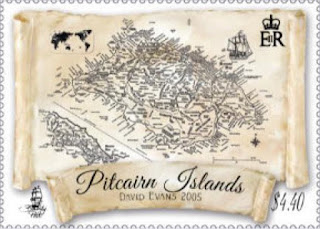 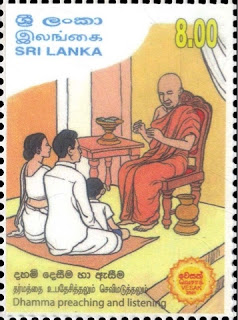 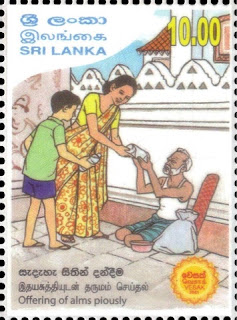 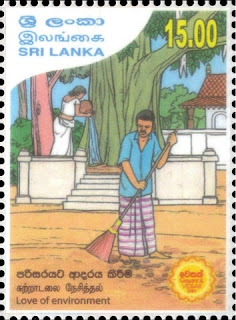 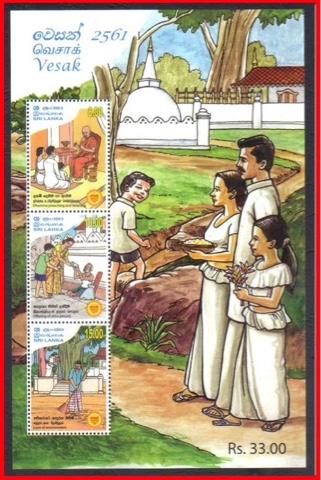 🇯🇪 I find it very difficult to have any degree of enthusiasm for the modern phenomenon of "Commemorative sheets", "Collectors sheets", "Business sheets" or whatever other name is applied to them (and whether or not and if so, where precisely, apostrophes should be used in their titles - Collector's?, Collectors'? Collectors?). I just like to collect stamps and not overlarge multi-stamp sheets sold at a premium but the two latest such items from Jersey Post are admittedly quite attractive and interesting and fun.
The first of these items was released on 25 April 2017 and commemorated the 150th anniversary of the birth of the Jersey sailor and philanthropist, TB Davis. This would have made a splendid ordinary set of stamps with an interesting theme and great local relevance but no, it had to be commemorated in the form of 20 "Jersey flag" greetings stamps with attached labels in a large sheetlet which are very difficult to house in an ordinary collection. Rating:- **. 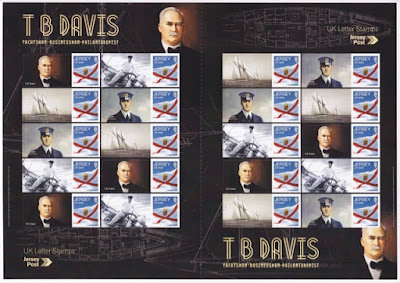 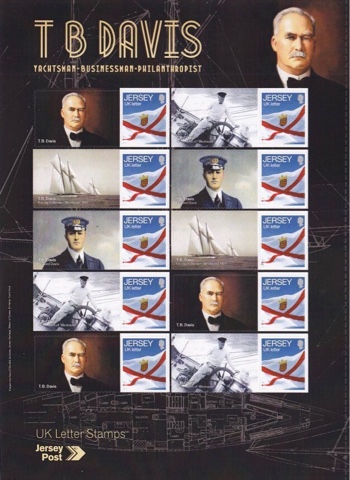 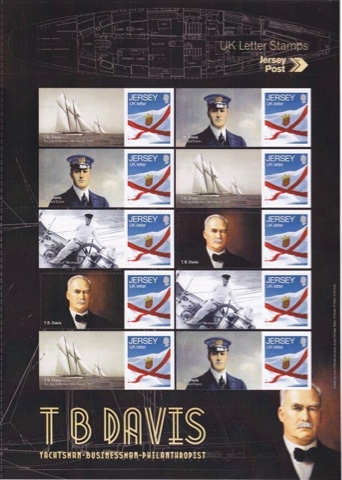 Disappointing too that an issue to commemorate the Jersey European Dog Agility Festival held from 28 April to 1 May in the Jersey Accommodation and Activity Centre in St. Martin could not have been released as a set of stamps for dog-loving stamp collectors rather than as a sheet of 20 "Hello" greetings stamps with attached labels. The dogs in the photographs used for the labels seem to be having a very good time and if a few of the best pictures had been used on stamps they would have been assured of a place in my Jersey collection but alas I have long given up buying and trying to accommodate these sheets so both Jersey Post and myself are the losers. The sheet was issued on 28 April 2017. Rating:- **. 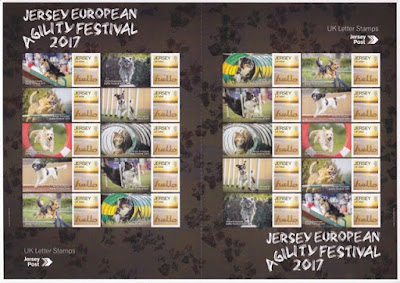 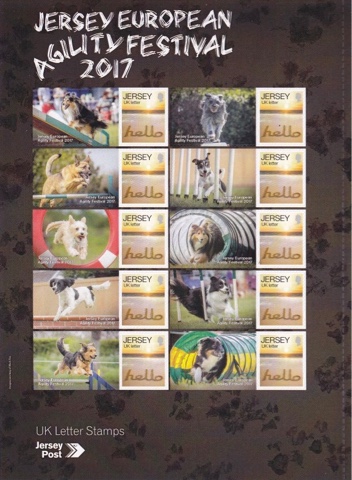 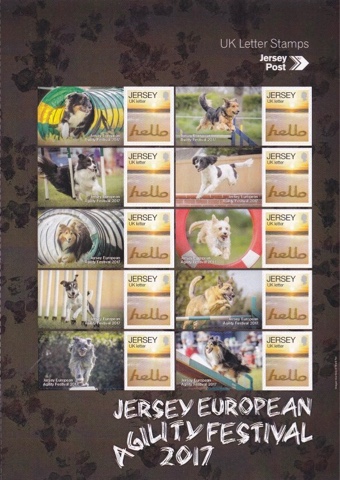