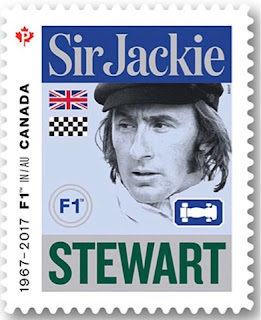 🇨🇦 Canada Post issued a set of 5 self-adhesive stamps from booklets of 10 (2 x 5 stamps) and 1 gummed miniature sheet on 16 May 2017 to commemorate the 50th anniversary of the the Canadian Formula 1 Grand Prix race.
The first Canadian Grand Prix took place at the Mosport track near Toronto in 1967 with drivers including Jackie Stewart, James Hunt, Emerson Fitipaldi and Jody Schektar taking part in the ensuing years. The race was also run at the Circuit Mont-Tremblant in Quebec and later at the course at Ile Norte Dame in Montreal. After his death in 1982 the racetrack in Montreal was renamed after the Canadian driver Gilles-Villeneuve.
The set designs have been chosen so that each stamp represents a different decade in the Grand Prix's history by depicting a champion driver from each of those time periods.
The first decade is represented by Sir Jackie Stewart of Great Britain, the late Gilles Villeneuve represents the second decade, the third is represented by the late Ayrton Senna of Brazil, the fourth by the German, Michael Schumacher, and the most recent decade by Lewis Hamilton of Great Britain.
The set was designed by Paprika and lithographed by Colour Innovations.
This is bound to be a popular set with international appeal. Rating:- *****. 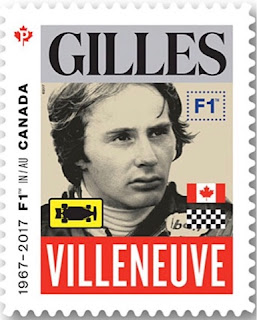 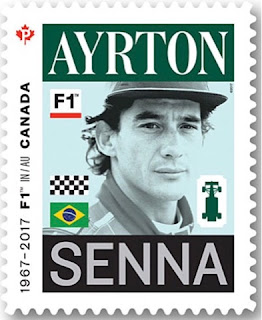 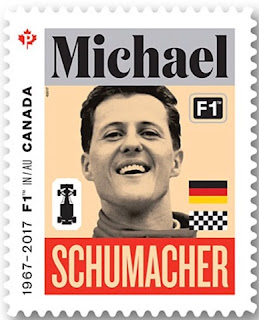 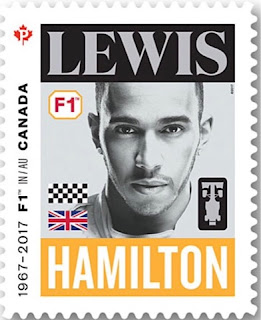 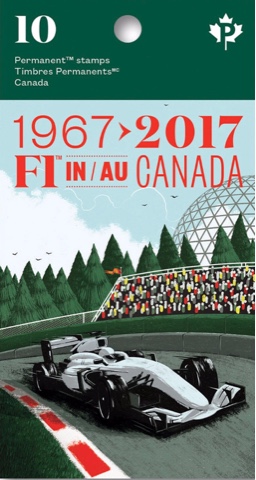 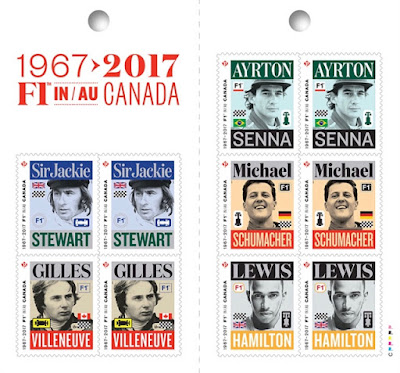 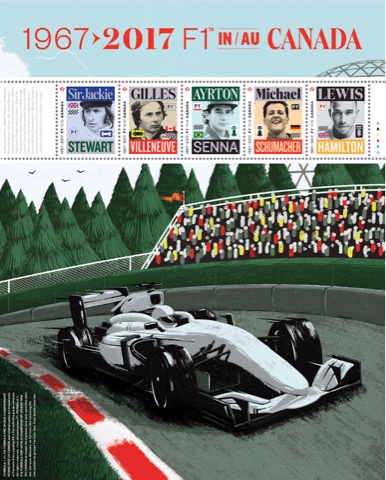 🇮🇳 India Post issued a single My Stamp in a sheetlet of twelve sold at a premium price on 9 May 2017 to commemorate the 50th anniversary of the reopening of the previously ruined Rumtek monastery in Sikkim. The actual date of the reopening was in 1966 when the 16th Karmapa took his seat there having been exiled in Sikkim from Tibet in 1959. The monastery had been founded originally by the 12th Karmapa in the mid eighteenth century. An interesting and colourful stamp. Rating:- ***. 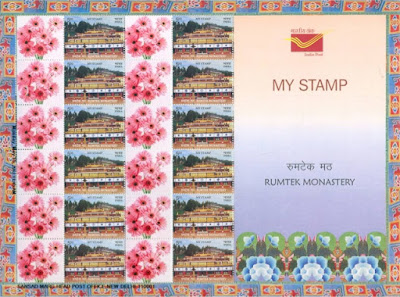