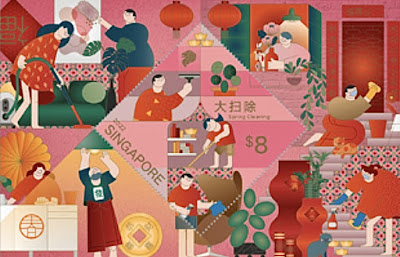 🇸🇬 Singapore Post - 31 January 2022 - Reunion series, Spring cleaning - 1 miniature sheet containing a single stamp. A colourful item featuring the rather mundane and banal subject of spring cleaning. Designed by Andy Koh and lithographed by Secura. Perforated 13. You start to think that postal services are running out of ideas when philatelic items depict the delights of hoovering. Rating:- ***. 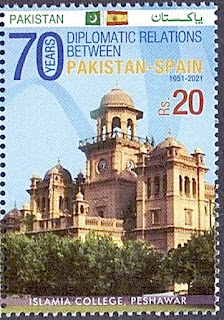 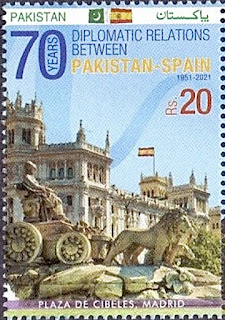 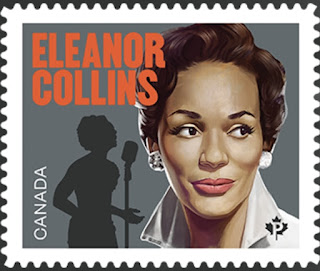 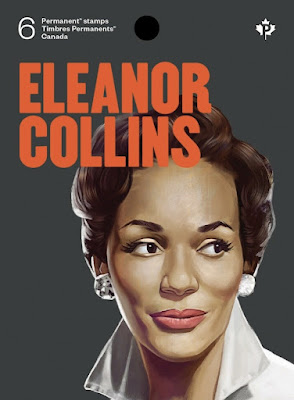 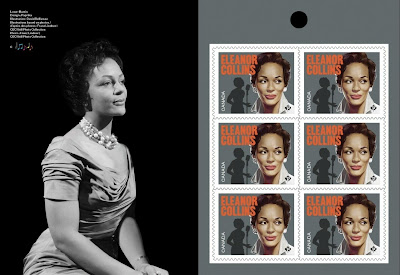 🇱🇹 Stamperija - ‘2021’, product inscribed ‘Sierra Leone’. We have previously noted that the notorious producer and vendor of paraphilatelic products, Stamperija, based in Lithuania, had appeared to have stopped releasing items with the name of Sierra Leone printed on them. However on 21 January 2022 a new product with that country’s name printed on it was added to the company’s internet site with a date of issue ‘2021’ and took the form of an overprint on a previously released product. This item was said to commemorate the deportation of the Serbian tennis player Novak Djokovic from Australia after a highly publicised court case which had arisen from his entering the country against its rules, having not previously received vaccination against COVID-19.

It is to be hoped that the release of this item does not mark the beginning of the Sierra Leone postal service once more allowing Stamperija to release a fresh wave of new products (how like an unpleasant virus affecting the stamp world this ‘agency’ is). The Djokovic item was produced and ‘issued’ within a few days of the tennis player’s deportation and it is improbable that it has been put on sale in post offices in Sierra Leone and it certainly was not issued in ‘2021’ as the year ended several weeks before the events said to be noted on this particular item!

If only science could come up with a philatelic vaccination against the shameless activities of Stamperija. 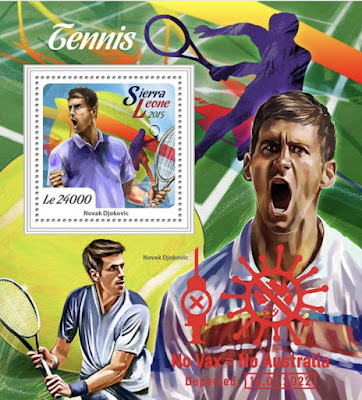