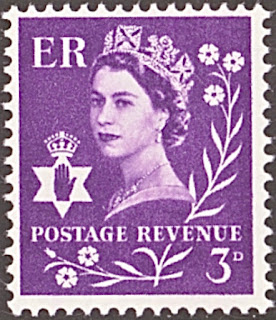 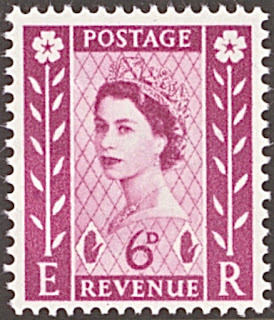 Today, 3 May 2021, marks the centenary of Northern Ireland as a distinct political entity. On 3 May 1921 the 1920 Government of Ireland Act came into force and northern and southern  Ireland became two separate political entities. The following day, the Lord Lieutenant moved a writ for elections to be held for parliaments in the north and in the south. The two territories have been separate ever since. The Anglo-Irish War, fought between the rebels of the Irish Republican Army and the British security forces lasted until July 1921 when a truce came into force by which time the Northern Ireland parliament had opened guaranteeing a continued British presence on the island of Ireland. Negotiations between members of the rebel southern Irish Parliament, the Dáil, and the British government began in October 1921 and this lead to the signing of the Anglo-Irish Treaty on 6 December 1921 whereby the Irish Free State was established as a Dominion of the British Empire and the Dáil ratified the treaty on 7 January 1922 leading to a split in the Irish republican movement and the ensuing Irish civil war.

The Northern Ireland centenary, perhaps not surprisingly given all the continuing political complications of the situation in Ireland, even 100 years on, is one of those extremely important anniversaries in the story of Britain that will go without philatelic commemoration from Royal Mail. But we may quickly look at the stamps which have been issued by the British postal service specifically for use in Northern Ireland though they were also made available in the other parts of The United Kingdom. 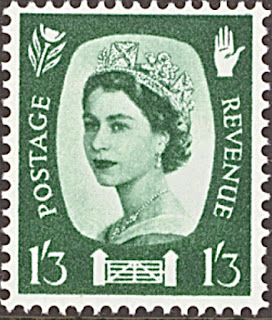 ‘Regional’ stamps for Northern Ireland, Scotland and Wales but not England were introduced on 18 August 1958 in the form of a single 3d ‘deep lilac’ Wilding portrait definitive which also depicted flax flowers and the heraldic ‘Red hand’ of Ulster. The development of the stamp and the others which shortly followed it are detailed beautifully in an article on The Postal Museum internet site and the article reveals that the possibility of issuing stamps for what might then have been called ‘the British regions’ had been first raised in conjunction with the issue commemorating the Silver Jubilee of King George V and then brought up from time to time.

However it was not until early 1956 that the issue was seriously addressed by the Post Office with Home Office support and on 21 June 1956 the Postmaster-General, Dr Charles Hill, wrote to the Northern Ireland prime minister, Lord Brookeborough, proposing the amending of some postage stamp designs to include regional symbols. Replying on 30 June, Lord Brookeborough replied that, “While we are quite happy with existing arrangements which emphasise the unity of the Kingdom, we would not wish to be the ‘odd man out’ if Scotland and Wales are to have their own special issues’.

A long complicated process followed which was to lead to the issue of the first Northern Ireland stamp. A Northern Ireland design committee was alert to potential sectarian controversies, an example being the proposition that the Northern Ireland Parliament, known as Stormont, should be depicted on one of the stamps but the subject being difficult for the pro-republic community to accept, the suggestion was rejected. Ah! The importance of politics and symbolism in the stamp album.

Eventually five symbols were chosen to be used in the designs - the flax plant, the Red (right) hand of Ulster, a Field gate with typical Ulster pillars, the Northern Ireland cost of arms without supporters and the six-pointed crowned star with the Red Hand (the six points representing the six counties of Northern Ireland). The NI stamp committee also recommended five local artists to submit designs - Thomas Collins, Leonard Pilton, William Hollywood, Colin Middleton and Miss T Robinson described as “all people of merit in their particular fields”. All five artists submitted sketches for the designs with the original 3d design eventually being that of William Hollywood, the 6d by Leonard Pilton (depicting flax plants, issued 29 September 1958) and the 1/3d being designed by Thomas Collins (depicting the Red Hand, an Ulster gate and a flax flower, issued 29 September 1958).

The 3d value was issued with 1 central phosphor band on 9 June 1967 and the design was used in ultramarine for a 4d value issued on 7 February 1966 and with 2 phosphor bands during October 1967. Due to changes in postal rates further changes were made to the 4d stamp - it was issued on chalky paper with no watermark with 2 phosphor bands on 27 June 1968, then in olive-sepia with one phosphor band on  4 September 1968 and then in bright vermilion with 1 band on 26 February 1969. Finally the design was reused but in royal blue for a 5d value and issued on 4 September 1968. 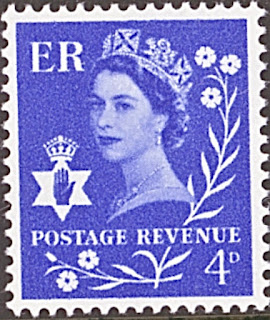 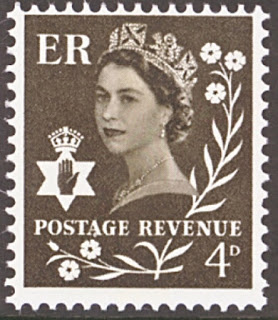 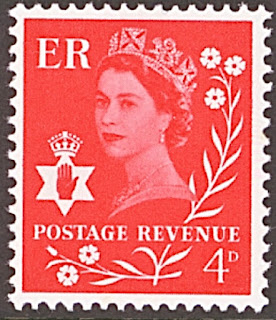 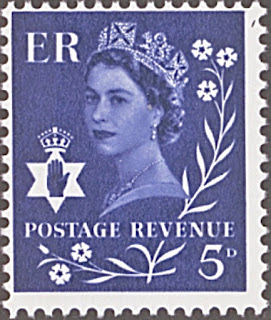 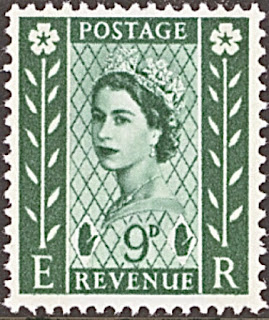 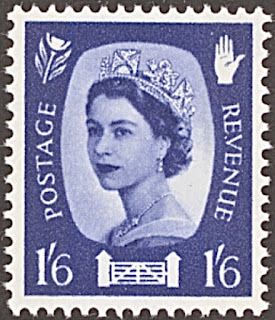 With the introduction of decimal currency four new stamps were issued for Northern Ireland on 7 July 1971 using the new Machin Head design with the Red Hand symbol on the crowned six pointed star in the following values - 2p and 1/2p (pale magenta), 3p (ultramarine) 5p (greyish violet) and 7 and 1/2p (pale chestnut). With changes in postal rates over subsequent years a large number of new values was released, some in changed colours. 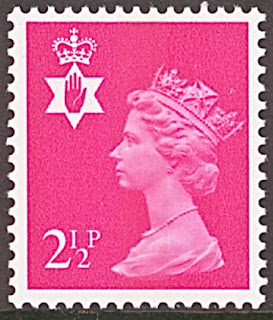 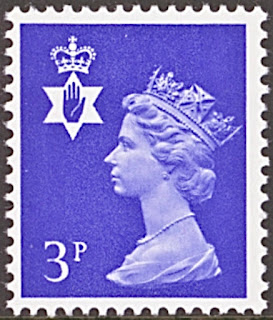 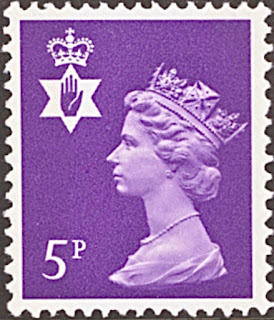 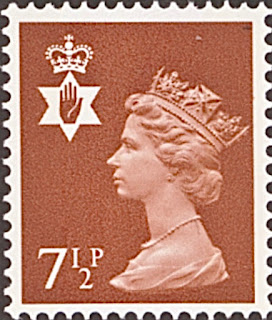 Earlier in 1971, on 16 June, a set of 3 stamps had been issued depicting paintings by three Ulster artists which commemorated the Ulster’71 festival held to mark the 50th anniversary of Northern Ireland and the establishment of the Stormont parliament. The paintings were:- A Mountain Road by TP Flanagan (3p value), Deer Meadow by Tom Carr (7and 1/2p) and Slieve na brock by Colin Middleton (9p). The Northern Ireland Troubles, as they were called, began in the late sixties and reached the peak in the 1970s as an explosion of political violence took place. The conflict between the two communities of republicanism/Roman Catholicism and Unionism/Protestantism involved shocking acts of violence and terror on both sides and British military and security forces became involved and the acts of violence spilled over into Great Britain as terrorists wreaked havoc wherever they could. The Stormont Parliament was suspended on 30 March 1972 as it proved incapable of restoring order in Northern Ireland. The campaigns of terrorism continued so that in the 1980s the Irish Republican Army killed a British cabinet member, Airey Neave in a bomb explosion in March 1979 and similar killed Earl Mountbatten, the uncle of the Duke of Edinburgh, in August 1979. The IRA attempted to assassinate the British prime minister, Margaret Thatcher and other leading government figures by setting off a bomb explosion at the hotel in which they were staying in Brighton for a Conservative Party conference. It was only in the 1990s that Thatcher’s successor, John Major, was able to open up contacts with the IRA leading to the ‘Good Friday Agreement’ of 10 April 1998 whereby peace was restored to Northern Ireland after three decades of conflict. The Northern Ireland Parliament renamed the Assembly was restored. 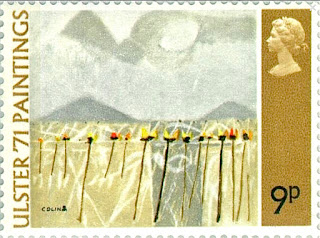 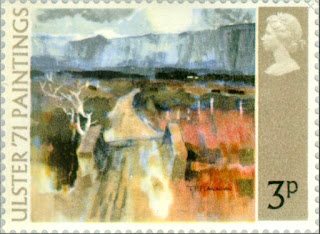 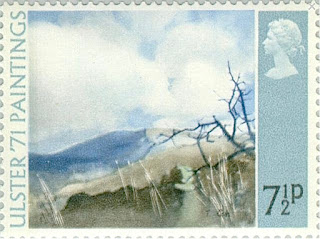 A new series of  4 ‘Country Definitives’ was introduced in Northern Ireland post offices by Royal Mail on 6 March 2001. The designs by Rodney Miller Associattes featured The Giant’s Causeway in County Antrim (2nd Class rate), a patchwork of fields (1st Class), a detail of a slip case (‘E’, European rate) and parian-ware China porcelain (65p). These designs have been used ever since for an ever changing range of new values necessitated by revised postal rates - thus twenty years on from their introduction these designs remain in use. 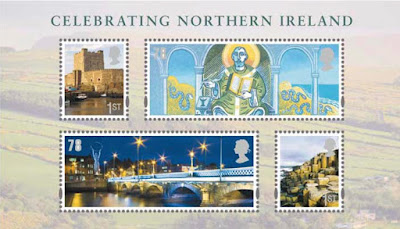 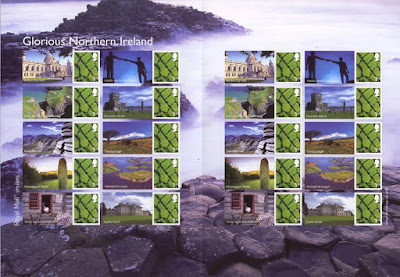 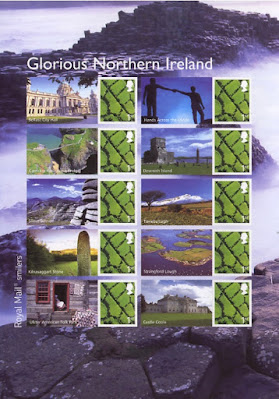 We may mention here the lavish set of philatelic products released by Royal Mail on 23 January 2018 to commemorate the then popular television series Game Of Thrones which was made in Northern Ireland, a reflection of the degree to which peace had returned to the formerly troubled part of the United Kingdom. Prior to the issue of this set and accompanying, booklets, sheets and so on. Royal Mail had released weekly single Game Of Thrones Post and Go stamps (Patchwork of fields stamps with attached label) never purchasable as single sheets containing all 10 stamp and excruciatingly difficult for collectors to obtain. 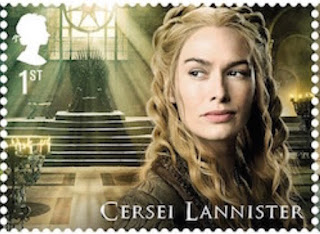 Finally we might note that the first stamp to feature a Northern Ireland subject was the 2/6d value of the first high value definitives of the reign of Queen Elizabeth II. The stamp featured Carrickfergus Castle and was issued 23 September 1955 and subsequently reissued on paper with different watermarks and so on. When four new high value definitives were issued in 1988 and reissued with the Queen’s profile in gold in 1982, Carrickfergus Castle was again featured on the lowest value (by then, the £1). 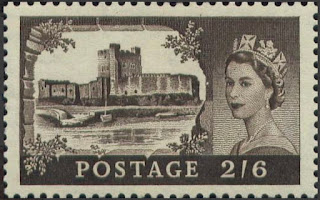 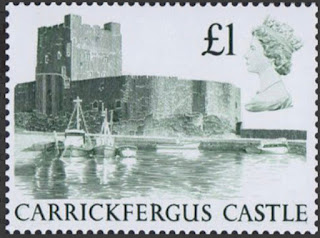 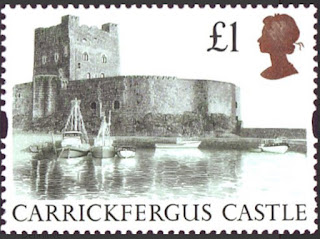 So an important British anniversary once more goes unmarked by Royal Mail but for once, given the potential problems associated with such a stamp issue, perhaps Royal Mail can be forgiven for not giving us a stamp issue to commemorate Northern Ireland’s centenary.