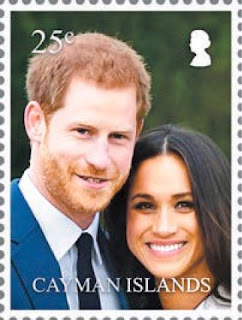 🇰🇾 Cayman Islands Postal Service issued a set of 4 stamps on 18 July 2018 to commemorate the wedding of The Duke and Duchess of Sussex. This is a nice straightforward set which surprisingly, given that other postal administrations have included photographs from the wedding itself, shows only portraits of the royal couple taken at the time of their engagement. Rating:- ***. 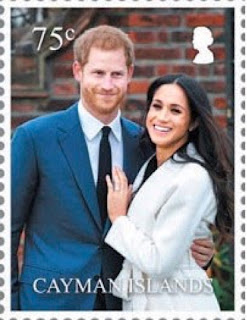 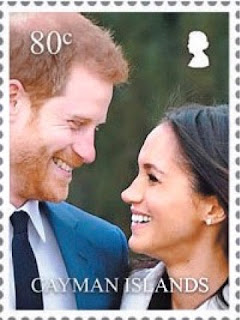 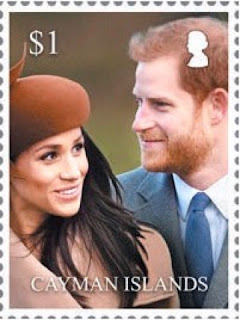 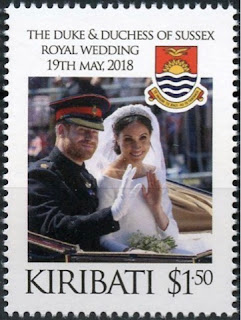 🇰🇮 The postal service of Kiribati also issued a set of 4 stamps and 1 miniature sheet on 20 July 2018 to commemorate the wedding of the Duke and Duchess of Sussex. The issue was designed by Derek Miller and lithographed. A reasonably attractive issue. Rating:- ***. 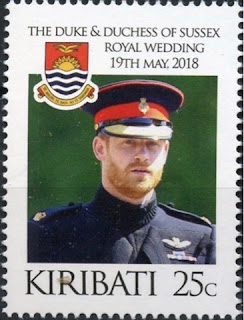 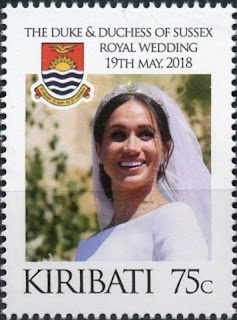 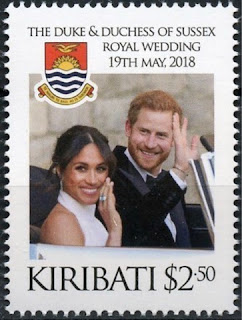 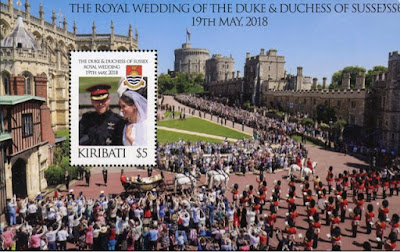 🇬🇧 It's interesting to note that another month has gone by without the Gibbons Stamp Monthly Catalogue Supplement listing any IGPC productions (see Blog 1252). This means that the Catalogue has not given full listing to any IGPC stamps in the period July 2017 to August 2018. It would be helpful if the Catalogue editor would update his thoughts on the listing of these items given that such a long period has now elapsed without any listing of the stuff.

🇧🇫 In Blog 1264 and 1265 I depicted stamps released by various African countries as part of a Pan-African Postal Union (PAPU) omnibus issue to commemorate the Birth centenary of the great South African and Commonwealth statesman, Nelson Mandela. So far most have been from non-Commonwealth countries. The postal service of Burkina Faso, one of the Francophone countries, seems to have issued a single stamp on 18 July 2018 as its contribution to the series. The imprint at the bottom of the stamp indicates that the stamp was lithographed by Cartor. 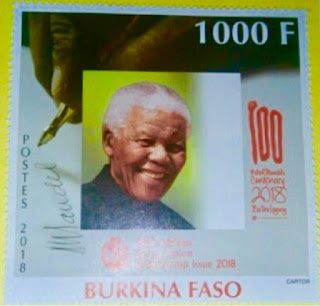