🇿🇦 On 18 July 2018, the actual date of the Centenary of his birth, the late Nelson Mandela, former president of South Africa, was commemorated by a joint stamp issue released by the South African Post Office and the postal service of Germany. The South African issue takes the form of a miniature sheet containing a single stamp while the German issue is a completely different design and is a single stamp - this is rather unusual since joint issues of two countries often share the same format even if the designs are different. The South African sheet was designed by Rachel-Mari Ackermann. Rating:- ****. 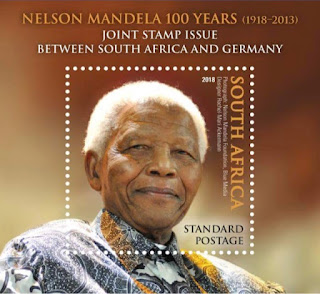 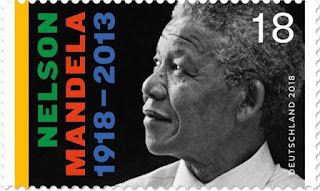 It has also been announced that the South African Post Office was to release a joint issue with the other member states of the Pan-African Postal Union (PAPU) (see Blog 1250). I have not yet seen the South African contribution to this omnibus but the issues of 4 countries - only 1 of which is a Commonwealth territory -  have now become known to collectors. Although I do not usually write about the stamps of non-Commonwealth countries it is fair to say that Mandela is an important figure in the history of The Commonwealth and this PAPU omnibus is potentially a very large and momentous series and so I illustrate below the first available items from the omnibus issue which are from, The Gambia, Algeria, Liberia and Tunisia:- 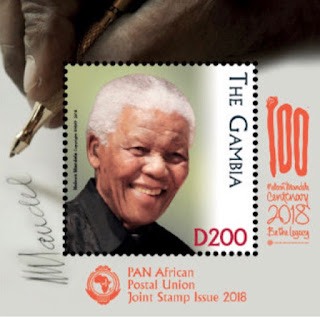 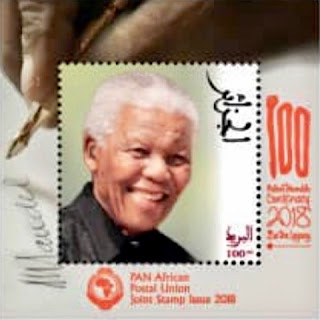 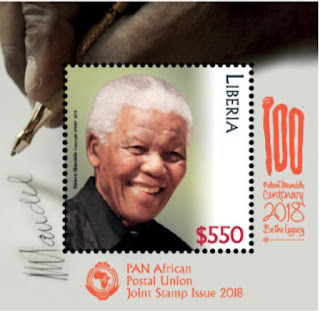 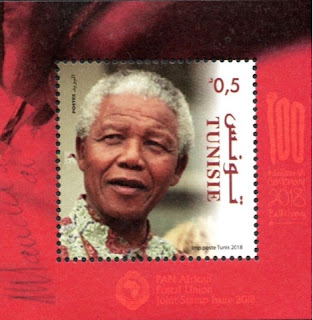