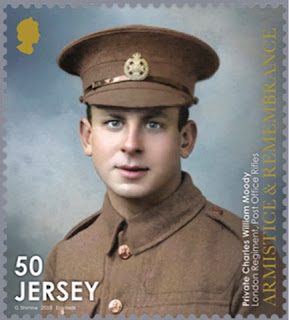 🇯🇪 Jersey Post will mark the Centenary of the end of the First World War with a superb set of 6 stamps and 2 miniature sheets to be issued on 4 August 2018. The issue, designed by Olga Shirnina and lithographed by Enschedé, is titled 'Armistice and Remembrance' and depicts portraits of 6 Jersey people who contributed to the war effort that led to the defeat of Germany and the victory of The British Empire and its allies.
The 50p value and £2 miniature sheet depict the Jerseyman, Private Charles Moody, who joined the Post Office Rifles and the issue ties up beautifully the series of stamps issued by Jersey Post over the past few years which have commemorated the events of the First World War. A tasteful and worthy issue. Rating:- ******. 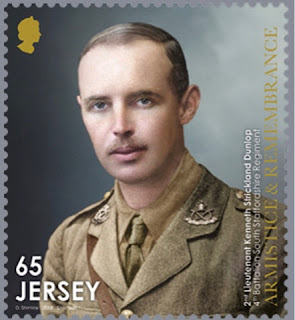 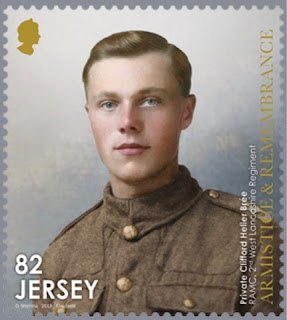 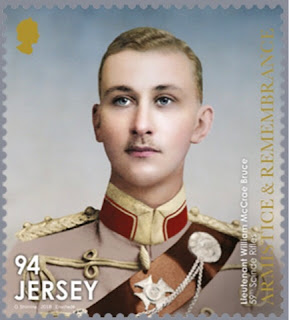 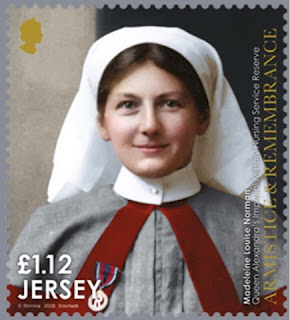 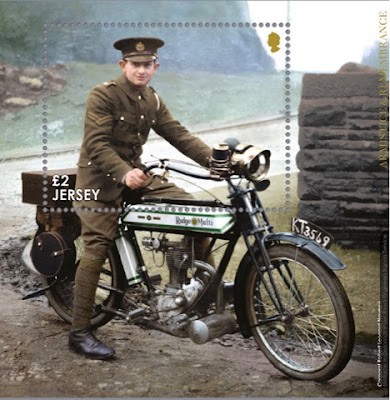 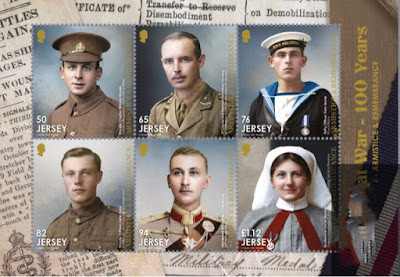 🇬🇬 On 8 June 2018 Guernsey Stamps 'tweeted' that its Post and Go machine GG03 situated in the  Guernsey Information Centre in St Peter Port was dispensing on that date strips of its 'Flowers' stamps with additional inscriptions applied to welcome the passengers of the cruise Ventura which was in port on that date.

🇨🇾 Cyprus Post will issue 2 stamps on 9 July 2018 with the instantly recognisable Cypriot look to them - the first represents Cyprus Post's contribution to the 2018 Euromed omnibus which is on the subject of Houses of the Mediterranean area (see below) while the second commemorates the 25th anniversary of the Interparliamentary Assembly on Orthodoxy. I like these stamps very much. Rating:- ****. 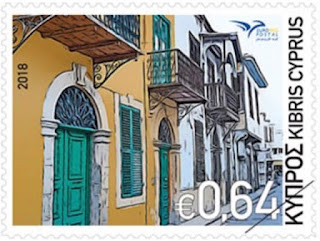 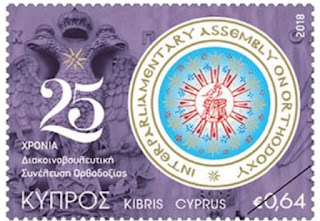 🇲🇹 MaltaPost will issue a pair of stamps on 9 July 2018 on the subject of 'Houses in the Mediterranean' as its 2018 contribution to the Euromed omnibus issue. This is a series of stamps issued annually by member postal administrations of The Postal Union for the Mediterranean (PUMed). The mildly interesting stamps were designed by David P Attard and lithographed by Printex and perforated 14. Rating:- ***. 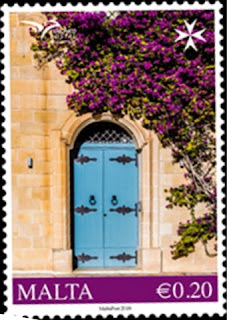 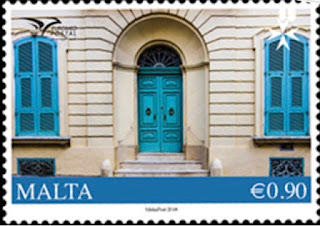 On the following day, 10 July 2018, MaltaPost will issue 3 stamps to commemorate the 75th anniversary of Operation Husky, the invasion of Sicily by the Allies during World War II for which Malta provided a base for a number of the ships involved in the assault. The issue was designed by MaltaPost using photographs of Heritage Malta. Rating:- **. 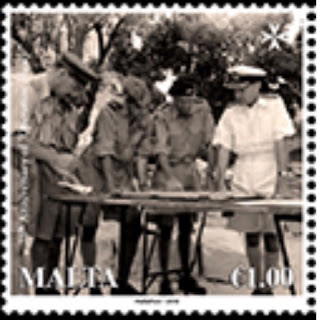 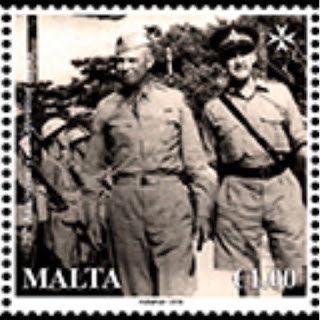 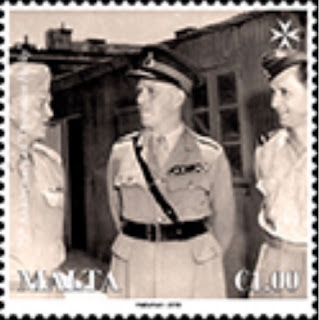