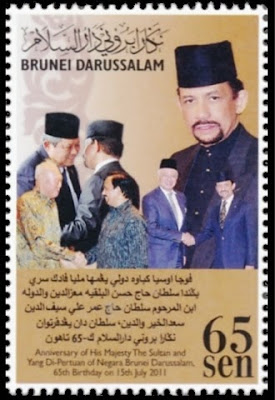 Lee Kuan Yew, the first prime minister of Singapore, died on 23 March 2015 in the 50th year of the country's existence as a separate state. Doubtless we will see the issue of some stamps to commemorate this great Commonwealth statesman in due course.
Lee Kuan Yew was born on 16 September 1923 and studied law at Cambridge University as a young man. Returning to Singapore, Lee had his first experience of local politics in 1951 and was elected to the legislature in 1955 and his party won 43 of the 51 seats in the legislative assembly in elections in 1959.
Singapore gained self-government on 3 June 1959 and Lee became Singapore's first prime minister. Singapore became part of Malaysia in September 1963 but following the race riots of 1964, Singapore separated from Malaysia on 9 August 1965. Lee Kwan Yew held the premiership until 28 November 1990 by which date he had become the longest-serving prime minister in the world. Lee remained in the cabinet in the role of Senior Minister and in August 2004 was appointed "Minister Mentor" by the third prime minister of Singapore, Lee Hsien Loong, Lee Kuan Yew's son. Lee Kuan Yew retired from the Singapore cabinet after the 2011 general election but remained a Member of Parliament.
He has previously been portrayed on stamps - as an elderly statesman he was depicted on a stamp issued by Brunei Darussalam (shown above) which commemorated the 65th birthday of the Sultan of Brunei - Lee is depicted towards the lower left of the stamp shaking hands with the Sultan.
A much younger Lee was also depicted in the border of a miniature sheet issued by Singapore in 1998 to commemorate the "Singpex '98" exhibition and titled "The Singapore Story" - he is depicted standing at a lectern among a group of ministers all with their arms raised after their victory in the 1959 general elections :-

Australia Post will issue its part of the joint ANZAC issue with New Zealand Post (see Blog 534) on 7 April 2015. The set will be composed of 2 gummed stamps, 2 self-adhesive stamps and 1 miniature sheet and was designed by Sonia Young and lithographed by McKellar Renown:- 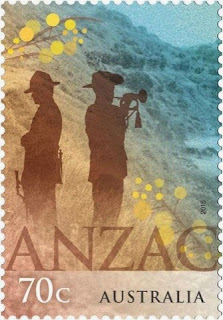 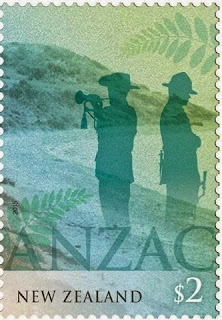 In contrast, the postal administration of The Turkish Republic Of Northern Cyprus issued a single stamp on 18 March 2015 to commemorate the centenary of the Turkish victory at the Battle of Gallipoli - I do not yet have a satisfactory illustration of the stamp but a maximum card with the new stamp applied to it is currently being offered for sale on an Internet website and I illustrate that item below:- 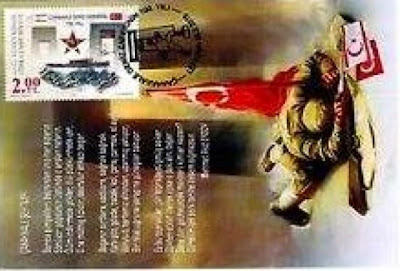 India Post issued 1 stamp on 20 March 2015 on the subject of  the Indian Ocean and Rajendra Chola I who was one of the greatest rulers of the Tamil Chola Empire and succeeded to the Chola throne in 1014 AD. He extended his empire along the Ganges in northern India and across the Indian Ocean. He ruled the Andaman and Nicobar Islands, Ceylon and the Maldive Islands and sent a fleet to and invaded the territories of Srivajaya in Malaya, Siam and the East Indies:- 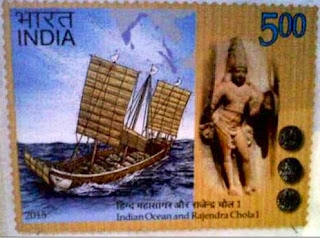 Niue will issue a set of 4 stamps and 1 miniature sheet on 7 April 2015 on the subject of "Hiapo Niue" which is Niuian tapa cloth. The set was designed by New Zealand Post and lithographed by collectables And Solutions Centre, Whanganui:- 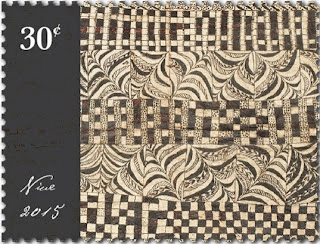 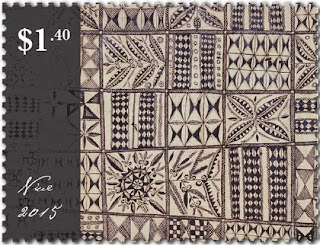 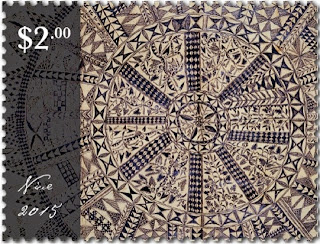 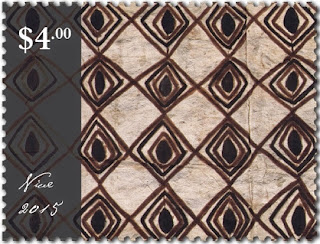 Meanwhile Tokelau will also issue an excellent set of 4 stamps and 1 miniature sheet on 7 April 2015 on the subject of local traditional fishing. This issue has the same designer and printer as the issue from Niue:- 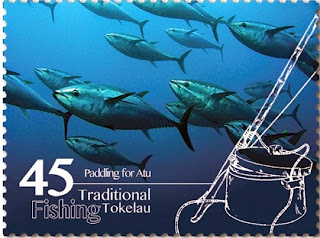 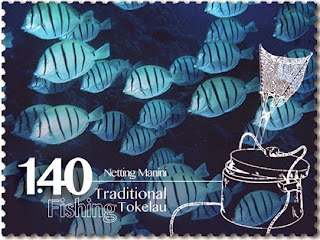 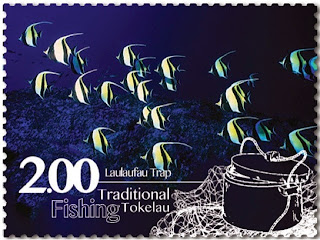 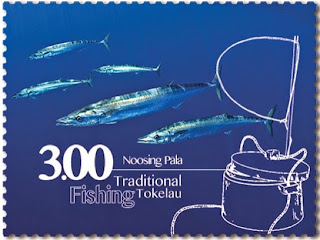 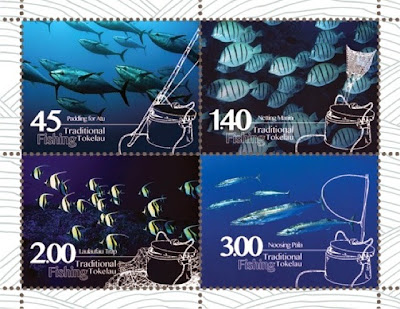 A Cypriot designer, Doxia Sergidou, has won a competition held by PostEurop to provide the design of the 2016 Europa common design which is on the theme "Ecology In Europe - Think Green" and which coincides with the 60th anniversary of the first Europa stamps. Presumably therefore collectors of Commonwealth stamps will find themselves buying stamps with this design from Isle Of Man Stamps And Coins, Jersey Post, Guernsey Post, An Post, Gibraltar Stamps, Malta Post, Cyprus Post and Royal Mail. Well, that will be interesting:- 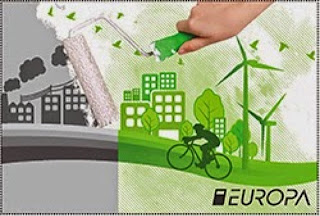