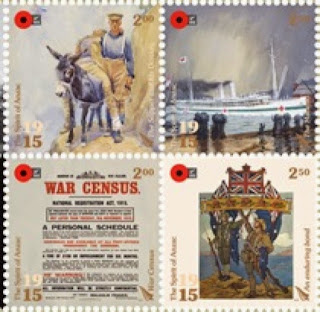 New Zealand Post will release an issue of stamps on 23 March 2015 titled "the Spirit of ANZAC". This issue which will be part of a joint issue with Australia illustrates the country's involvement in the First World War in 1915 and centres on the Gallipoli Campaign which began with the landing of Allied troops at ANZAC Cove on 25 April 1915.
There are a number of elements to this issue which are a mint sheetlet of 10 gummed stamps, a se-tenant block of 6 different gummed stamps, 2 gummed miniature sheets - one of 6 different stamps and the other of 4 different stamps - and a $39.90c booklet containing 12 different miniature sheets. The issue was designed by Strategy Design and Advertising of Wellington and printed in lithography by Southern Colour Print:- 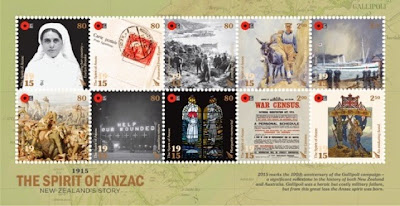 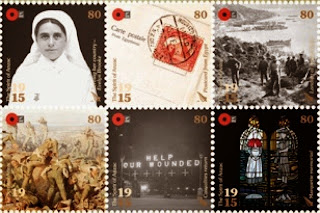 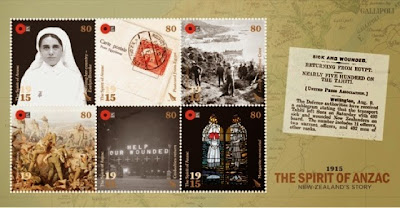 There are always at least 2 viewpoints to military conflicts and as mentioned in Blog 515, the Postal Administration of The Turkish Republic of Northern Cyprus will issue a set of stamps on 18 March 2015 to commemorate the centenary of the victory (of the Turkish forces) in the naval battle at The Dardanelles.

Zimpost, the postal administration of Zimbabwe, issued a splendid set of 4 stamps and 1 miniature sheet on 9 December 2014 on the subject of local frogs and their habitats:- 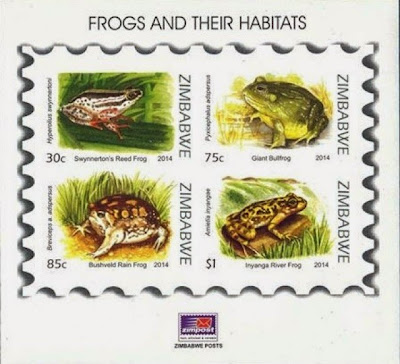 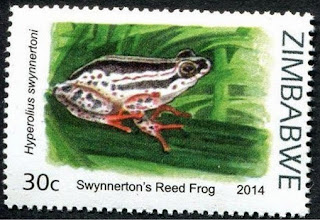 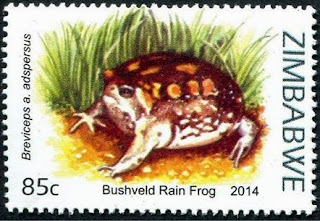 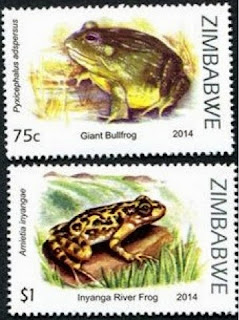 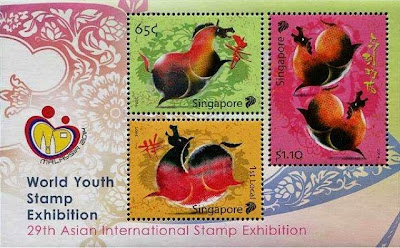 Looking at Blog 527 where I listed the Lunar New Year issues of 2014/15 from participating Commonwealth postal administrations or their foreign philatelic agents I found that 2 issues had not yet been illustrated and so below I depict the pair of stamps issued by Gibraltar Stamps (see Blog 514):- 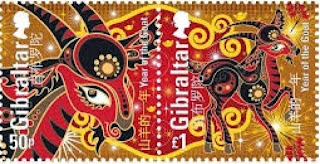 and the Smilers Sheet which was released by Royal Mail. The sheet was designed by Rebecca Sutherland and issued on 19 November 2014. The total face value of the sheet was £12.40p but Royal Mail added 50p to the price and sold it for £12.90p:- 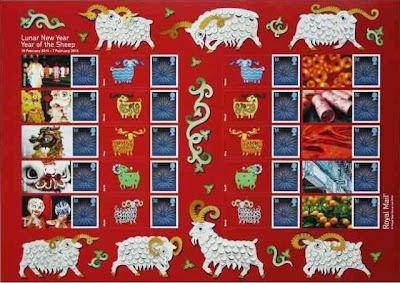 Depicted below are better illustrations of the 4 very attractive stamps issued by Hong Kong Post on 24 January 2014 (see Blogs 479 and 512) to commemorate the lunar new year. The 2 "Heartwarming" stamps are also shown:- 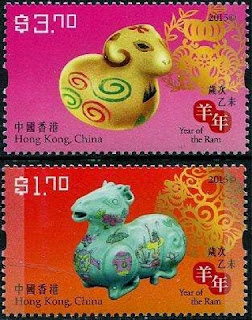 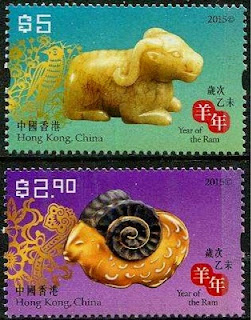