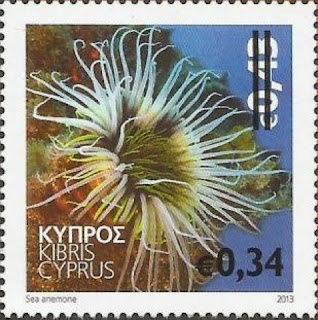 Cyprus Post released a new surcharged stamp without any prior warning on 4 February 2015. The 43c sea anemone stamp originally issued in 2013 has been surcharged 34c (depicted above). I frequently buy my new Cyprus issues from the excellent Cyprus Stamps and they have been kind enough to supply me with this item free of charge with the latest part of the new definitive series which I had preordered from them. What excellent service. 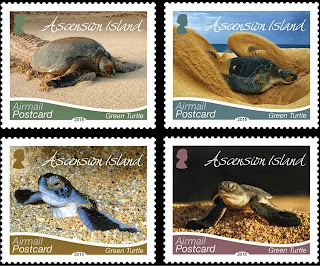 Ascension Island will issue 6 stamps and 1 miniature sheet on 14 February 2015 on the subject of the green turtle (depicted above and below). The stamps are issued at the 50p airmail postcard rate and were designed by Bee Design and lithographed by BDT International:- 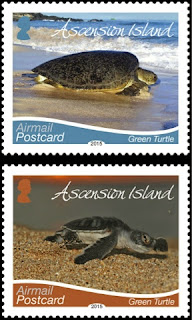 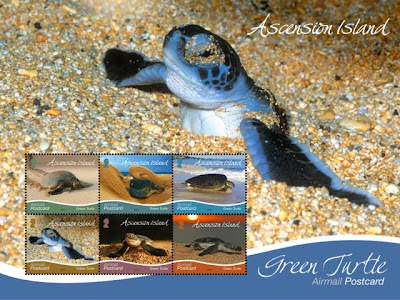 The IGPC philatelic agency seems to have embarked on releasing a series of philatelic products on the subject of "Rare stamps of the world" (see Blogs 495 and 520). The latest products have been released in the name of St. Vincent And The Grenadines and take the form of a sheetlet of 3 "stamps" and 1 miniature sheet. Why, one wonders, are not rare stamps of St. Vincent depicted in this set rather than stamps from foreign countries? 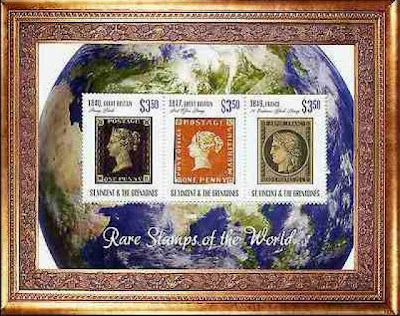 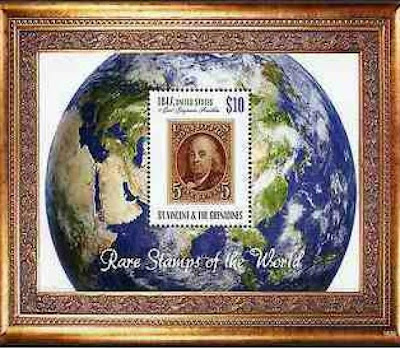 Other recently announced philatelic products from the IGPC are inscribed with the name of several Commonwealth territories:-
Nevis - 21 January 2015 - Prehistoric mammals (part 2) - 1 sheetlet of 4 stamps and 1 miniature sheet:- 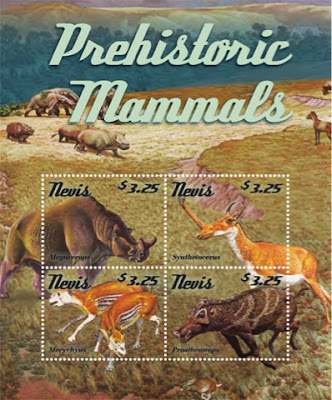 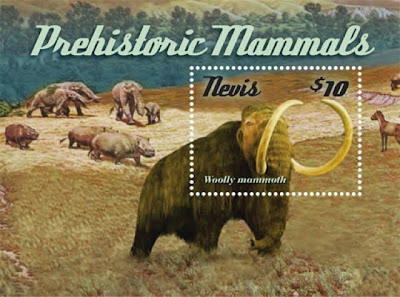 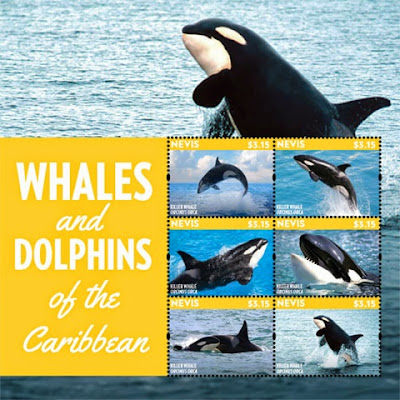 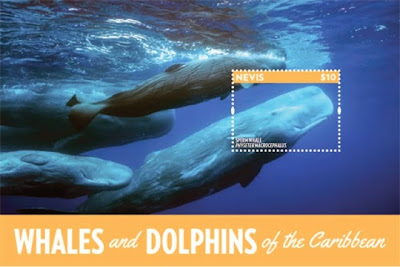 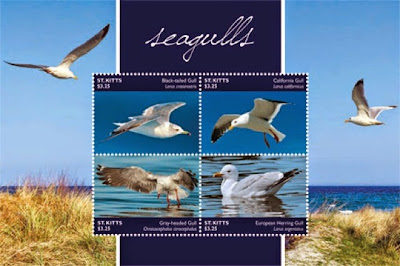 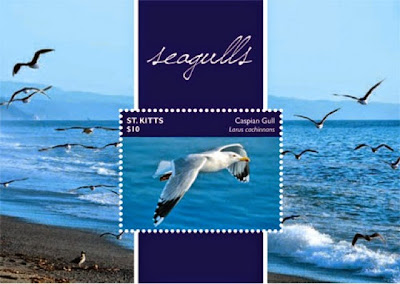 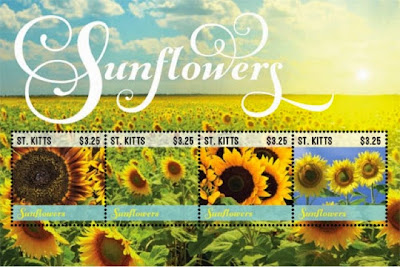 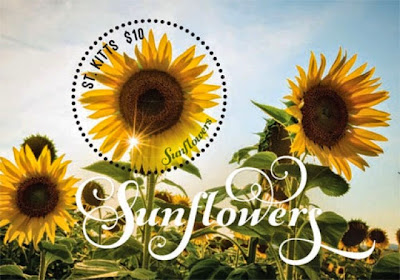 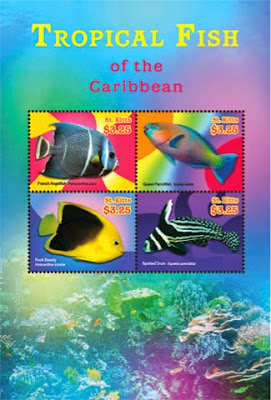 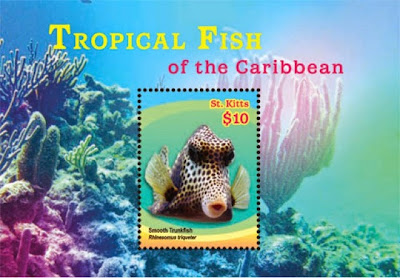 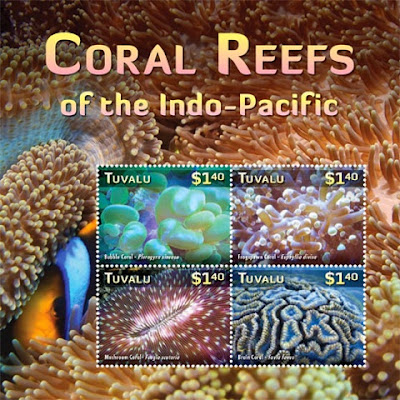 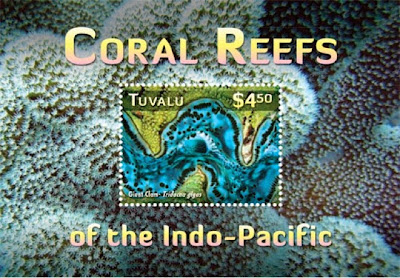 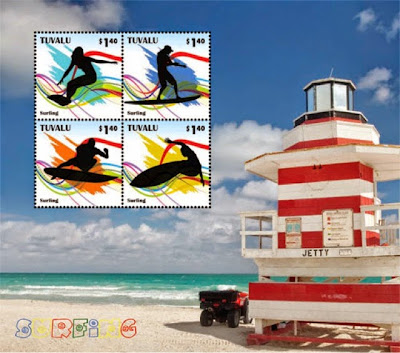 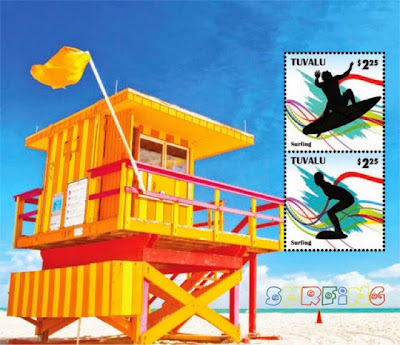 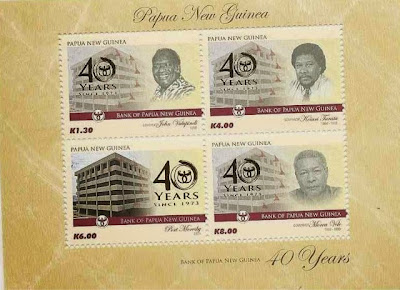 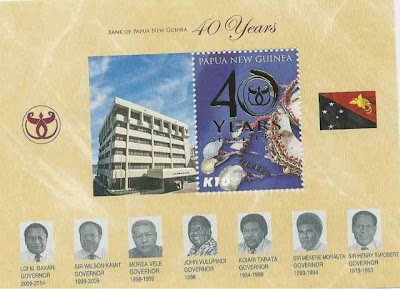