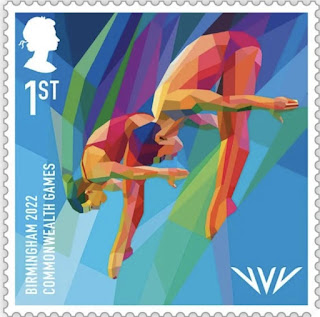 🏴󠁧󠁢󠁥󠁮󠁧󠁿 28 July 2022 - After the ‘Pride’ set of products, for the second consecutive time Royal Mail will release a set of stamps with unpleasantly garish designs, this time to commemorate the Commonwealth Games being hosted in England. The designs feature various sports and make no effort to feature the host city of Birmingham, a large post-industrial conurbation in the English Midlands, or even the Games’ emblem. Although Birmingham is named as hosting the athletics and some of the minor sports, many other sports are taking place elsewhere - the track cycling is to be in London, bowls in Leamington Spa, the swimming in Sandwell and the shooting in, er, India.

The set of 8 stamps (2 se-tenant pairs of four) was designed by Charis Tsevis who lives and works in Cyprus and lithographed by Cartor and the stamps are perforated 14.5. Perhaps Royal Mail might more appropriately have employed a talented Birmingham-based artist of which there are many. Rating:- **. 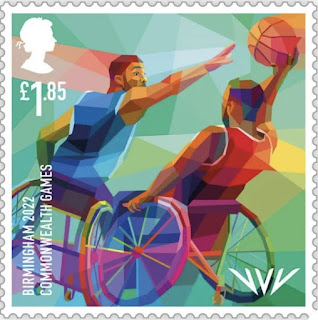 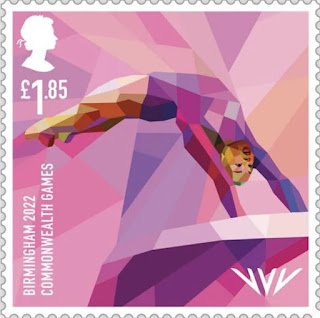 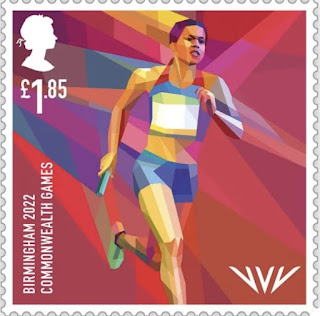 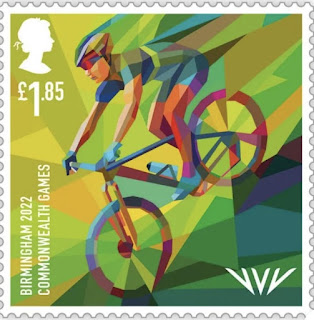 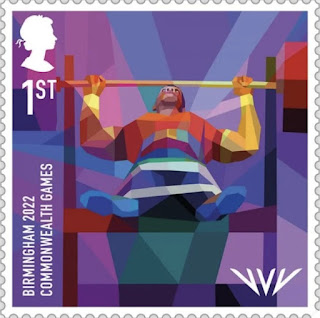 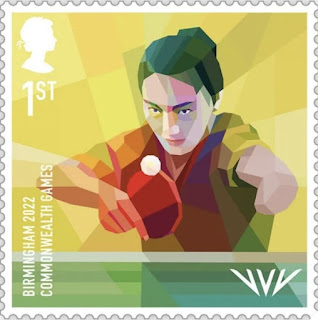 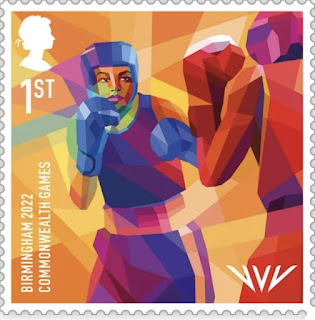 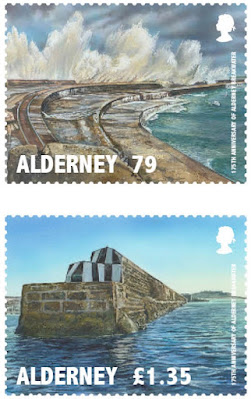 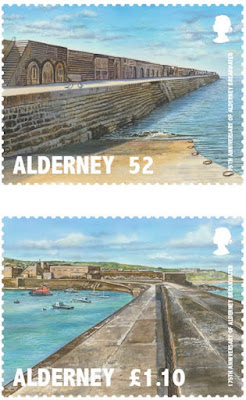