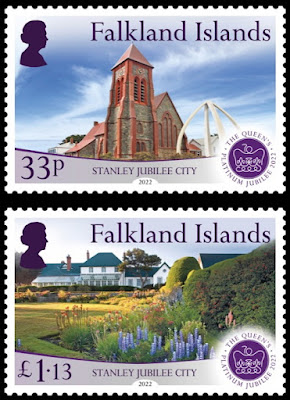 5 August 2022 - Award of city status to Port Stanley, capital of the Falkland Islands. Designed by Bee Design and lithographed by Cartor and perforated 13.5. Production coordinated by Creative Direction. Thanks to Angela Warner of Pobjoy Stamps for information about this issue. Rating:- *****. 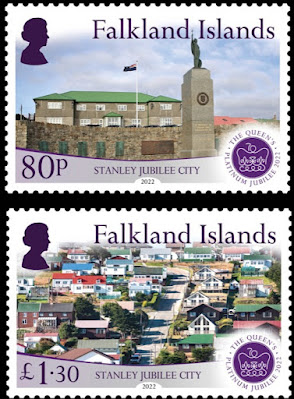 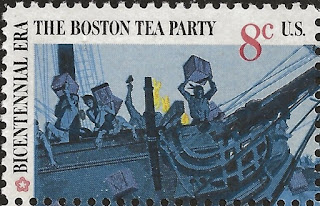 🇺🇸 A couple of days ago being 4 July, United States Independence Day, it came to me that we are now only 4 years away from the 250th anniversary of the unilateral declaration of the Independence of the United States of America. The 200th anniversary, the Bicentennial,  was a major philatelic event with stamps and other philatelic items being issued in the years prior to the bicentennial year, 1976, and in the subsequent years in the run-up to the 200th anniversary of the final defeat of British forces opposing the rebellion at the Battle of Yorktown in 1982.

The first issue released by the United States Postal Service to commemorate the important anniversary was a single stamp issued on 4 July 1971 which depicted the Bicentennial logo. This modest item made a pleasing introduction to the Bicentennial issues. 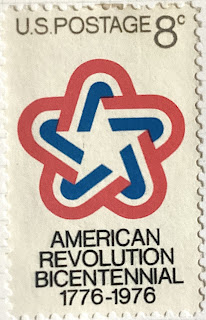 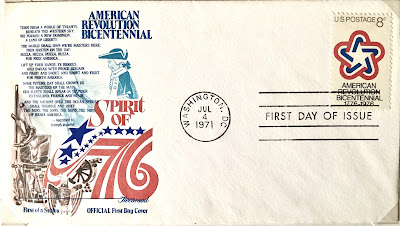 And yet it was another stamp - a revenue rather than a postage stamp - which is of utmost significance in the story of the American rebellion. Stepping back to 1760, when the Hanoverian king of England, George II, died, Great Britain’s overseas empire, born in exploration and nurtured by trade and colonisation, had been confirmed by victory in war in which the British had beaten down the challenge from France across the continents. British sea power was supreme from Bengal to the Caribbean and from Dakar to Canada.

But even as George III ascended the throne “glorying in the name of Britain” forces were at work which would tear the 13 British colonies away from the British Empire forever. The defeat of the French in and conquest of Canada in 1759 had established British dominance from Hudson’s Bay to Florida and removed, for the present at least, the French threat to the British colonies in North America. The colonies were prospering and the colonists felt they had no further need for military protection and did not feel prepared to pay for it in the form of taxes - the average American payed 6d a year in taxes while the average Englishman payed 50 times more - those living in England felt that the Americans were morally obliged to pay more towards the Empire’s defence. The Americans felt differently. The British were determined to bring the American colonies under more direct rule and to intertwine the economies of Britain and the Thirteen colonies. To this end the British Parliament passed a number of acts culminating in the Stamp Act of 1765 which imposed taxes on documents, newspapers and most items printed in the colonies (which required a stamp to be affixed to said items) which led to protests and a meeting together of representatives of various colonies in what was known as the Stamp Act Congress.The British relented but fresh legislation was passed in London to put pressure on the colonists, acts of violence took place and while most of the tax-imposing Acts were repealed the British maintained a tax on tea being imported into North America. 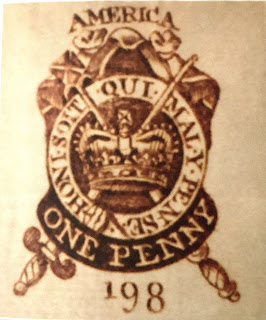 In December 1773 tensions over the tea tax reached such a level that colonists, dressed as Native Americans, boarded three ships of the East India Company loaded with tea and moored in Boston harbour and threw the whole load of the valuable cargo into the harbour’s water. This became known as the Boston Tea Party. Rebellion was in the air.

The Tea Party was commemorated by the US Postal Service with an issue of four stamps in a se-tenant block making up a large illustration of the event. I also include illustrations of two first day covers with Boston postmarks. 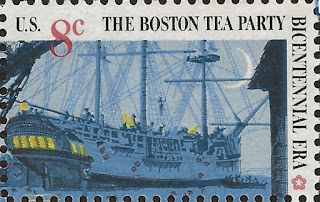 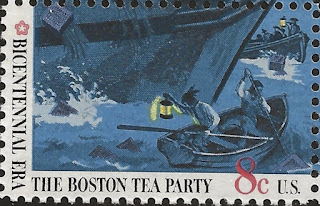 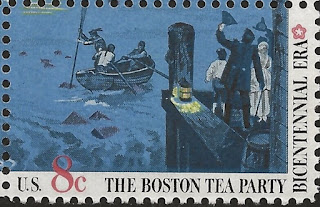 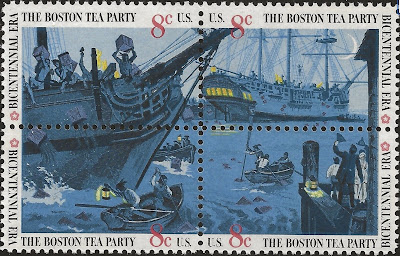 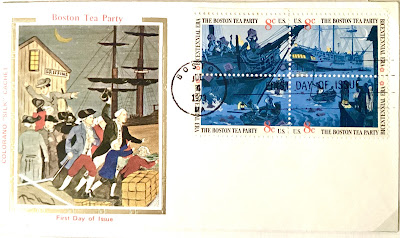 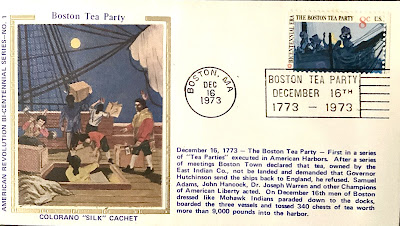 To be continued.
Posted by White Knight at 13:56