🇵🇬 Post PNG (the postal service of Papua New Guinea) issued 4 stamps, a sheetlet containing 4 different stamps and 1 miniature sheet on 17 May 2018 as part of its ongoing 'Pioneer arts' series. The issue depicts the artwork of Joseph Bayagau and was designed by Kim Kaupa of PNG Philatelic and lithographed by Southern Colour Print. Rating:- *****. 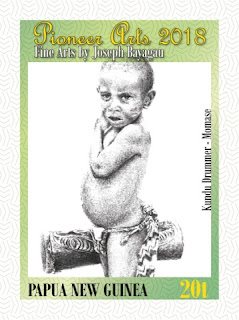 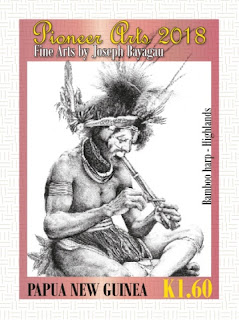 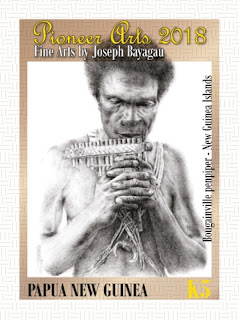 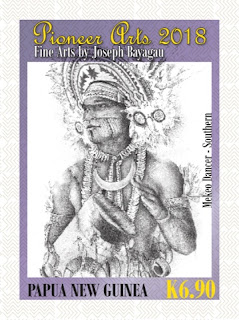 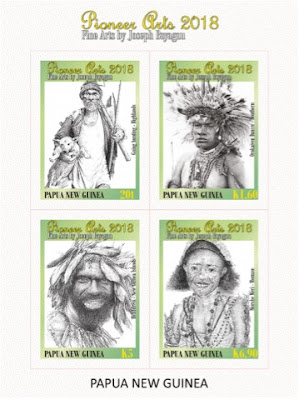 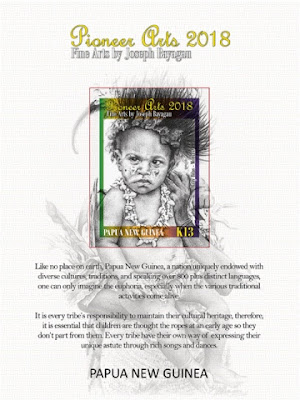 🇿🇼 The President of Zimbabwe, Emmerson Mnangagwa, announced on 15 May 2018 that the country had applied officially to rejoin the Commonwealth, fifteen years after the country's previous tyrannical ruler, Robert Mugabe, had withdrawn the nation from membership of the organisation. National elections will be held in July 2018 and it is believed that if these are held in a satisfactory manner then the route to Commonwealth readmission will be opened.
🇬🇬 Guernsey Post Stamps and Collectables has tweeted news about this year's Post and Go cruise ship issues.
It is possible that it has not given details of every issue but this is what we have so far:-
14 May - inscription notes visit of Columbus and Royal Princess
21 May - Britannia
26 May - Royal Princess and Brilliance Of The Seas.

🇦🇺 There is a new spate of stamp packs from Australia Post. Their subjects appear to have nothing to do with Australia.

The first is a $23 pack titled 'Solo: A Star Wars Story'. The pack contains 2 panes each made up of 10 x $1 Map of Australia stamps with attached labels. Rating:- 0. 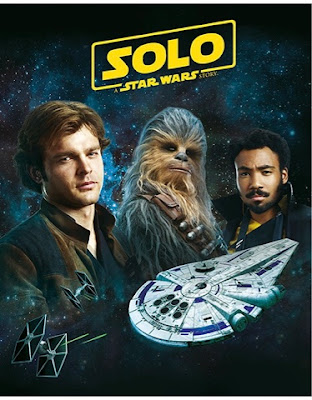 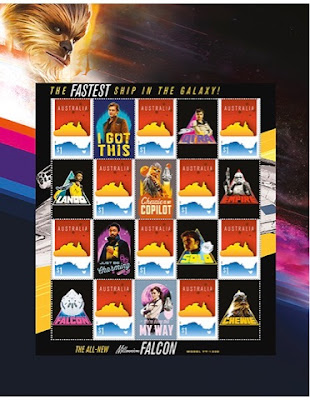 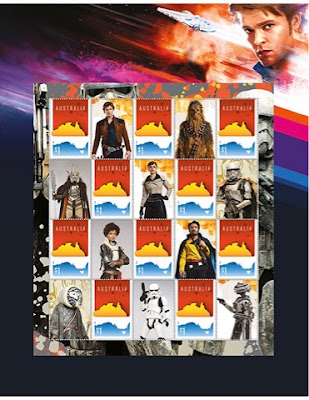 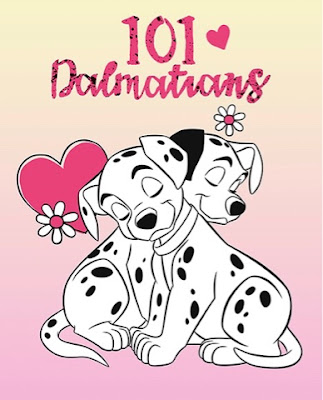 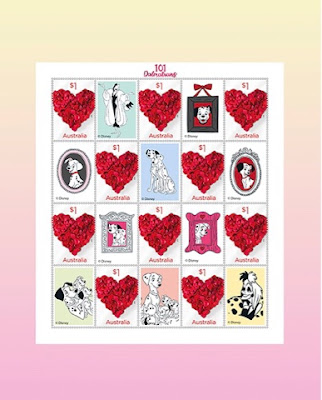 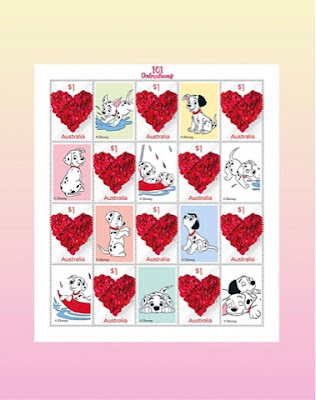 There will also be a $23 pack titled 'Jurassic World: Fallen Kingdom' which contains 2 panes of 10 x $1 'Map of Australia' stamps with attached labels. Rating:- 0. 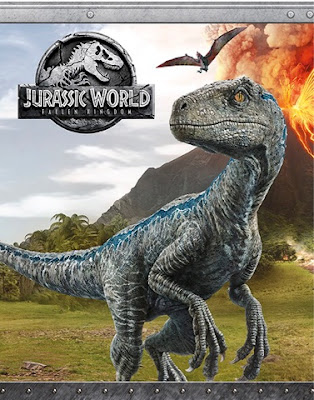 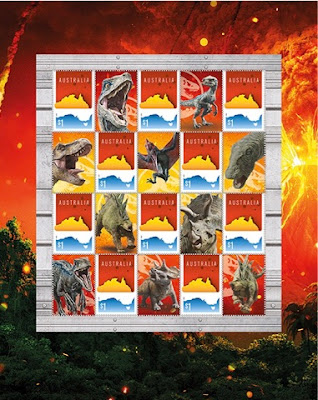 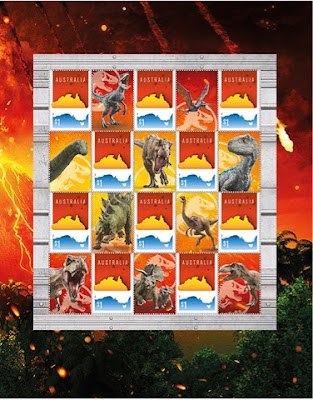 Also released is a $12 pack containing a single pane of 10 x $1 'Map of Australia' stamps with attached labels on the subject of the US cartoon character Superman. Rating:- 0. 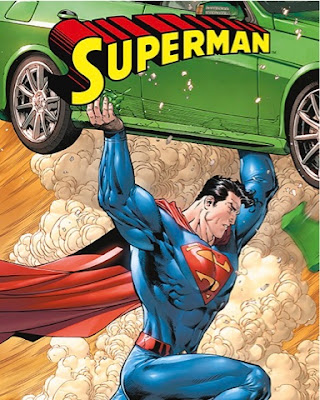 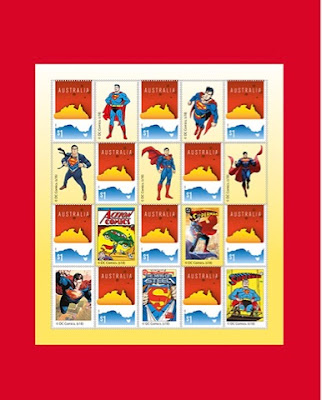 There is also a $23 pack containing 2 panes each of 10 x $1 Heart of roses stamps with attached labels on the subject of 'Disney Princesses'. Rating:- 0. 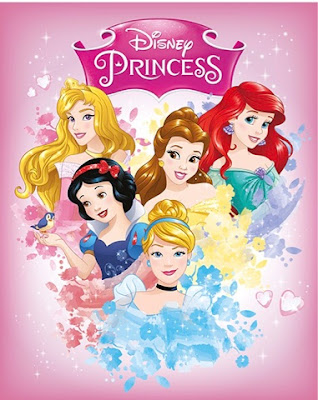 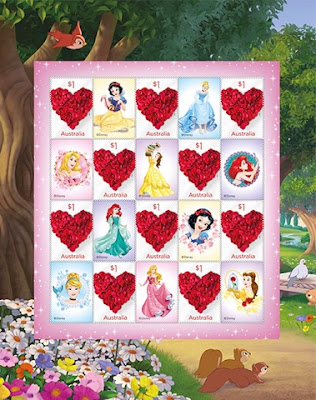 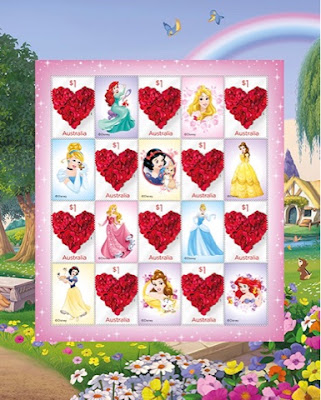 Another upcoming pack is the $23 'Sustainable Development Goals' pack which unusually has a serious message and also includes 20 x $1 'Map of Australia' stamps all in a single pane with the labels all being combined in the second pane without any valid postage stamps. Rating:- 0. 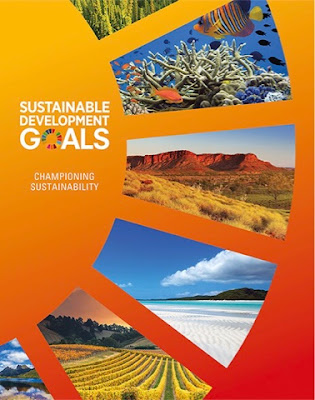 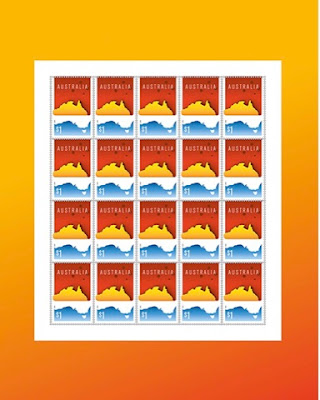 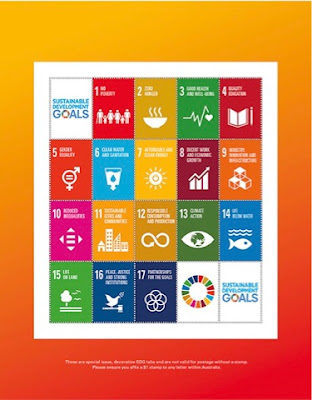 If you thought that the stamp issues which Australia Post releases to commemorate the Queen's birthday were fairly straightforward then think again. This year - I don't know the precise date of issue - Australia Post has issued a 'Silver miniature sheet collection'. The collection is made up of 2 miniature sheets- one containing 4 x $2.95c values and the second containing 1 x $2.95c. Of course it's a limited edition (200) and it's shockingly expensive- $129.95c. How can one resist? Well quite easily actually. Rating:- 0. 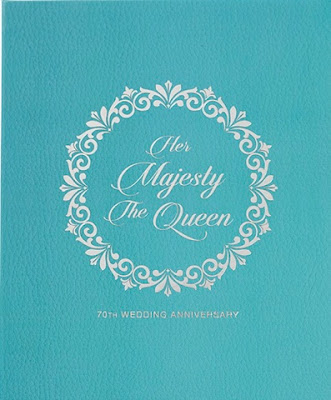 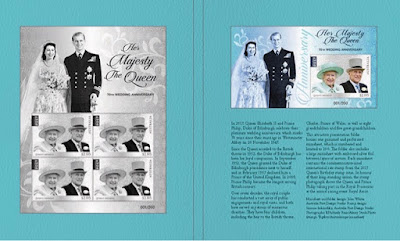 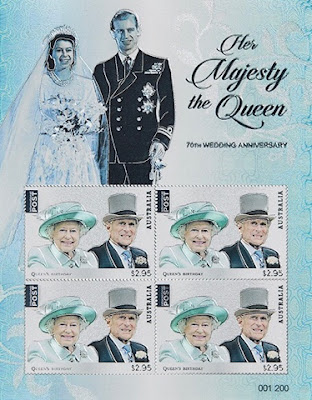 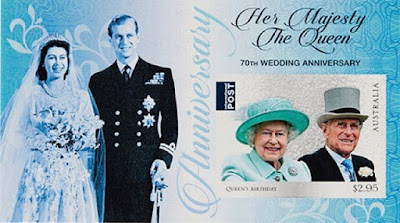