🇳🇿 New Zealand Post will issue a set of 6 self-adhesive stamps and 1 miniature sheet on 6 June 2018 on the subject of the story of Maui and the fish. It is a colourful and appealing issue which was designed by David Hakaria and lithographed by Southern Colour Print and perforated 13.5. Rating:- *****. 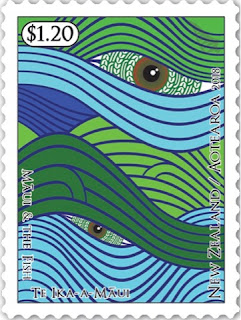 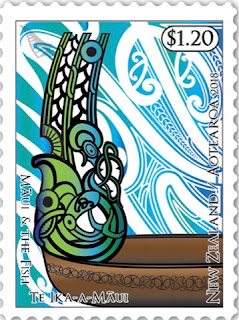 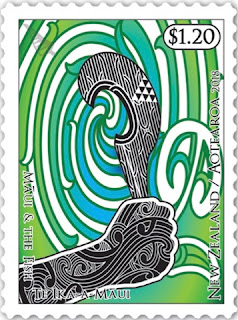 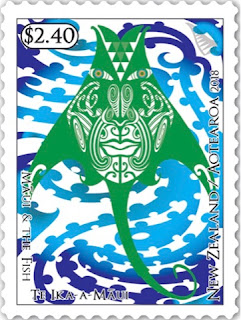 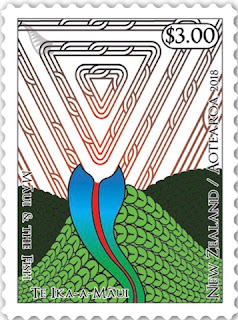 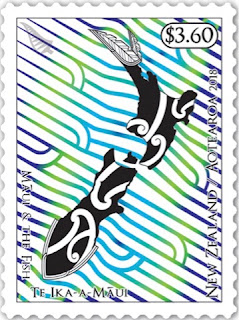 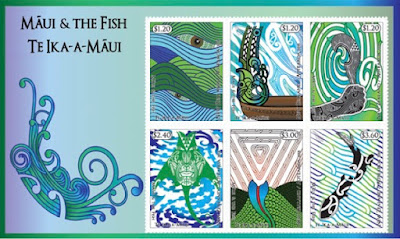 🇧🇲 In Blog 1193 I highlighted that the Bermuda Post Office issued a set of 4 stamps on 22 March 2018 to commemorate the 50th anniversary of the Bermuda Turtle Project. This set was accompanied by a miniature sheet containing 2 different stamps. It is an attractive item. Rating:- ****. 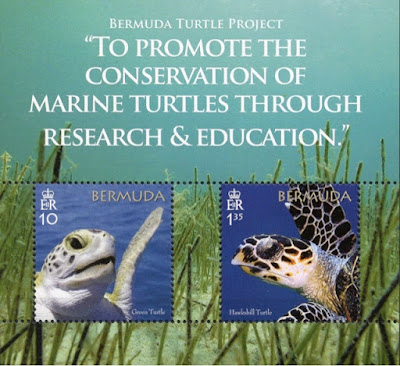 🇬🇾 In Blog 1199 I highlighted that the Guyana Post Office Corporation had been unable to release a miniature sheet of 4 stamps which commemorated the Centenary of the birth of Cheddi Jagan, a former President of Guyana, because of political interference by the office of the current President. The postal service was eventually able to launch the issue on 2 May 2018 at the Office of The Presidency. 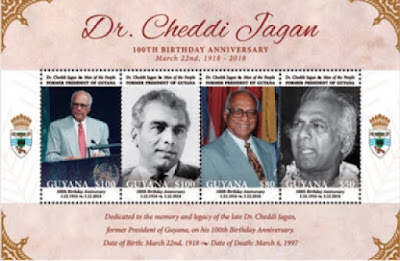 🇬🇮 In Blog 1196 I mentioned the Post and Go stamps released by the Royal Gibraltar Post Office on 21 April 2018 to commemorate the Conference of Commonwealth Postal Administrations (CCPA). The issue comes in various forms:-

From kiosk GI01 (20 and 21 April 2018, Scottish Congress held in Perth, not valid on local mail in Scotland) - issued without additional inscription on two types of backing paper (yellow and transparent).

Dispensed in Gibraltar, valid for use on local mail.

The Year of The Dog Post and Go stamp was also issued with a new inscription applied to it which reads 'Adopt a Dog' (which seems like good advice to me). The date of issue was 23 April 2018.