🇲🇹 MaltaPost will issue a set of 3 stamps on 22 May 2018 to commemorate the taking on of the role of European City of Culture by the Maltese capital city, Valletta. This interesting set was designed by Joseph Pulo and lithographed by Printex. Rating:- ****. 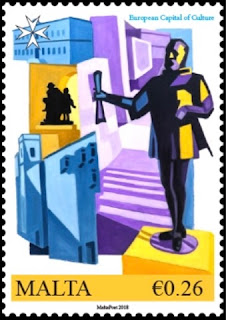 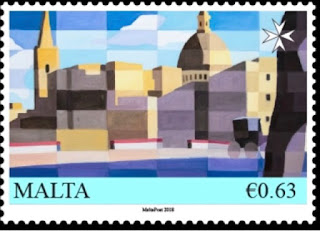 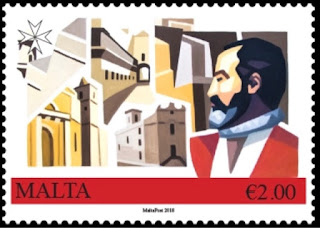 🇦🇬🇬🇲 The New York- and Beijing-based philatelic agency, IGPC, continues to do its best to cash in on the British royal engagement and royal wedding in which Prince Henry Of Wales, known popularly as 'Harry' and Meghan Markel (known by the Press rather overfamiliarly as 'Meghan'), will tie the knot. I have already featured a number of products put out by this company in the name of a number of its client postal administrations and now 2 more have appeared.
Firstly, there are 2 miniature sheets with the name of Antigua And Barbuda printed on them - one contains 3 stamps and the other a single stamp. It is worth repeating that the Stanley Gibbons Catalogue editor has recently reported that no commemorative stamps are sold at post offices in Antigua And Barbuda and one must therefore question whether any such items, despite their theoretical validity for postage, are actually true postage stamps and deserve a place in a collection of postage stamps. Personally I think not.
As regards the design, the Union Jack is very prominent on the stamps and I question why, given that Prince Henry is the grandson of The Queen of Antigua And Barbuda, the flag of that Caribbean country is not incorporated in the design. Rating:- 0. 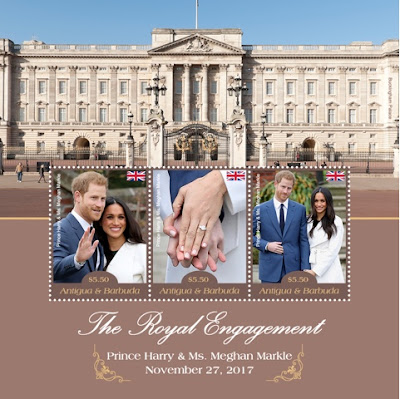 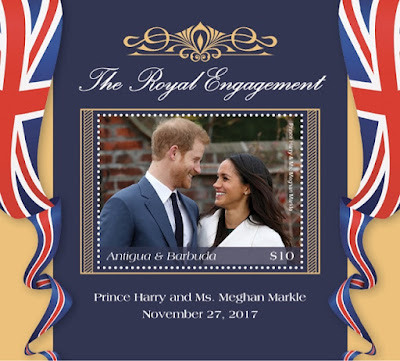 If Elizabeth II is the Head of State of Antigua And Barbuda she most assuredly is not Queen of The Gambia which long ago opted to become a republic and ditch the British royal family and have a Gambian as its Head of State. There therefore seems little reason for that country to commemorate philatelically the present royal engagement and wedding apart from any cash which may flow from sales of such items into IGPC's coffers. Nevertheless IGPC has released 2 miniature sheets in the name of The Gambia on the subject of the royal wedding - one containing 3 stamps and the other 2 stamps. Rating:- 0. 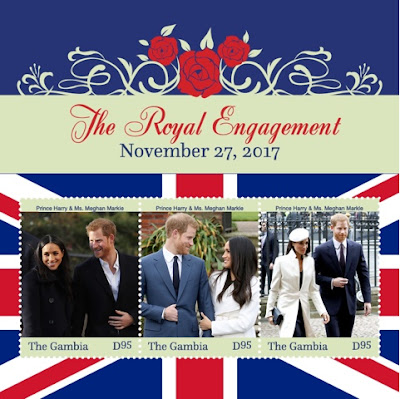 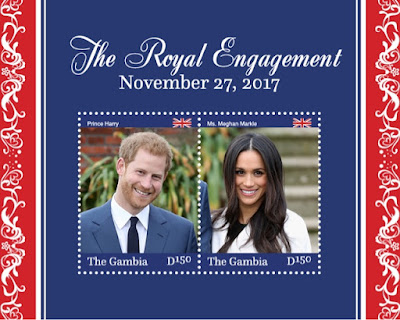 As all of the items released by IGPC so far have referred to the royal engagement rather than the royal wedding I presume there are yet more to come which will feature scenes from the wedding itself. Ho hum.

🇳🇿 New Zealand Post will update its 10 Personalised stamps to take account of new postal rates and issue them in sheetlets of 10 with attached labels on 6 June 2018. I don't find these peronalisable stamps to be all that interesting though I do see the point of them. The issue was designed by New Zealand Post and lithographed by Southern Colour Print and perforated 13. Rating:- *. 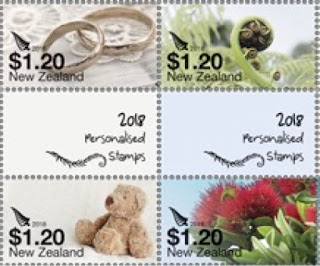 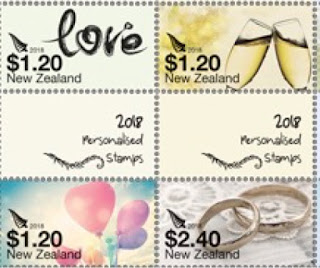 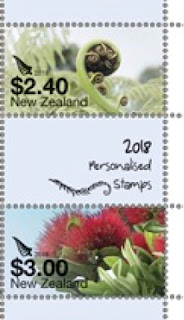