🇬🇧 A number of postal administrations responded very quickly to the news of the engagement of Prince Henry of Wales and Meghan Markle by releasing stamps to commemorate the event. The result was that a numbet of items, usually miniature sheets, appeared on the market which all looked very similar and really were not very interesting.
Royal Mail has now announced that it will issue a miniature sheet containing 4 stamps (2 of 2 different designs) on 19 May 2018 to commemorate the couple's wedding on that date. The photographs used for the issue, by Alexi Lubomirski/Kensington Palace, Chris Jackson/Getty Images and Samir Hussein/Getty Images, have not yet been featured on any stamps and the Royal Mail issue as a result is head and shoulders above anything else that has been issued to commemorate the wedding. The designs are tasteful and it seems likely that the stamps will be popular with the general public if the miniature sheets are made easily available from ordinary post offices. Rating:- *****. 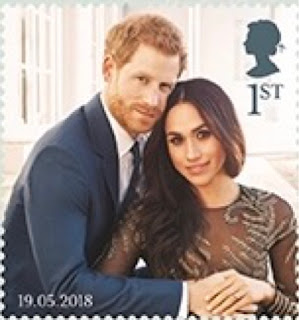 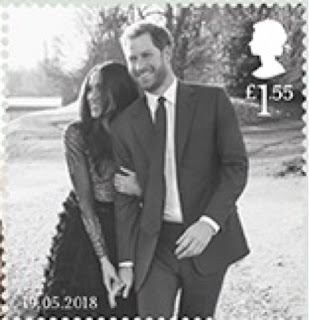 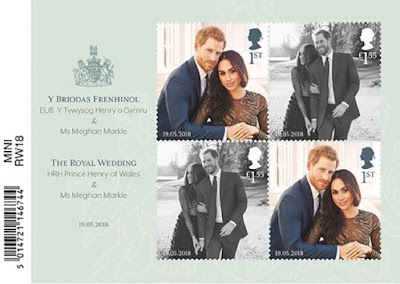 🇨🇾 Cyprus Post issued a single stamp on 27 April 2018 to mark the 10th anniversary of the death of Marios Tokas who was a notable musician and songwriter on the island. The stamp was designed by Marianna Iacovou. Rating:- ***. 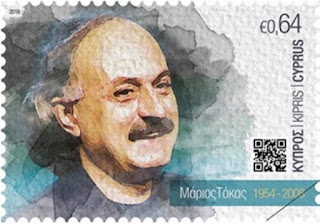