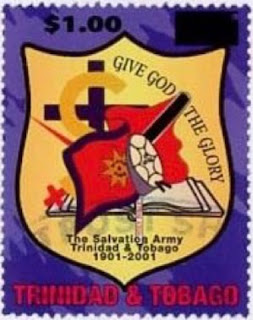 In Blog 1141 I mentioned and depicted 10 of the surcharged stamps released by TT Post, the postal service of Trinidad And Tobago, during 2017. I now depict the remaining value, a $1 surcharge on a 2001 stamp which commemorates the Centenary of the Salvation Army in Trinidad And Tobago. This stamp is currently being offered for sale on E Bay by westindia-co. used on cover.
The same seller is also offering for sale a new booklet of stamps from TT Post which is on the subject 'Creole Harvest'. The booklet contains 10 different $1 self-adhesive stamps and was designed by Eric Smith and Cassandra Joseph and Lantern Designs. The item is postmarked 22 February 2018 which I take to be the first day of issue. Rating:- ****. 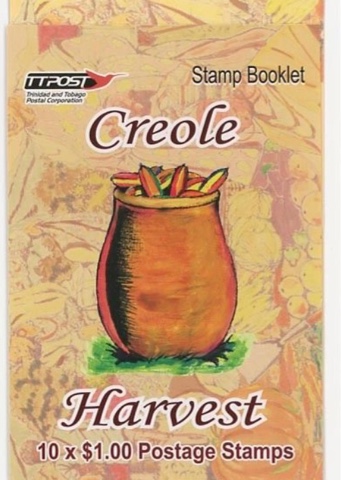 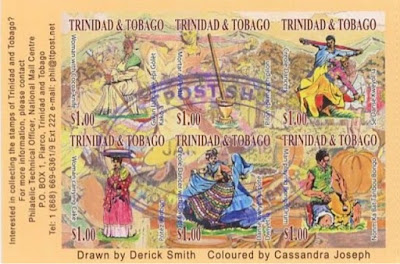 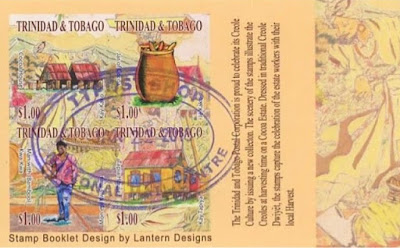 🇮🇳 India Post issued 2 stamps and 1 miniature sheet on 17 February 2017 as a joint issue with Iran. The subject of the issue is Ports of the 2 countries and the stamps feature Shaid Beeshti Port in Chabahar and Deendayal Port in Chandra. Rating:- ***. 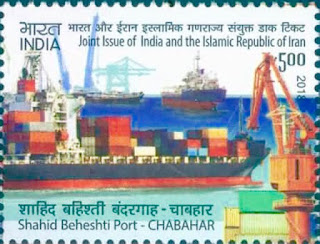 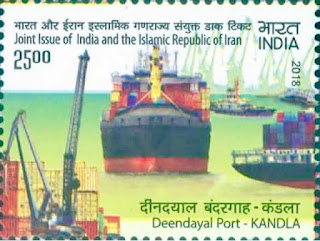 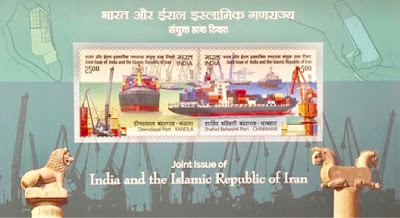 🇱🇹 Stamperija's latest paraphilatelic products are labelled 'Sierra Leone', one of its client postal administrations, and these are in the usual form of 10 sheetlets containing 4 different 'stamps' with 10 accompanying single stamp miniature sheets. Among the subjects featured on these items are 'Pandas' (definitely not native to Sierra Leone and depicted despite the fact that Sierra Leone has a wealth of its own wild life which could have been featured instead), 150th Birth anniversary of Paul Harris (founder of Rotary), 45th death anniversary of Pablo Picasso, Fire engines, 205th Birth anniversary of David Livingstone, Special Transport, Cats, 155th Birth anniversary of Henry Ford, Mushrooms and Minerals. Rating:- 0.
The date of issue is stated to be 31 January 2018. 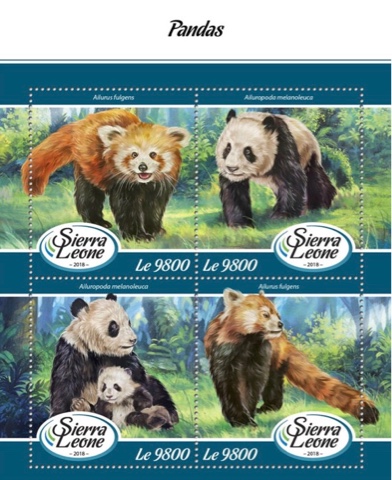 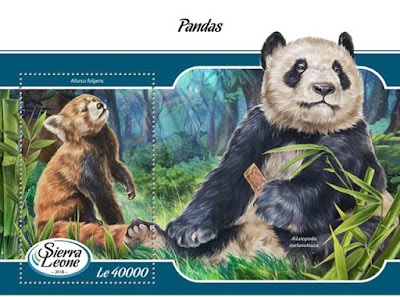 🇲🇾 Pos Malaysia issued a set of 6 definitive stamps and 1 imperforate miniature sheet on 13 February 2018 as part of its state definitive series, this time for Kelantan. We've seen these designs before but I like them. Rating:- ***. 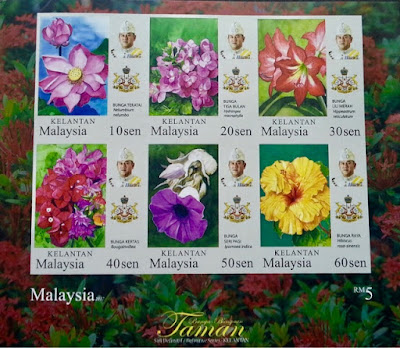