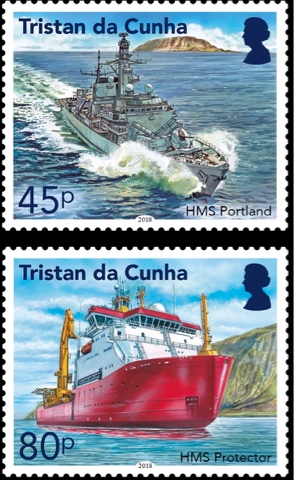 🇸🇭 The postal service of Tristan Da Cunha will release an excellent set of 4 stamps on 20 February 2018 on the subject of Royal Navy ships which have visited the island. The issue was designed by Robin Carter and lithographed by Cartor and perforated 13 x 13.5. Rating:- *****.
Thanks to Juliet Warner of Pobjoy Stamps for information about this issue.
This seems to be a popular theme for 2018 given that the upcoming Post and Go stamps from Jersey Post will also Royal Navy vessels which have visited that island (See Blog 1165). 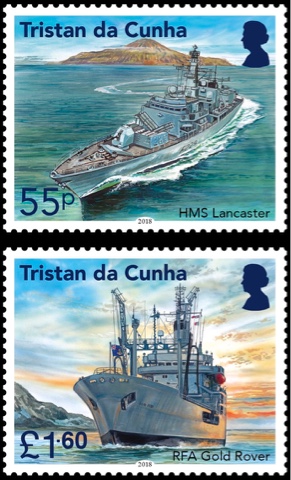 🇬🇮 The design of the Year of The Dog Post and Go stamps which the Royal Gibraltar Post Office will put on sale from kiosk GI01 at Spring Stampex 2018 is depicted below (see Blog 1167):-

🇱🇹 🇸🇧 Following on from Blog 1171 there are more paraphilatelic products from Stamperija with the name of the Solomon Islands printed on them. To add to the 12 sheetlets and 12 miniature sheets recorded in Blog 1171 there are a further 13 sheetlets each containing 4 different 'stamps' and 13 miniature sheets announced this week as having been'issued' on 7 December 2017. As usual most of the subjects featured on the stamps have little or nothing to do with Solomon Islands.
Thus if you have nothing better to do with your money you may choose to buy the products which feature:- the 75th Birthday of Paul McCartney (British musician), 2017 Nobel Prize winners, Military aircraft, Chess Village Marottichel, German and Austrian music composers, World Athletics 2017 Championships winners, Charles de Gaulle (former French President), 135th anniversary of the death of Charles Darwin, 170th birth anniversary of Thomas Edison (American inventor), 95th anniversary of Alexander Fleming (discoverer of penicillin), 80th Birth anniversary of Valentina Tereshkova (Soviet cosmonaut), 70th anniversary of the death of Paul Harris (founder of Rotary) and 35th anniversary of the death of Grace Kelly (US actress).
The total 'face value' is 1040 Solomon Islands dollars which is equivalent to £96.87p. We might therefore conclude that Solomon Islands issued 100 stamps and 25 miniature sheets on 7 December 2017 and that these items had a total face value of 2000 Solomon Islands dollars or £186.36p. Not a bad achievement for a small Pacific island state. These figures do not include varieties which are usually released at premium prices in imperforate format.  Rating:- 0. 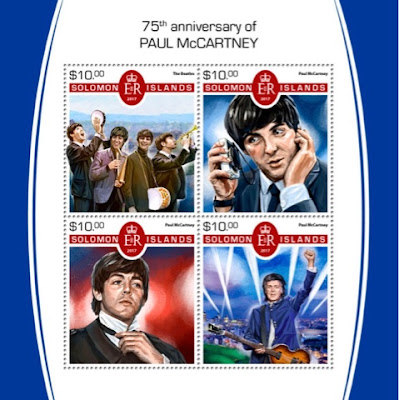 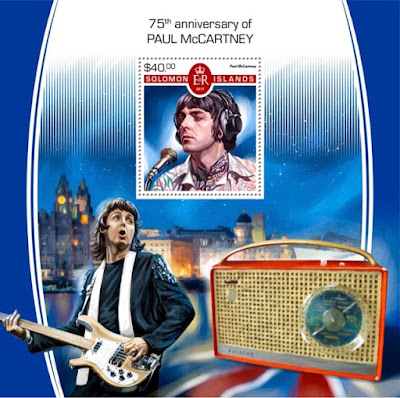 🇸🇱 Also on an internet auction site is a set of 4 stamps, each issued in a sheetlet of 9 stamps which commemorate the 2018 Football World Cup which is to be held in Russia. Each stamp features the competition Mascot called Zabivaka. I presume that this issue does emanate from Stamperija but on this occasion the agency has gone to the expense of paying for the right to depict the Mascot on the stamps. I do not yet know the stated date of issue. Rating:- 0.
Addendum:- It's worth noting that Stamperija has not yet listed these items, along with similar products from Togo and Central African Republic, on its website so these could possibly be bogus issues. Either way I wouldn't buy them. 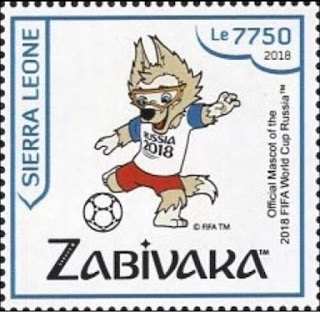 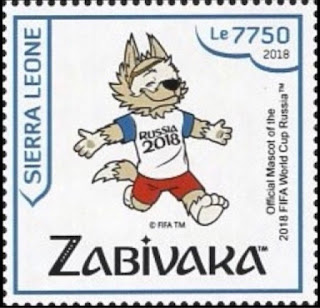 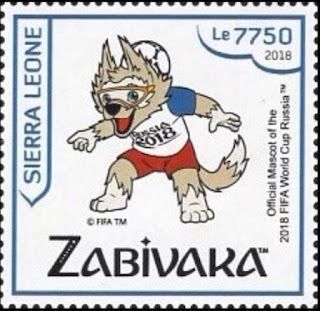 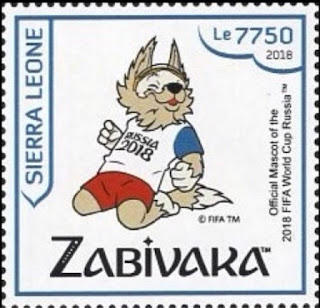 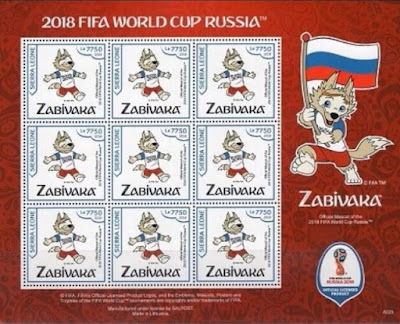 🇯🇪 The Jersey Post Post and Go stamps mentioned in Blog 1157 which will be sold at Spring Stampex 2018 in London are depicted below. Rating:- 0.
The new Visiting Naval Ships stamps also to go on sale on 14 February 2018 have previously been depicted in Blog 1165. 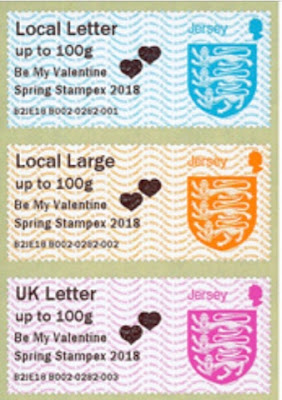 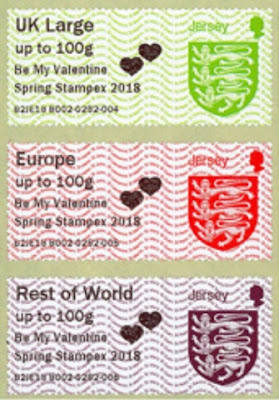