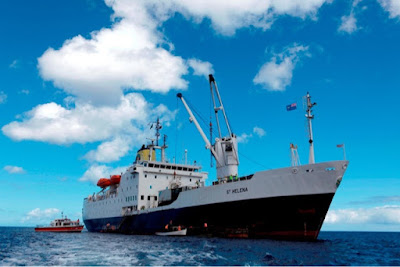 🇸🇭 The St Helena government has recognised that information about its stamp issues to collectors in recent times, particularly since Harry Allen took over CASCO, has been sadly lacking. Unlike its dependencies - Ascension Island and Tristan Da Cunha - which have opted wisely to be client philatelic postal administrations of the impeccable Pobjoy Stamps/Creative Direction, the St Helena postal administration has failed to maintain a regular new issue programme for the past 2 or 3 years or so.
Now the St. Helena government has announced that it has set up a 'new webpage for St. Helena stamps' and has stated on its Facebook page that 'St. Helenian stamps are a prolific source of revenue for St Helena Government' (though I doubt that this is the case in recent years).
The Facebook page states that the St Helena postal service now intends to 'release six stamp issues per year, entirely at the discretion of the Stamp Advisory Group who are responsible for putting together the different stamp issues'.
The article also states that Advisory Group members 'decide on a theme, which could include local or international issues relating to St Helena. These can include endemics of St Helena, British royal engagements, or an anniversary of an internationally renowned historical figure that has affiliation with St Helena e.g. Charles Darwin.'
The piece recommends that overseas customers can visit a Harry Allen website to 'place an order' but if one does indeed visit the named website one is greeted with a 'New website under construction' notice (shown below) which has remained unchanged for the past 12 months or so. 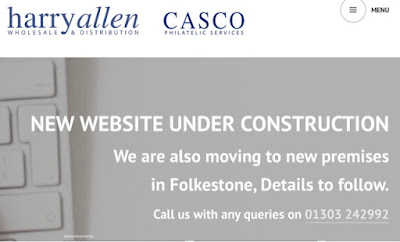 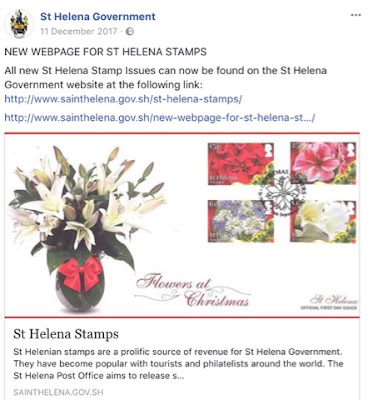 St Helena's new website has recently announced its first planned new issue which will commemorate the last voyage of RMS St Helena from the island itself. It is planned that a set of 4 stamps and one miniature sheet will be released later in March 2018 and the designs will include images of the departure of the ship from St Helena which is due to occur on Saturday 10 February. Clearly, as these images will not be available till 10 February, there are no illustrations yet of the upcoming stamps. 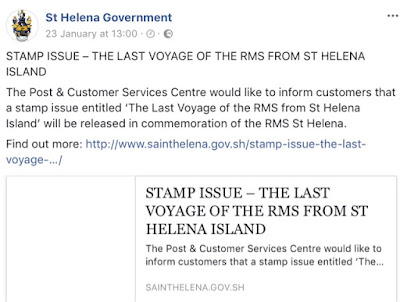 It is very pleasing that the St Helena government has come to terms with just how helpful stamps can be to its finances, how important it is to provide information to collectors and that there should actually be some new stamps available for it to sell to collectors.
Now, if only a few more of Harry Allen's clients could come to the same conclusions - Saint Lucia, Seychelles, Nauru, Jamaica - yes, I mean you. These postal administrations don't have to go wild like Gibraltar, Isle Of Man, Jersey and Guernsey, and certainly not like Cook Islands, Solomon Islands, Montserrat or Grenada - just a nice steady flow of attractive, reasonably priced, locally relevant stamps is all we ask for.