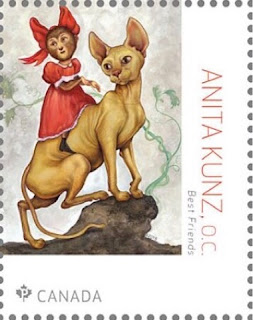 🇨🇦 Canada Post will issue 5 self-adhesive stamps sold in a booklet of 10 (2 x 5 different stamps) and 1 gummed miniature sheet on 5 April 2018 which will feature work by notable Canadian illustrators.
This interesting and colourful set was designed by Lime Design and lithographed by Lowe Martin. Rating:- *****. 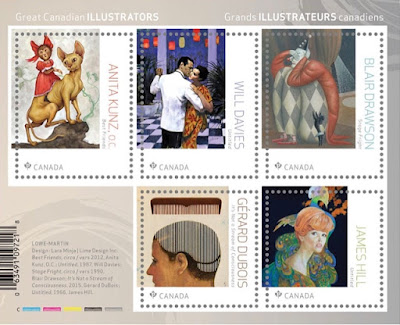 Previously Canada Post will have issued 2 self-adhesive stamps and 1 gummed miniature sheet on 1 March 2018 on the subject of the Lotus flower. The self-adhesive stamps come in 2 formats - from coils and from booklets (5 x 2 different stamps). This is another attractive issue and was designed by Eunike Nugroho. Rating:- *****. 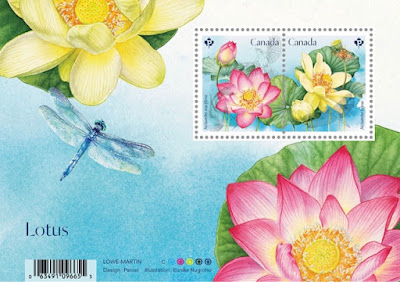 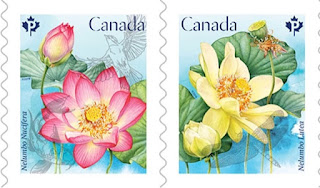 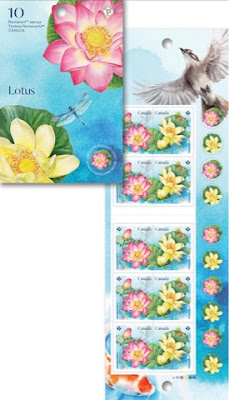 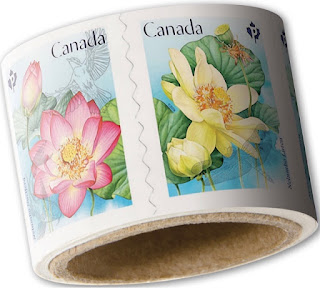 🇮🇳 India Post issued a single stamp on 23 February 2018 to commemorate the late Bommireddy Naji Reddy who was a notable Indian film producer and twice President of the Film Federation of India. The stamp design is rather dull and unimaginative sadly. Rating:- **. 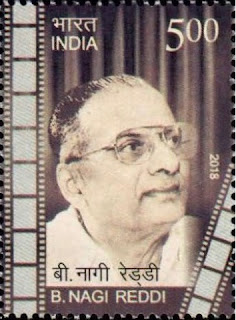 🇫🇯 Fiji Post issued a set of 4 stamps on 5 February 2018 to commemorate Fiji's Presidency of the United Nations Climate Change Conference which took place in Bonn from 6 to 17 November 2017. COP23, as it is known, was concluded with the 'Fiji Momentum For Implementation' which outlined the steps that needed to be taken in 2018 to make the previous Paris Agreement operational. Rating:- *****. 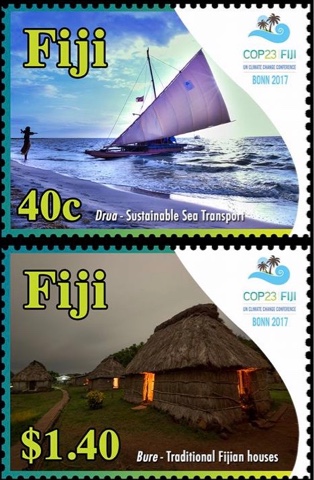 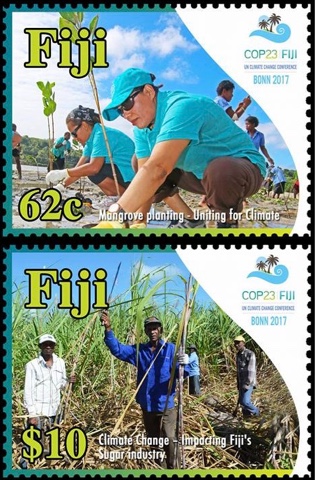