🇨🇦 Canada Post will issue a set of 5 self-adhesive stamps (issued in booklets of 10 - 2 x 5) and 1 gummed miniature sheet on the subject of Birds of Canada. This is the second part of the series which features the bird emblems of Canada's provinces. The depicted birds are the Osprey (Nova Scotia), the Gyrfalcon (North West Territories), Common loon (Ontario), Blue jay (Prince Edward Island) and Great grey owl (Manitoba). The issue was designed by Mike Savage of Signals Design from illustrations by Keith Martin. The issue was lithographed by Canadian Bank Note. This is an excellent set with beautiful illustrations and it won't have any trouble finding a place in my collection. Rating:- *****. 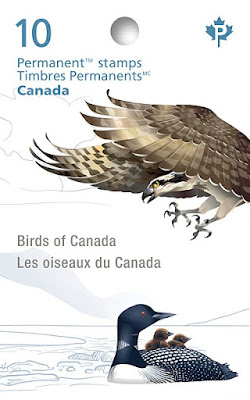 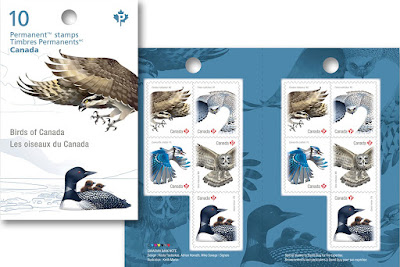 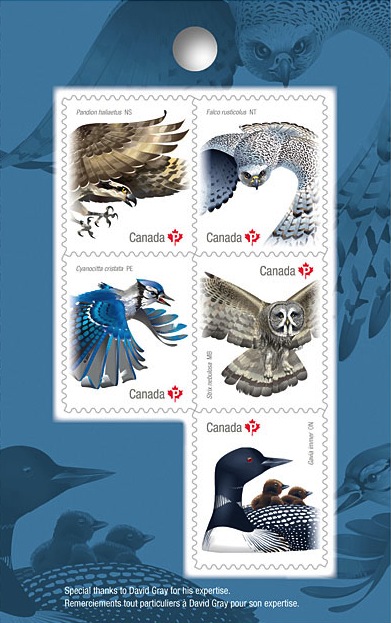 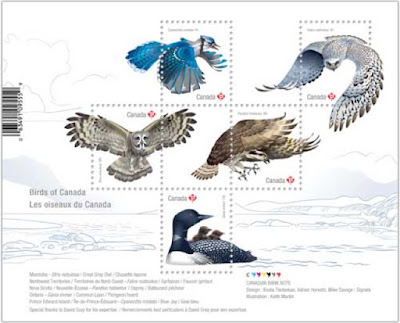 Canada Post will also issue a set of 5 self-adhesive stamps from booklets of 10 and 2 gummed miniature sheets (one containing 3 stamps and 1 containing 2 stamps) on 4 July 2017 as the final part of its 5 year series on 150 Years of Canadian photographs. The issue was designed by Stephane Huot and lithographed by Canadian Bank Note. I have not been very keen on the stamps of this series because the stamps' size is usually too small to fully enjoy the depicted photographs. This issue is no exception. Rating:- **. 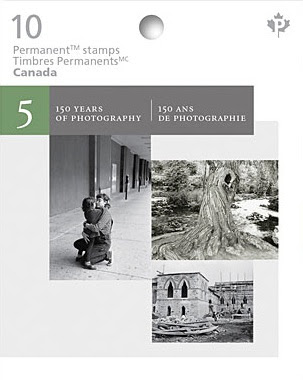 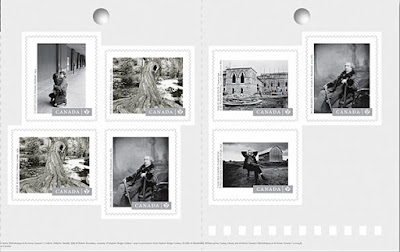 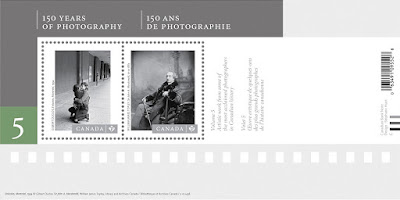 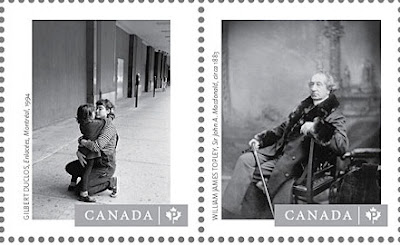 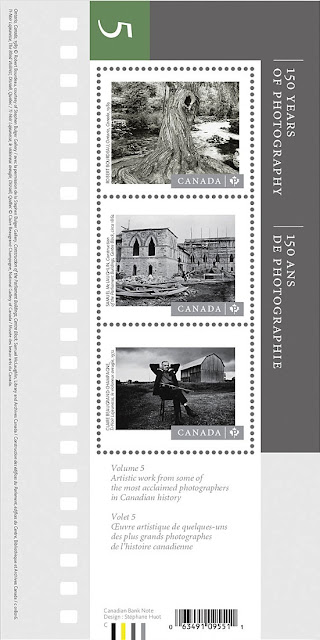