557. Malta Commemorates Its Role In The Gallipoli Campaign. 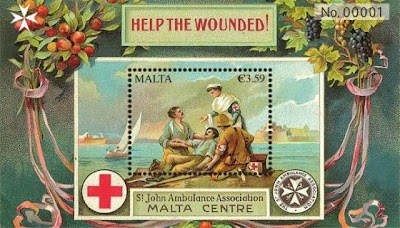 Malta Post will issue one miniature sheet on 25 April 2015 as its second issue to commemorate the centenary of Malta's role as a hospital in the First World War. This excellent item depicts medical and nursing personnel tending to an injured soldier with a view of Valetta in the background. The date of issue recalls the date when Allied troops landed on the beaches of the Gallipoli Peninsula 100 years ago. As a result of the Ottoman victory in the Gallipoli campaign there were over 21000 British casualties along with 10000 French dead, 8709 from Australia, 2721 from New Zealand and 1358 from India. 58000 injured men were treated in Malta. 300 ANZAC troops are buried in graves in Malta.
The issue was designed by MaltaPost and lithographed by Printex:-

The Falkland Islands Post Office will issue a set of 4 stamps on 12 May 2015 as the 4th part of its "Colours In Nature" series. The designs feature 2 birds - a Black-throated finch and a Dolphin Gull as well as 2 examples of the territory's flora - the Fuegian fern and the Yellow daisy. As ever, another excellent set from the Pobjoy Stamps/Creative Directions stable - the set is of modest face value, complete local relevance and top rate design:- 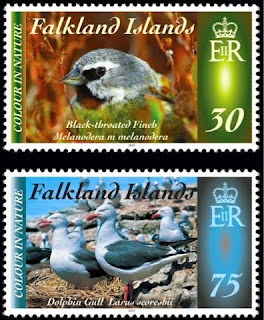 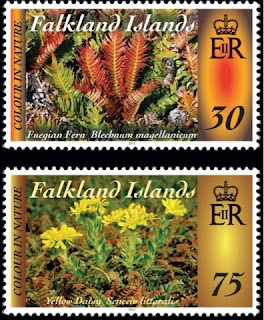 Jersey Post will at last release a set of stamps which has meaning to the island itself on 9 May 2015 when the 70th anniversary of the island's liberation from Nazi occupation is commemorated by 6 stamps and 2 miniature sheets. The excellent designs are by Mark Morck/Hat Trick Design and the issue will be printed in lithography and intaglio.
The £1 miniature sheet features the former British prime minister, Sir Winston Churchill, and a quote from him, "...and our dear Channel Islands are also be freed today." This coincides with the 50th anniversary of his death:- 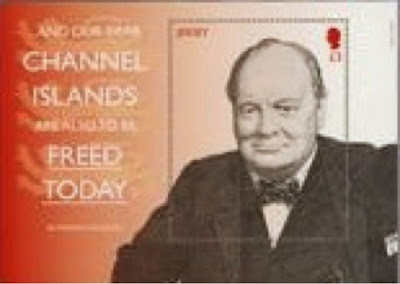 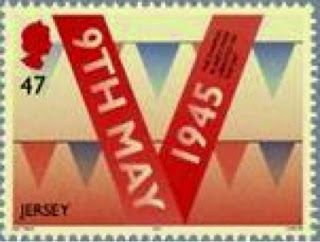 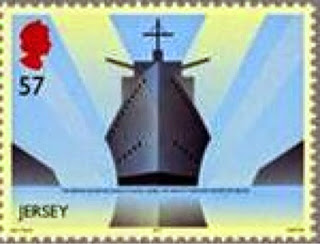 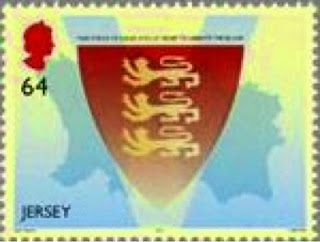 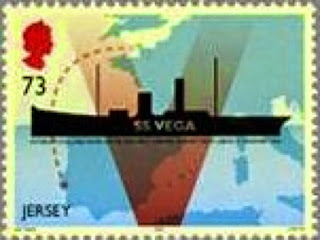 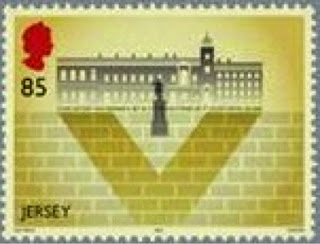 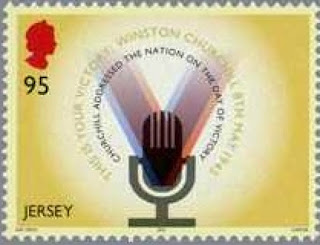 The postal administration of  The Turkish Republic Of Northern Cyprus issued a pair of stamps on 1 April 2015 on the subject of the fight against cancer. Both stamps carry a charity surcharge and the 1 Turkish lira + 10c stamp is notable for a spectacularly gruesome design of a chest cavity opened up to reveal the lungs with the upper lobe of the left lung eaten up by cancer - enough to make the most ardent smoker think twice before putting another cigarette in their mouth:- 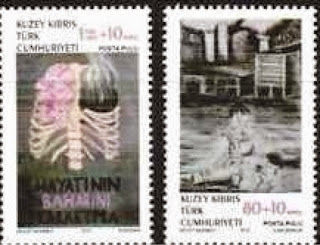 The miniature sheet which commemorates the 175th anniversary of the Penny Black which will be issued by Royal Mail on 6 May 2015 will be overprinted around the edges of the block of 4 stamps contained in the miniature sheet with the inscription "BUSINESS DESIGN CENTRE EUROPHILEX 2015 13 - 16 MAY LONDON N1 EUROPHILEX 2015" and sold only in a presentation pack at an increased price of £4.95p although the presentation pack would normally cost £3.05p with the face value of the stamps being no more than £2.52p. Only one of these packs will be sold per customer per day so anyone venturing on an expensive trip to London will want to take a collection of disguises along with them to wear so that they can buy multiple examples of this item and sell them at an extortionate profit to those who do not get to Islington:- 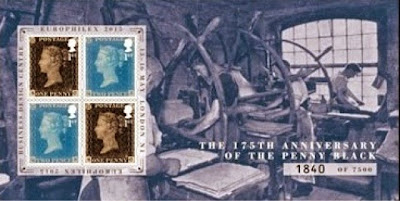 Back to MaltaPost which issued a pair of stamps on 21 April 2015 which depict local aqueducts and specifically commemorate the 400th anniversary of the Wignacourt Aqueduct. The issue was designed by Cedric Galea Pirotta and lithographed by Printex:- 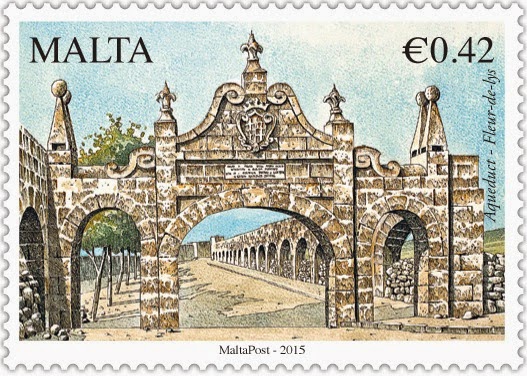 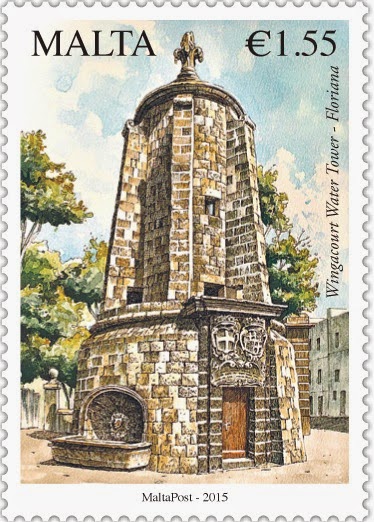 In addition to the basic sheetlet, Sri Lanka Post released the "Solar System" item of 10 stamps with an additional inscription in the lower border to commemorate the National Stamp Exhibition of 2014:- 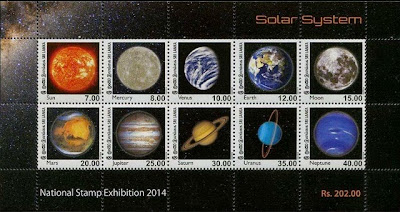