546. The Queen's 89th Birthday And Waterloo Stamps From Isle Of Man. 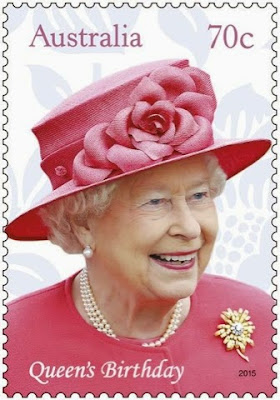 Australia Post will issue 2 stamps on 7 April 2015 to commemorate the 89th birthday of Queen Elizabeth II. The 70c value depicts a photograph of the Queen by Chris Jackson on a visit to the Ebony Horse Club and Community Riding Centre in Brixton in October 2013. The second value, the $2.75c, depicts a photograph by Toby Melville which shows the Queen at Windsor Castle in April 2014 on the historic occasion of the first-ever state visit of an Irish President, Michael D Higgins, to Britain. The stamps were designed by Simone Sakinofsky.
A miniature sheet, cost $3.45c, a "Prestige booklet" costing $14.95c and a sheetlet of 5 x $2.75c self-adhesive stamps will also be issued and the total cost to "one of everyhing"collectors of all the postally valid items issued in this set amounts to $35.70c (currently equal to £18.27c):- 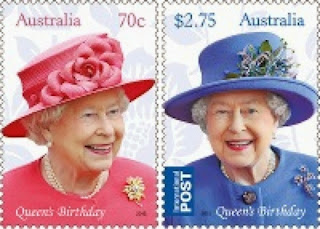 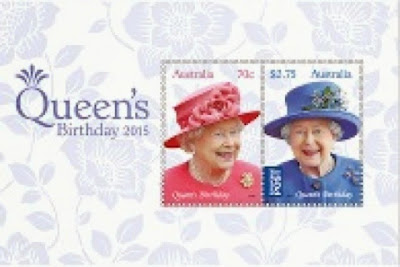 Isle Of Man Stamps And Coins will issue a fine-looking set of 8 stamps on 8 May 2015 to commemorate the bicentenary of The Battle of Waterloo where the French tyrant Bonaparte finally met his, er.....Waterloo and as a result of his defeat was finally exiled to the island of St. Helena. The stamps were designed by MM and C and printed in lithography by Lowe-Martin:- 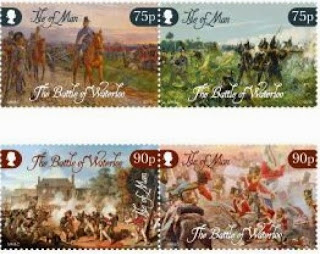 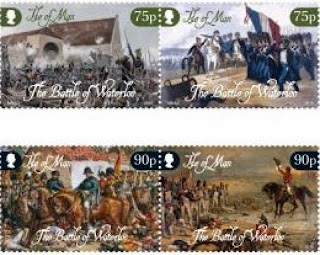 The designs of the new Royal Mail Post And Go "Heraldic Beasts" stamps can now be found on the Internet and will be issued on 13 May 2015. There will be 3 versions of each stamp - those sold in packs from the Royal Mail Philatelic Bureau, those sold from IAR kiosks at the Europhilex exhibition in London and those sold from NMR kiosks in ordinary post offices - so, another 18 new stamps from Royal Mail to add to the 2015 grand total. Did Royal Mail miss a trick with this set? - might it not have included the heraldic Boar of King Richard III to coincide with the current mania centred around the king's recent reburial in Leicester Cathedral especially as the king was the founder of the College of Arms?:- 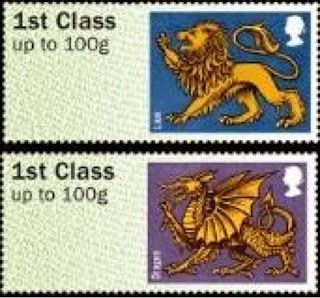 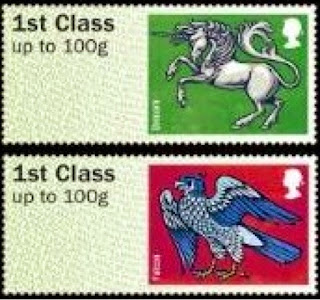 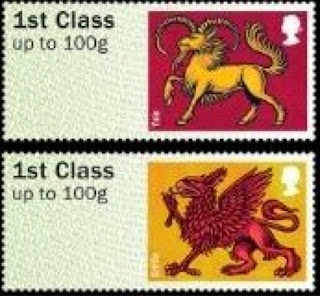 The New York-based philatelic agency, IGPC, has announced its latest issue of philatelic products and the client countries whose names are printed on these items are:-
Antigua And Barbuda - 2015 - Paintings by Vincent Van Gogh - 1 sheetlet and 1 miniature sheet:- 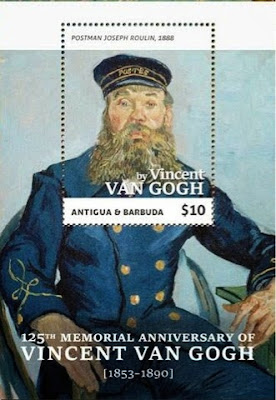 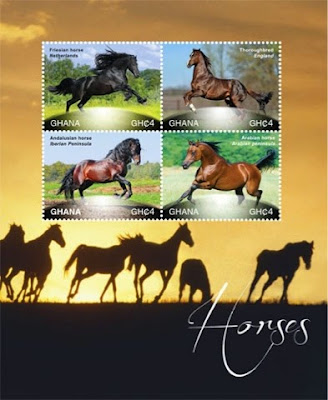 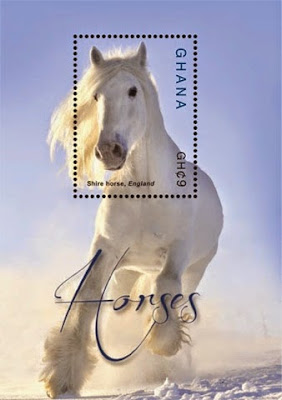 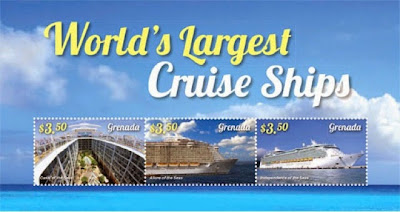 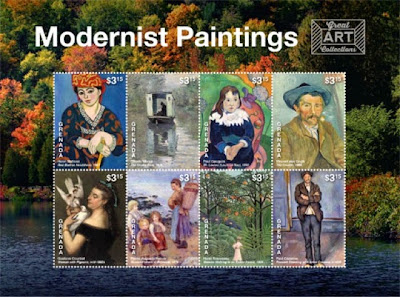 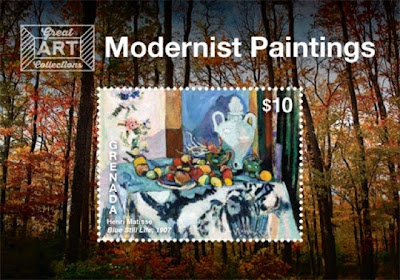 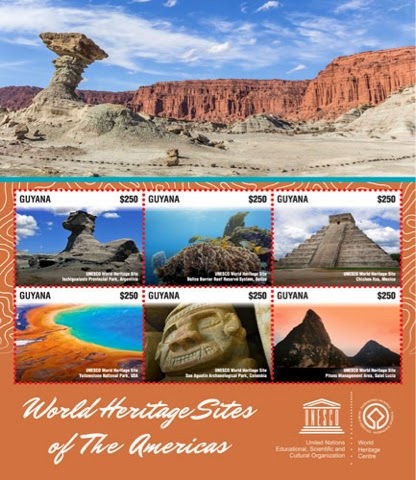 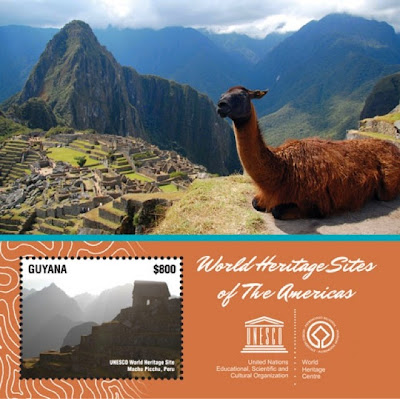 Montserrat - 24 March 2015 - The Leatherback turtle - 1 sheetlet of 4 different stamps and 1 miniature sheet. Apparently the Leatherhead turtle has been recorded only very rarely in Montserrat and has never been recorded as nesting there:- 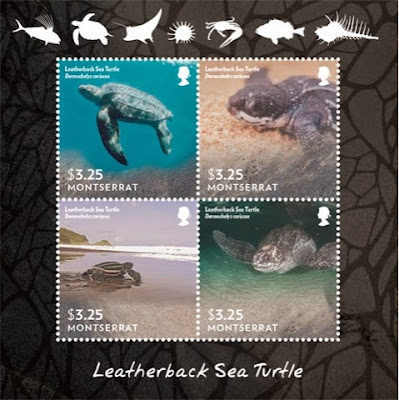 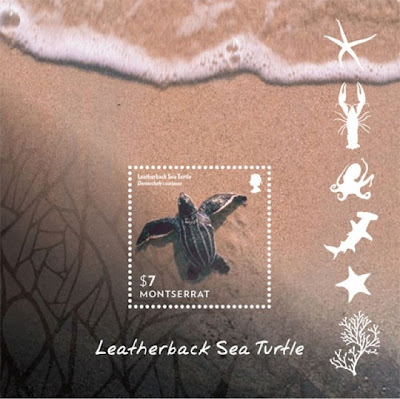 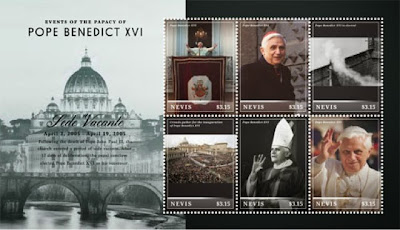 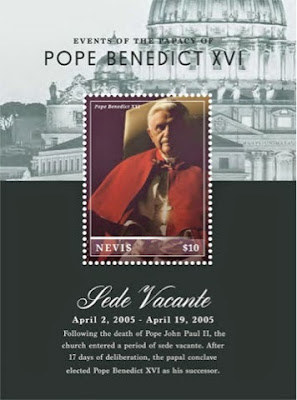 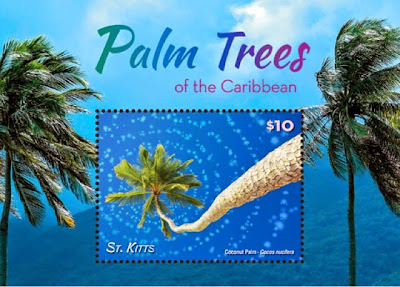 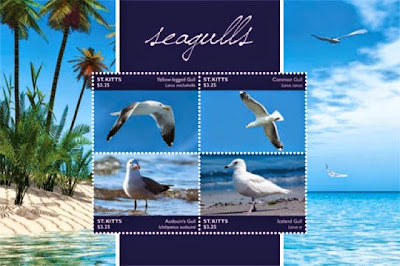 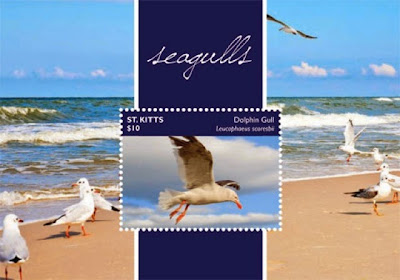 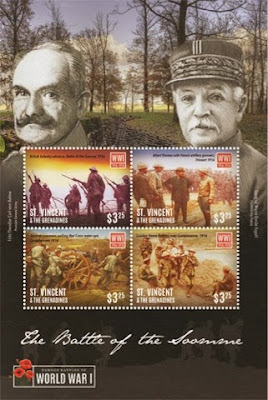 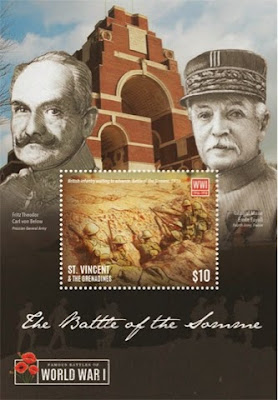