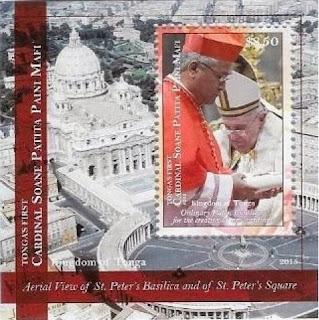 Philatelic Collector Inc. has announced its latest philatelic products produced in the name of its client territories in the Pacific Ocean area. For Tonga it released a set of 3 stamps and 1 miniature sheet on 1 April 2015 which commemorate the appointment of the first ever Tongan cardinal of the Catholic Church on 14 February 2015 - Soane Patita Paini Cardinal Mafi. These items were designed by Alison Bjertnes:- 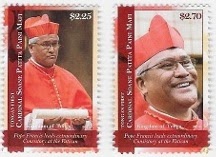 Two miniature sheets have also been released for Tonga to commemorate Easter - both contain 4 different stamps which depict old painings and each has the face value of 9 Tongan dollars and are said to have been issued on 3 April 2015. One of the miniature shees is inscribed "Niuafo'ou":- 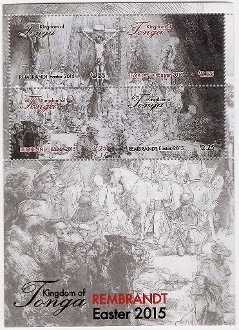 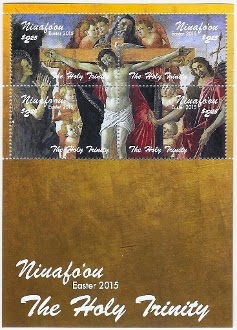 Philatelic Collector has also issued a further sheetlet for Easter (more old paintings said to have been released on 2 April 2015 and designed by Melissa Cato), again containing 4 different stamps, in the name of Samoa:- 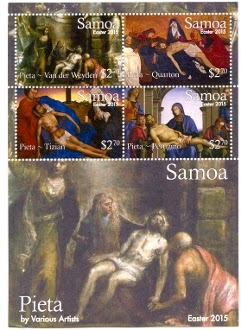 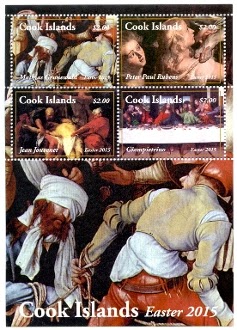 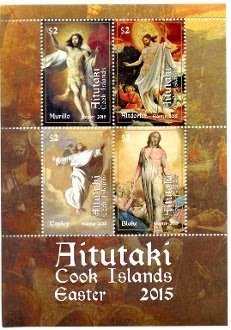 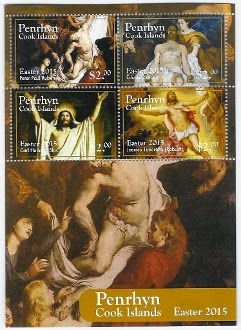 Pakistan Post suddenly withdrew a recent issue from sale, that commemorating the Executive Council Meeting of the APPU in Islamabad (see Blog 543), when an error was discovered in which the logo of the meeting at the upper left part of the stamp has the inscription "AAPU-EC" placed In it rather than the correct acronym "APPU-EC". As detailed in Blog 543 the issue was released on 24 March 2015 so that the stamp was on sale for about 3 weeks in total:- 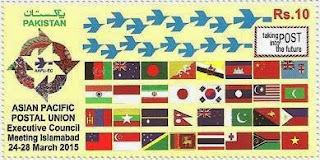 Images of the set of 6 stamps which Royal Mail will issue on 2 June 2015 to commemorate the 800th anniversary of Magna Carta can now be viewed on the Internet. Details of the subjects of the designs were listed in Blog 554. This is a very interesting set and cleverly illustrates many of the landmark developments in the history of Freedom firstly in England, then Great Britain and then its former colonies and in The Commonwealth.
The illustrations are original and even though very few children collect stamps in these present times, this is a set of which school teachers should be made aware so that they could be used as educational tools to teach their pupils about some of the landmarks of Freedom. There can be no more apt a set of new stamps than this at a time when the British are once more celebrating their Freedom by preparing to go to the polls to freely elect a new government:- 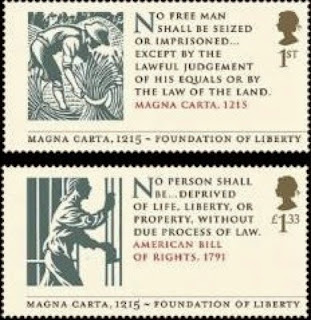 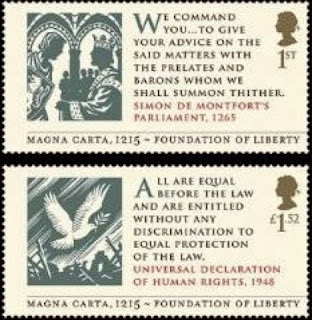 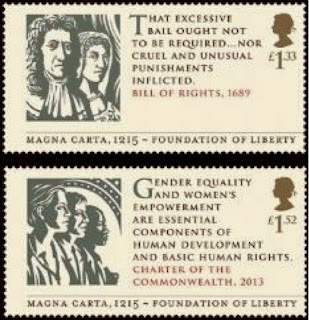 India Post issued a single stamp on 18 April 2015 to commemorate the centenary of Patna High Court:- 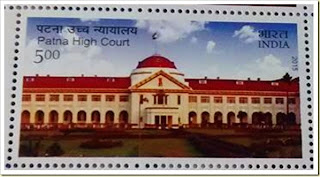 I have now received my New Zealand Post pack of personalised stamps of 2015. There are a few interesting items in it which would interest thematic collectors - for instance 3 gummed stamps feature birds (the Purple swamphen, a South Island robin and a Bellbird) while a self-adhesive features an Australasian gannet with another featuring the logo of the South Auckland Philatelic Society which features a bird in flight. There are also 2 booklets (each of 10 different 70c stamps) which commemorate the twinning of Wellington with Sakai in Japan and one of the stamps depicts a crane of some sort:-