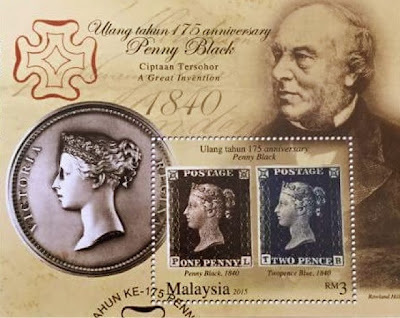 Pos Malaysia will issue a miniature sheet on 30 April 2015 to commemorate the 175th anniversary of the Penny Black and Twopenny Blue, the world's first postage stamps which were issued on 6 May 1840. As well as the depiction of the 2 stamps, the design also includes a picture of Rowland Hill who was born in Kidderminster in the English West Midlands on 3 December 1795 and who introduced the reform of the postal service which included the introduction of adhesive postage stamps as a means of indicating prepayment of postage.
New Zealand Post will issue a set of 5 stamps and 1 miniature sheet on 5 May 2015 on the subject of native seashells. The issue was designed by Stamps And Collectables New Zealand Post and lithographed by Southern Colour Print:- 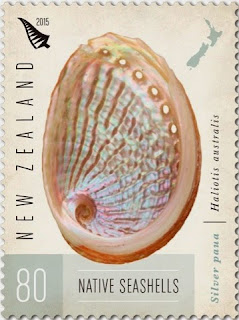 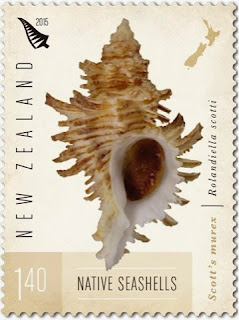 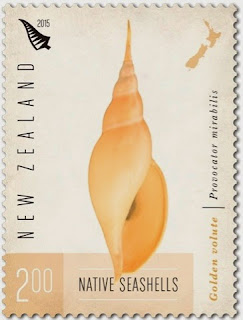 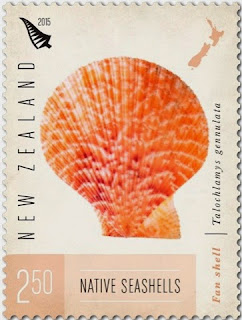 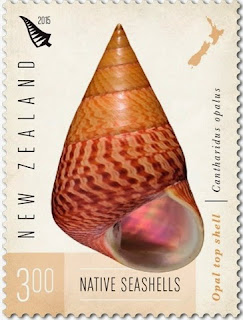 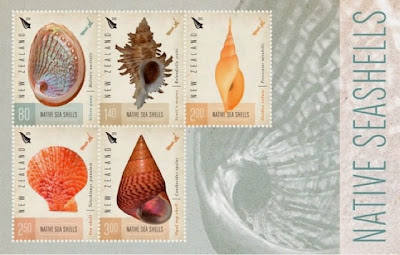 Canada Post issued a set of 5 self-adhesive stamps issued in booklets of 10 and 1 gummed miniature sheet containing all 5 stamps on 13 April 2015 on the subject of Dinosaurs. In a format similar to the dinosaur stamps issued by Royal Mail in 2013, these stamps have the depicted dinosaur bursting out from the edges of the stamp so that the stamps are irregularly shaped:- 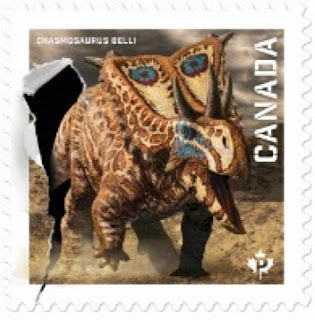 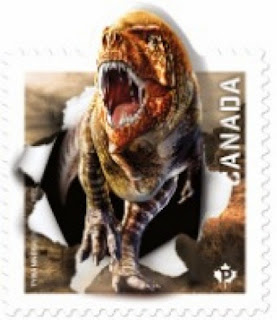 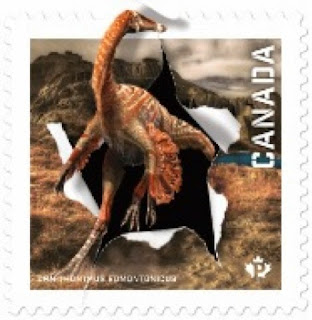 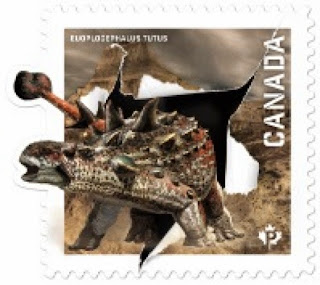 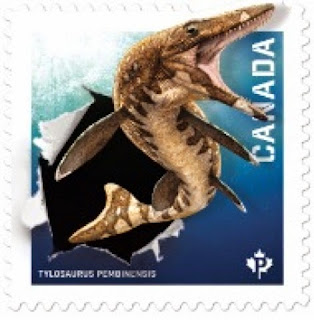 Belize issued a modest pair of stamps on 8 April 2015 to commemorate the centenary of the Salvation Army in Belize:- 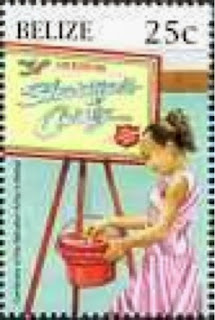 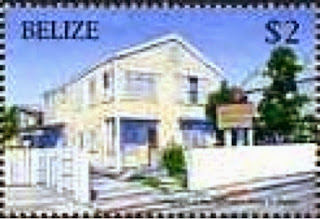