519. The Quest - Tracking Down Information On New Issues. 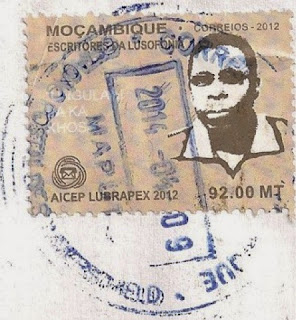 As pointed out in Blog 518, the world of new issue collecting is vastly different from the 1960's and even the 70's which were my early days of stamp collecting. Then, in 1965, the British Post Office issued the equivalent of what now would be £17 worth of new stamps but in 2015 that sum has risen to a projected sum of about £430. 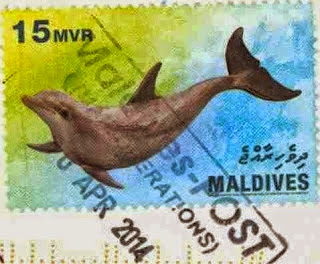 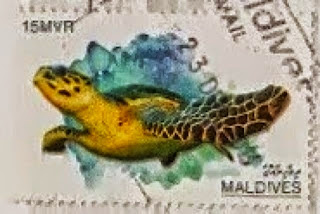 The stamp featured at the head of this piece commemorates the philatelic exhibition Lubrapex 2012 which I believe was an international exhibition which showcased the stamps of the Portuguese-speaking countries which belong to a sort of Portuguese Commonwealth postal organisation, AICEP. It was intended that the territories attending the exhibition, which was held in Sao Paulo from 11 to 20 November 2012, should each issue a stamp to commemorate the event - examples are known from Macao and Cape Verde and others were announced for Angola, Brazil, Guinea Bissau, Portugal, Sao Tome And Principe and Timor Leste - and each design should feature a Lusophone writer of relevance to the issuing country. The depicted Mozambique stamp (presumably the only value in the set and also presumably issued on the opening day of the exhibition - that is - 11 November 2012) depicts the Mozambican novelist and short story writer, Ungalani Ba Ka Xhosa who was born in 1957. The stamp looks as though it was printed locally in Mozambique.
I noticed the stamp in the illustration of a complete cover featured in the very interesting Blog Worldwide Covers  by Florian Tirk. His Blog is well worth a visit and many covers are illustrated and help to give an impression of which modern stamps really do get used on mail as opposed to those which are produced solely with the intention of extracting money from collectors.
Although Stamperija has been selling the stamps of Mozambique for several years I have not seen this particular stamp listed by the agency. It would be nice if an agency which produces several hundred "stamps" per year in a country's name would not only sell its own products to collectors but would go to the trouble of giving information about and supplying that country's real stamps to the collecting world as well.
Who knows what stamps are out there which are finding their way on to local mail but rarely coming to collectors' notice. Mozambique's new issues from 1998 are among the the most difficult about which to discover information. I have previously written blogs about their rare surcharge issues and since 2003 there are 3 stamps which apart from the 2012 Lubrapex stamp have not received any publicity but have been listed on the WNS stamp listing site although I have never seen them offered for sale or seen pictures of them used on mail.
The first is a single stamp said to have been issued on 7 November 2003 which commemorated the music conductor Justino Chemane who composed the Mozambique National Anthem:- 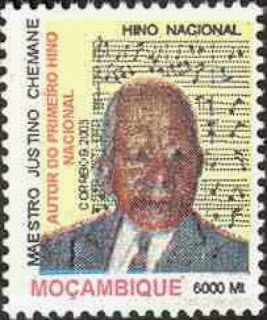 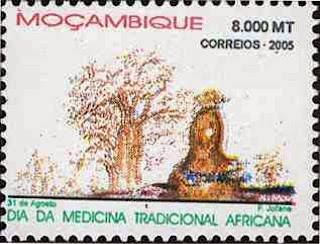 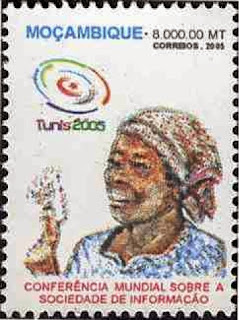 I suspect that there has been at least one more stamp produced for real use on mail in Mozambique - in 2014 another omnibus issue was produced for the Lusophone countries to commemorate the 800th anniversary of the Portuguese language. The date of issue is said to have been 9 October 2014 and involved joint issues by Angola, Brazil, Cape Verde, Mozambique, Sao Tome And Principe and Timor Leste. The single stamps are presumably all in a similar design to that of Portugal itself which is depicted below:- 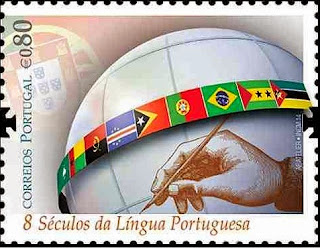 The design which depicts the flags of the members of AICEP reminds me very much of the joint issue of 2010 which commemorated the 20th anniversary of AICEP:- 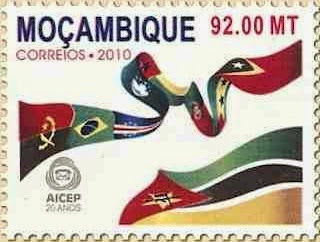 Timor Leste which has expressed an interest in joining The (British) Commonwealth (in anticipation of which I have formed a collection of the modest number of stamps issued by the country) issued a similar stamp though I have not seen any news or illustration of the 2 more recent omnibus issues mentioned above:- 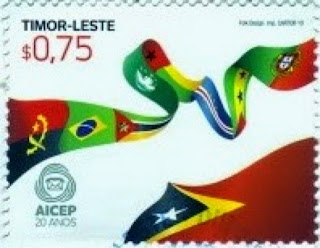 Meanwhile, one philatelic entity which is generous in providing publicity for its stamp issues is Jersey Post. In its Jersey Stamp Bulletin, Jersey Post details yet another new issue for 2015 - this time a set of 6 stamps on the subject of model railway engines to fit in with the Europa theme of "old toys". All 6 stamps depict toy railway engines made by the British company, Hornby, which does not appear to have any particular links with the island of Jersey so the relevance of the subject matter to Jersey seems a little dubious (though Frank Hornby did set up a factory in New Jersey, USA, for a while!) The stamps were designed by True North from artwork supplied by Hornby Hobbies Ltd. and lithographed by Cartor. The face value of the set which will be issued on 24 March 2015 is £4.07p which brings the total face value of new stamp issues in 2015 from Jersey up to late March to £31.77p (including the 18 "Post And Go" stamps/exhibition souvenirs).

It appears that Jersey Post will then have the bit between its teeth as it is planning to issue a set of no obvious relevance to the island commemorating the Hubble Telescope ("Hubble - 25 years of space exploration") on 24 April 2015 followed by a totally relevant set on 9 May 2015 to commemorate the 70th anniversary of Jersey's liberation from Nazi occupation. After that a further 10 issues are planned for 2015! There's some information that you really don't want to know about.
Following on from the Return of Gandhi issue which was released on 8 January 2015 (see Blog 511), India Post has released 2 more stamp issues during January 2015. The first is comprised of a single stamp which appeared on 22 January 2015 on the subject Beti Bachao - Beti Padhao which is an initiative to address women's issues and to reverse the trend of a declining female to male ratio in children:- 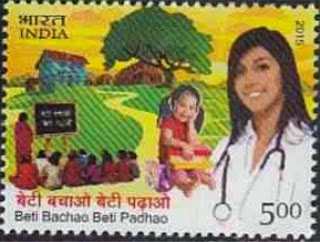 The second issue was released on 30 January 2015 and takes the form of a miniature sheet consisting of 3 different stamps on the subject of Swachh Bharat - cleaning up India. The Swachh Bharat mission was launched by the Indian government on 2 October 2014 to clean achieve "Clean  India" and among its aims is the goal of providing access to toilets for all Indian households and the making of adequate arrangements for waste management. This reminds me of the issue from Samoa for World Toilet Day which I mentioned in Blog 499I. 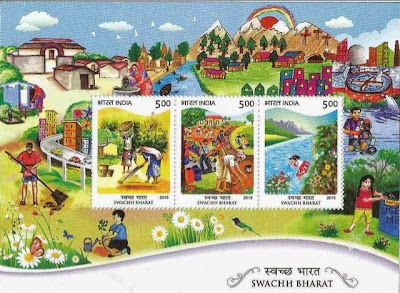