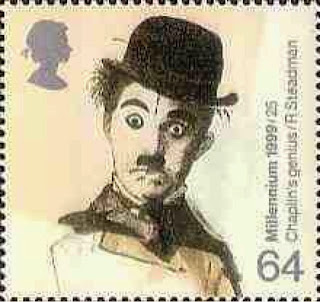 The list of British comedians who will be commemorated by the upcoming Royal Mail stamp issue to be released on April Fools Day and titled Comedy Greats is surprising since it includes a large number of living comedy performers, some more worthy of commemoration than others, and at the same time manages to ignore some of the truly great British comedians of the past fifty years or so.
Furthermore, a couple of the comedy personalities who have been featured on previous stamps quite recently are given a repeat performance in this latest issue which provides another example of the lack of imagination shown increasingly by those who choose subjects for portrayal on British stamps as is also the case with another soon-to-be issued set, that of British bridges (see Blog 520).
The comedy performers who are to be featured in the upcoming set are:- Spike Milligan, The Two Ronnies, Billy Connolly, Morecambe and Wise (Eric Morecambe was included in a set issued in 1998), Lenny Henry, Peter Cook and Dudley Moore (Cook was also featured on a stamp from the 1998 set), Norman Wisdom, the Monty Python team, French and Saunders and Victoria Wood.
In the past, Britain's greatest comedy performer, Charlie Chaplin, has been depicted on 2 British stamps - 1 of the stamps from the Performer's Tale part of the 1999 Millenium issue and 1 stamp from the 1985 British Films set which depicted Chaplin as an older man in a photograph taken by Lord Snowden, the Queen's former brother-in-law (shown above and below):- 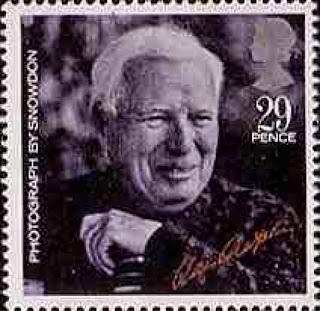 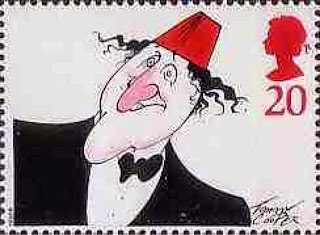 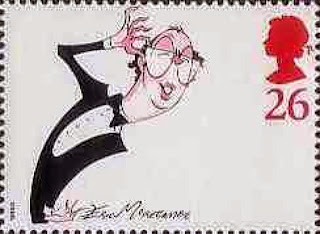 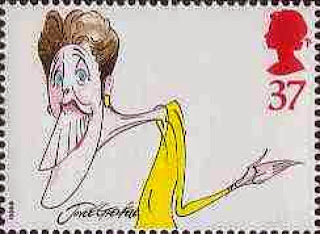 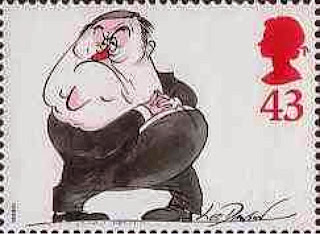 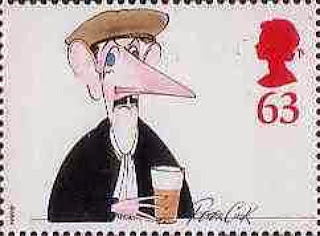 In the upcoming issue Peter Cook will be depicted with Dudley Moore:- 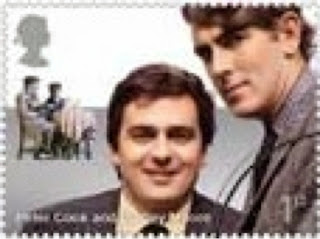 A number of British comedy performers were depicted on the 3 stamps which were issued in 2008 to commemorate the 50th anniversary of the Carry On films. Among those comedy actors/comedians who appeared on the Carry On Stamps were Bob Monkhouse, Dora Bryan, Kenneth Connor, Sid James, Kenneth Williams, Kenneth Connor, Charles Hawtrey and Harry H Corbett. A number of others are named on the film posters which were used as the basis of the designs:- 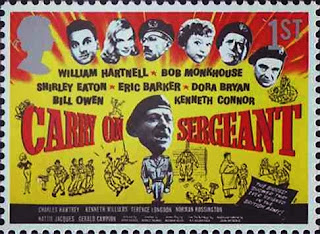 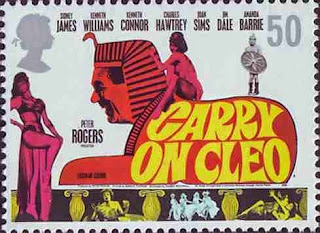 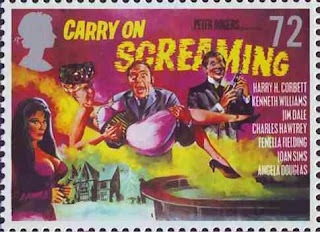 The earliest British comedy to be featured on British stamps is that of William Shakespeare - the set issued in 1964 to commemorate the quatercentenary of his birth included characters from two of his comedies - Puck and Bottom from A Midsummer Night's Dream and Feste from Twelfth Night:- 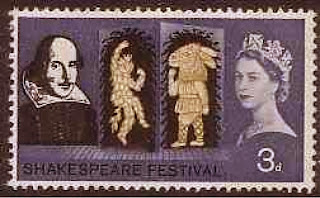 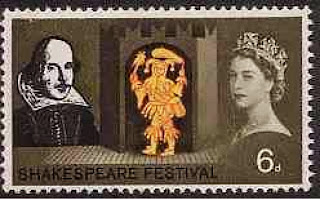 The set of 8 stamps which was issued in 2011 on the subject of stage musicals depicted a poster for a Monty Python musical Spamalot:- 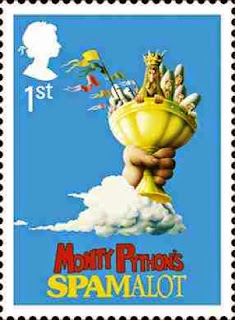 The various members of the Monty Python team will be featured in the upcoming set - to the left of the stamp in the background is a depiction of John Cleese acting out the famous Ministry of Silly Walks:- 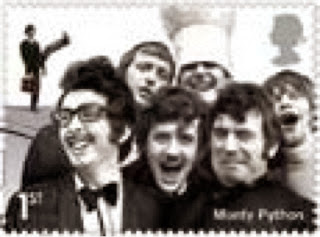 (See also Blog 532).
The most disappointing point about this new set is the omission of some very important comedians whom Royal Mail has chosen to ignore. The most likely reason for omissions of comedians such as Benny Hill, who at the time of his greatest popularity was internationally famous. is that of political correctness. There is no doubt that by modern standards Benny Hill's comedy is considered to be sexist in nature (and frankly his comedy was not to my own personal taste) but he enjoyed spectacular international popularity, especially in The United States, for a number of years.
Other British comedians have had troubled lives and one such was Tony Hancock whose greatness as a comedian is generally acknowledged and, despite his troubled life, he surely should have been included in this new set (there was controversy about his omission from the 1998 set) instead of subjects who have appeared on previously issued stamps or some of the living comedians whose achievements in the field of comedy are notable but hardly approach the importance of Hancock.
Some of those ignored by Royal Mail:- 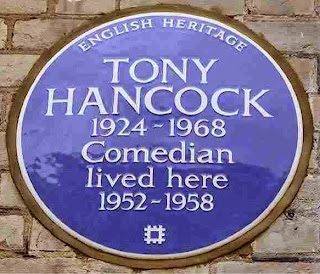 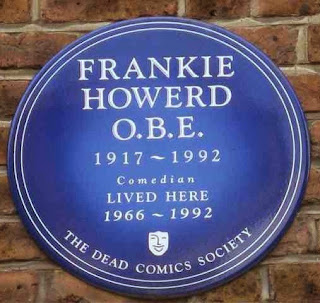 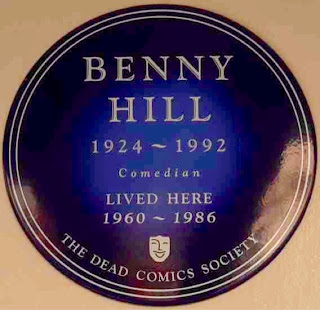