456. New Issue From Kiribati And Funny People From Canada.

Kiribati, whose new issue programme has been very conservative in recent years, has released a modest set of 4 stamps on the subject of mangroves. The stamps were issued on 16 June 2014 and designed by Denise Durkin and lithographed by Southern Colour Print. I presume that the subject matter is of great importance to this collection of tiny islands as mangroves may play a role in protecting the islands from the rising sea level which has been attributed to global warming.

The latest issues from Canada Post are quite modest (especially when one compares them with the continuing flood of issues from Australia Post and Royal Mail). On 29 August 2014 five stamps and 1 miniature sheet were released which commemorate notable Canadian comedians and comedy actors. The designs are by Kosta Tsetsekas, Mike Savage and John Belisle and the issue was lithographed by Canadian Bank Note Company. The featured comedy artists are Mike Myers, Jim Carrey, Martin Short, Catherine O'Hara and Oliver Guimmond. The stamps are self-adhesive from 5 booklets with different covers though each booklet contains all 5 stamps. The miniature sheet is gummed:- 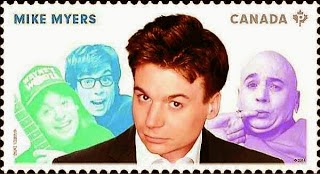 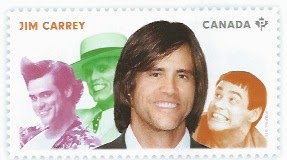 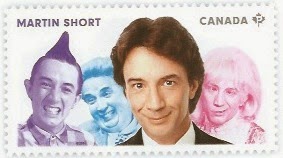 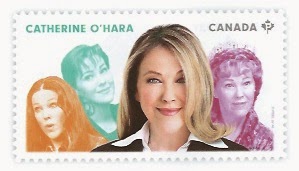 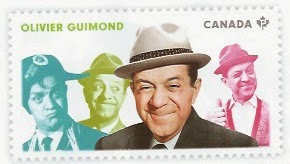 Canada Post will also issue a single self-adhesive stamp (produced in booklets of 10) on 29 September 2014 which is on the subject of the charity, Canada Post Community Foundation. The stamp was designed by Paul Haslip and lithographed by Lowe-Martin:-

Ireland's An Post issued a single stamp on 28 August 2014 to commemorate the Irish winner of the 1995 Nobel Prize For Literature, the late Seamus Heaney who died in 2013. The stamp was designed by Vermilion Design and lithographed by Irish Security Stamp Printers:- 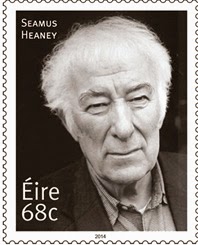 A couple of new stamp issues have been produced in the name of the tiny islands of the Grenada Grenadines and for some reason an issue to commemorate the 25th anniversary of the pulling down of the Berlin Wall has been produced for the islands. You might think that such an issue would depict Berlin but for a reason not clear to me the sheetlet of 3 different stamps and a $10 miniature sheet depicts, er, Nuremberg. It's a little like commemorating the Tower Of London with an illustration of Hadrian's Wall:- 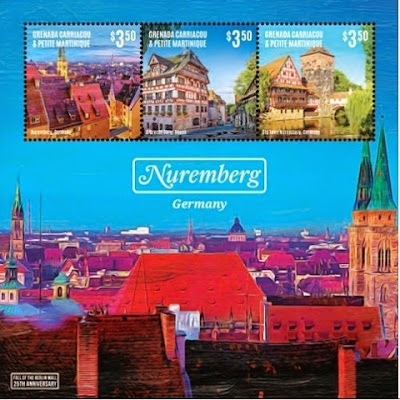 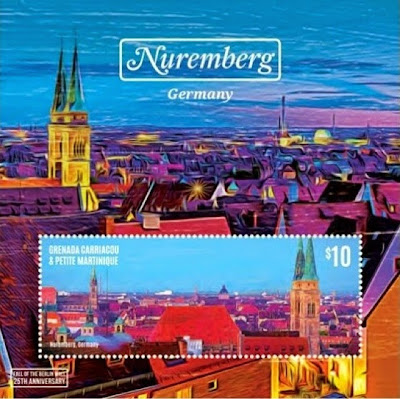 The second issue depicts "Orchids of The Caribbean" but not specifically any species found in the Grenada Grenadine islands. The issue is comprised of a sheetlet of 4 different stamps and 1 miniature sheet of 2 different stamps:- 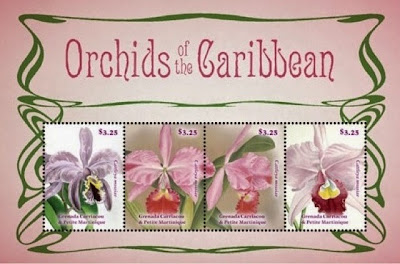 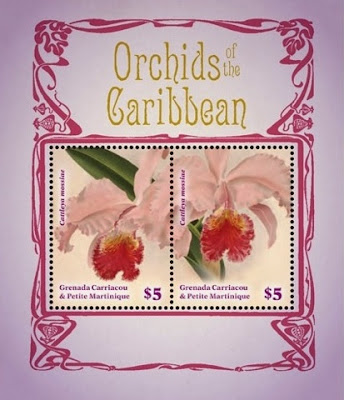 As indicated above, as usual no attempt has been made to make either of these issues have any direct relevance in subject matter to the Grenada Grenadine islands themselves.