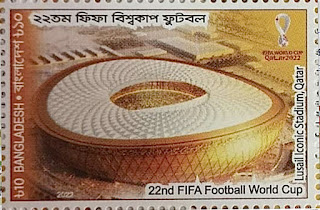 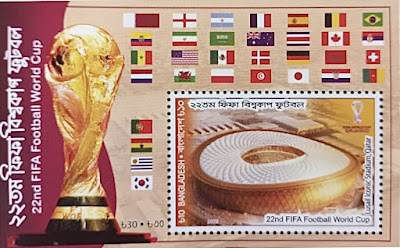 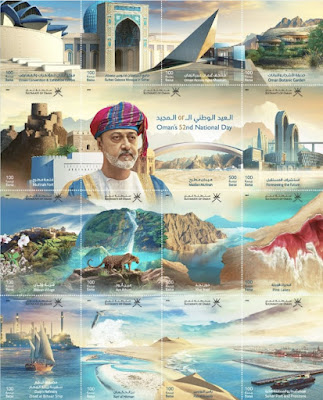 While the detailed new issue programme has not yet been announced, Royal Mail is offering a pre-release annual subscription for all 2023 issues (stamps and miniature sheets and including any extra issues announced during the course of the year) at a price of £195.40p. The offer closes on 12 January 2023 which presumably will be the day of issue of the first release of the year.

Royal Mail states that, “Our 2023 Special Stamps will cover a huge range of topics covering British culture, history, music, film and more …” and elsewhere it also states that the subjects covered will include British television.

An annual subscription for presentation packs is £208.95p and the price is £249.80p for first day covers.

Those responsible for planning Royal Mail new stamp issues are clearly responding to the ‘Cost of living crisis’ by encouraging the pensioners who for decades have collected their products and find it hard to give up, to spend the winter fuel allowance which the British government has distributed to them, on numerous expensive items to mount in their albums rather than to pay to keep their homes warm. 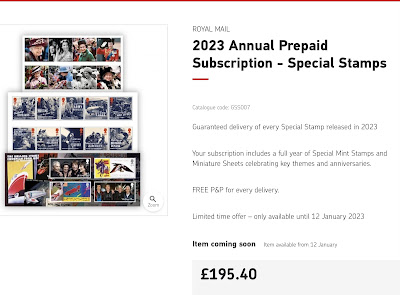