1535. 🇯🇪 Best Christmas Stamps Of The Year From Jersey?

🇯🇪 Jersey Post will issue what is probably the best set of Christmas 2019 stamps on 20 November 2019. The set depicts scenes from a children’s nativity play and the beautiful designs are by Sharif Tarabay and the stamps are printed in lithography with what are described as ‘kiss-cut’ perforations. Illustrations of the 8 stamps appear to depict them with conventional-looking perforations but the stamps are also to be sold in 8 sheetlets (each containing 10 stamps of the same value) and the illustrations of those suggest that they are rouletted. It is regrettable if Jersey Post has come up with an exceptionally attractive set but has found it necessary to issue them with two types of perforations hence doubling the cost to collectors.
The perforation issue aside, this is a lovely set of stamps. Rating:- *****. 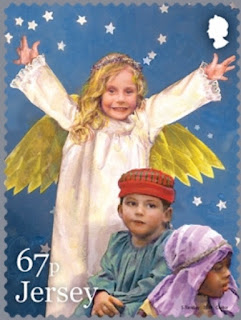 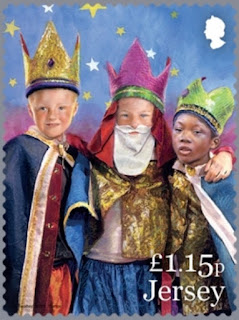 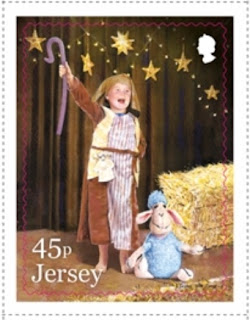 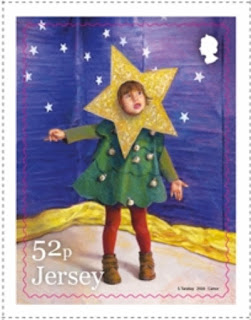 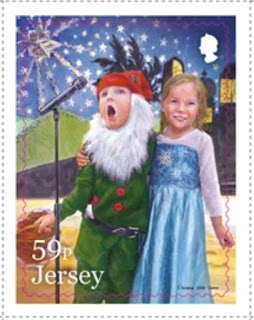 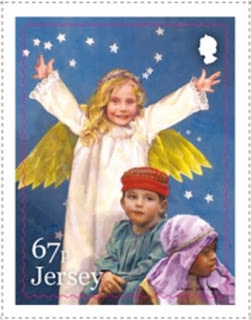 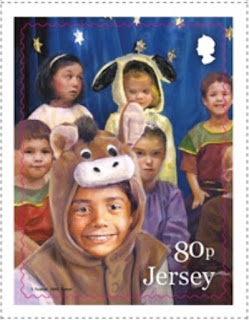 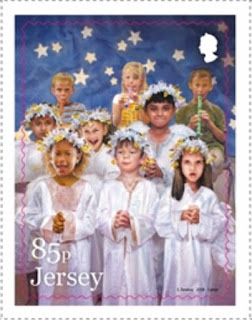 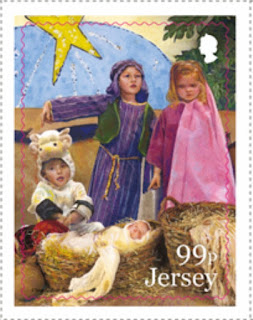 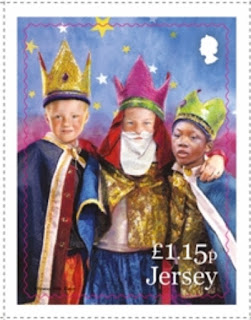 🇺🇬 Posta Uganda has recently added to its Facebook page the post depicted below which seems to be encouraging local businesses to sponsor postage stamps as a means of reaching ‘thousands of people per month’ by the message inscribed on the stamps, in other words, I assume, by using postage stamps as a means of advertising. I suspect that quite a lot of stamps now being released by some poorer postal administrations in particular are paid for by sponsors who are not necessarily commercial in nature but may be political (including donations by foreign states) or community groups.
I followed the ‘shop now’ button at the bottom of the posting but found that it lead to a ‘We’ll be back soon’ sign which didn’t seem like a very good outcome both for Posta Uganda’s efforts to boost its business nor for businesses trying to boost their’s by promoting themselves through the medium of the postage stamp. 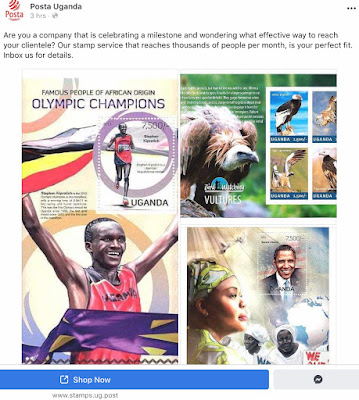 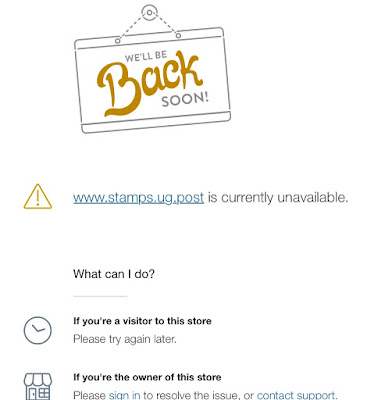 🇸🇬 Singapore Post will Issue 2 stamps and 1 miniature sheet as a joint issue with the postal service of Poland. The stamps depicting birds were designed by Sonny Lee and Andrzej Gosik and lithographed by Secura and perforated 13. Rating:- ****. 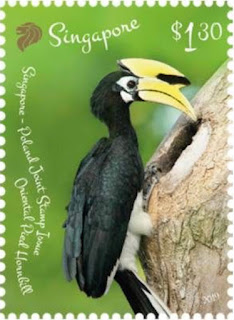 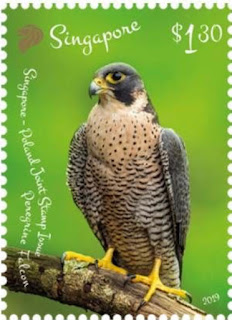 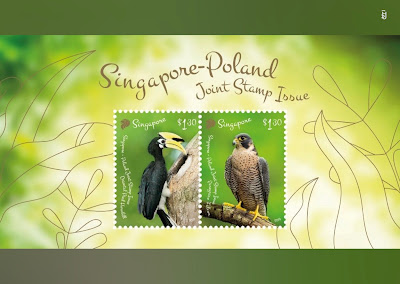