🇮🇳 2 October 2019 is the 150th anniversary of the birth of Mohandas Gandhi, known as Mahatma Gandhi, father of the nation of India and one of the greatest figures in modern history, especially of that of The Commonwealth. In previous Blogs I have reported recent issues from various Commonwealth postal administrations and philatelic agencies which commemorate the significant anniversary and a number have been issued on the actual anniversary. India Post itself has released a miniature sheet containing 6 octagonal and embossed stamps depicting Gandhi at various stages of his life with additional interesting illustrations in the lower border. A notable issue.
While many Commonwealth postal services are commemorating philatelically this great and remarkable man whose significance in British history as well as that of India is enormous, Royal Mail will be ignoring the anniversary and instead issuing a set of stamps to commemorate the 20th anniversary of the publication of the Gruffalo which is a pity given how many people now living in Britain are of Indian origin.
Rating:- *****. 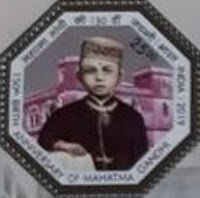 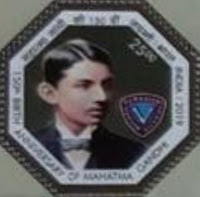 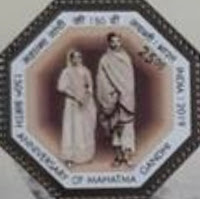 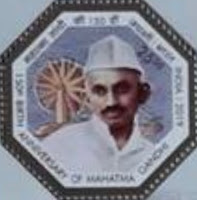 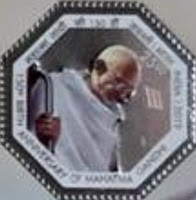 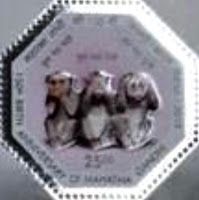 🇲🇲 The previously mentioned single stamp from the Myanmar postal service to commemorate the Gandhi anniversary was issued on 2 October 2019. 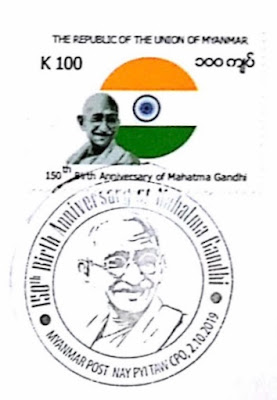 🇸🇨 The Seychelles postal service issued its first stamp of 2019 on 2 October to commemorate the Gandhi anniversary. An illustration of the issue is awaited.

🇲🇺 Mauritius Post also issued a single stamp on 2 October 2019 to commemorate the Gandhi anniversary. Not the most colourful or innovative of designs but respectful and dignified. Rating:- ***. 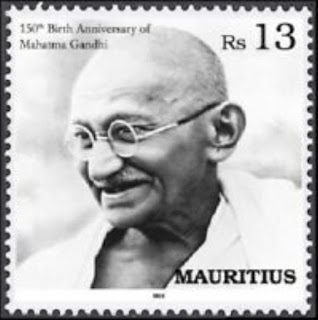 🇲🇹 A miniature sheet of 4 different stamps was also issued by MaltaPost on 2 October 2019 to commemorate the Gandhi anniversary. The issue was designed by MaltaPost plc and lithographed by Printex and perforated 14. Rating:- ***. 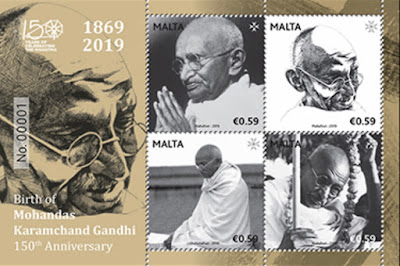 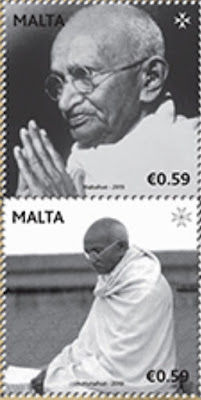 🇵🇬 The postal service of Papua New Guinea has released news of the recent issue of 2 sets of stamps:- 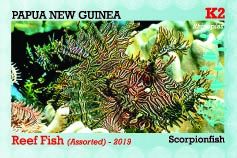 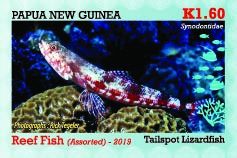 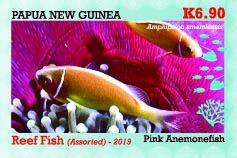 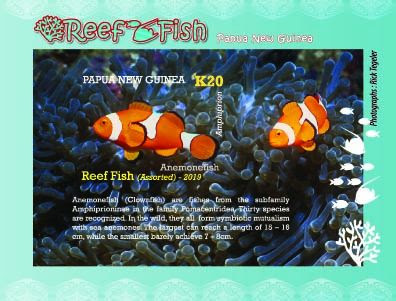 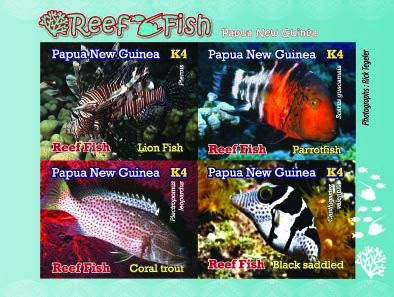 26 September 2019 - ‘Fresh produce’ (fruit and vegetables) - 4 stamps and 2 miniature sheets (1 containing a single stamp and the other 4 different stamps. Designed by Kin Kaunas and lithographed by Southern Colour Print. A worthy issue but rather dull. Rating:- **. 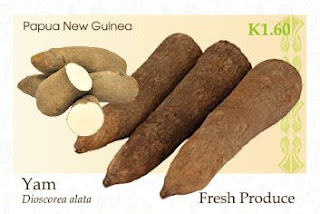 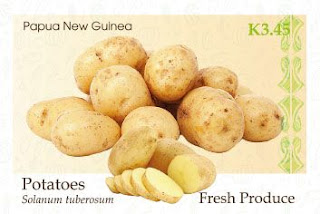 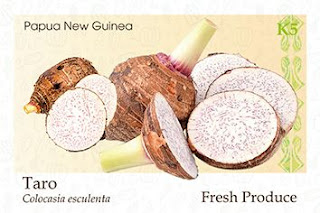 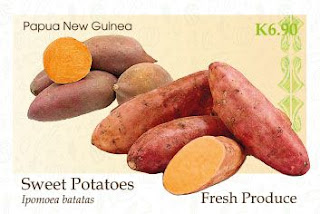 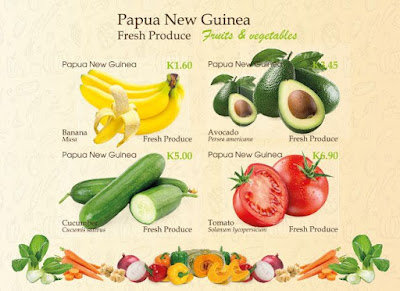 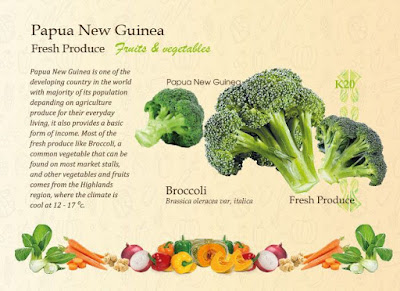